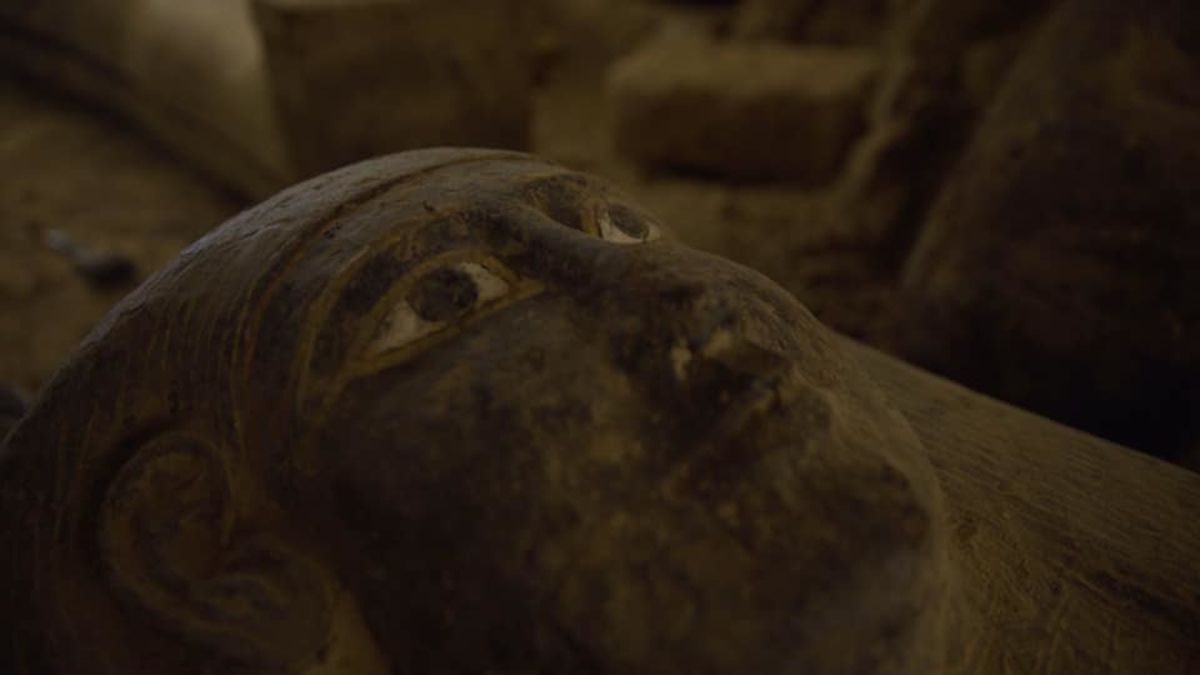 Archaeologists have discovered more than 13 ancient egyptian coffins piled on top of each other inside a burial pit in the desert necropolis of Saqqara, according to the Egyptian Ministry of Tourism and Antiquities.

The 2,500-year-old wooden coffins are so well preserved that the intricate designs on them, painted in blue, gold, white, black and red, are still visible.

The identity of the deceased buried inside the coffins remains a mystery; Archaeologists have yet to look inside the sealed coffins, which have not been opened since the bodies were buried inside, Egypt’s Ministry of Tourism and Antiquities reported in a Sept. 6 statement. Facebook post.

Archaeologists found the coffins in a pit about 40 feet (11 meters) deep. More of these coffins are likely to be found within niches located along the sides of the well, the ministry noted.

“[It’s] an indescribable feeling when witnessing a new archaeological discovery, “Khaled Al-Anani, minister of the Egyptian Ministry of Tourism and Antiquities, wrote on Twitter when tweeted a teaser of the discovery on September 6.

These found coffins are the largest find in Saqqara since then 30 wooden coffins they were discovered in a hiding place in Al-Asasif cemetery inside the necropolis in October 2019, the ministry said.

The newly discovered stacked coffins, and even the Al-Asasif deposit, are just a few of the vast number of humans and animal remains discovered in Saqqara, a gigantic necropolis and pyramid complex in Memphis, Egypt’s first capital, according to the American Research Center in Egypt (ARCE), which was not involved in the new discovery. Located about 20 miles (30 kilometers) south of Cairo, Saqqara was also the final resting place of the kings who ruled during the first and second dynasties, including Djoser, the first king of the third dynasty, who had the famous step pyramid of Saqqara built to house his remains, ARCE reported.

Egypt faced a tumultuous political change when the newly discovered dead were alive around 500 BC. In 525 BC, the king of Persia, known as Cambyses II, conquered Egypt and incorporated it into the Persian empire, according to the Encyclopedia Britannica. During this period of Persian rule, recognized as Dynasty 27, the Persians exercised their power through a resident ruler, known as the satrap, according to the Metropolitan Museum of Art in New York City.

During this period, some Persian rulers invested in Egypt. For example, when the Persian king Darius I (521-486 BC) held power, Egypt prospered as the Persians ordered the construction of temples and public works, reformed the legal system and strengthened the economy, the Met reported. Persian rule ended in 404 BC, when the local Egyptians took the throne again.

Our view of space is becoming blurrier as our planet warms, astronomers warn