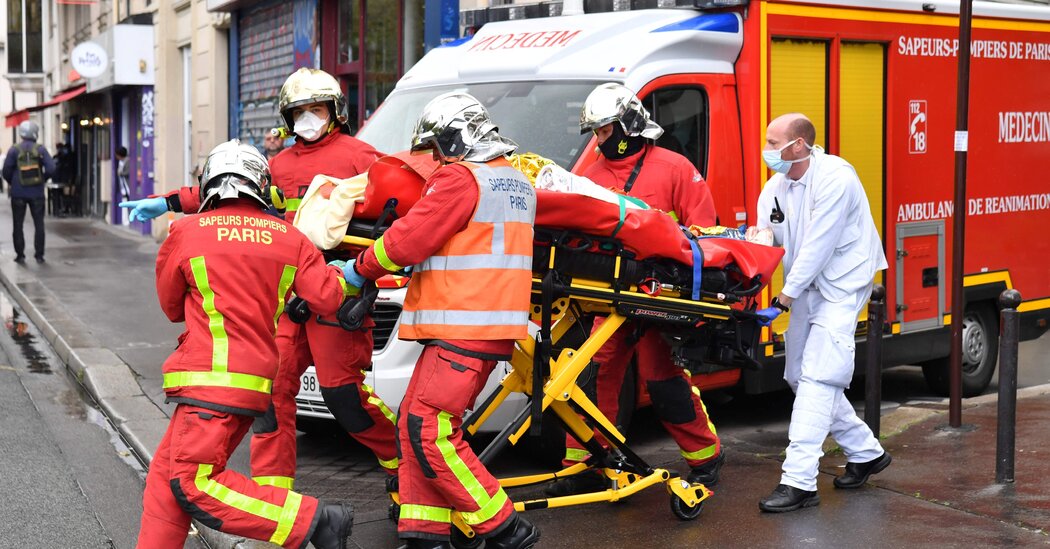 PARIS – Four people were injured by at least one knife-wielding assailant in Paris on Friday near the site of the former Charlie Hebdo office – the scene of a 2015 terrorist attack on the satirical newspaper – authorities said.

Jean Castex, the French prime minister, interrupted a planned speech, saying that a “serious event” had just occurred in the capital.

“A bladed weapon attack was carried out in the 11th arrondissement in front of the former Charlie Hebdo offices,” Castex said, adding that two of the wounded appeared to be in critical condition.

Local authorities said police were looking for a “potentially dangerous” individual in the eastern part of the capital. Emmanuel Grégoire, the deputy mayor of Paris, in a post on Twitter solicited people to avoid the Richard-Lenoir neighborhood – where Charlie Hebdo had his offices before the terrorist attack in January 2015 which killed 12 people.

Paris police said a police operation was underway in the area but did not provide details.

Al Qaeda, the terrorist group, had recently launched new threats against Charlie Hebdo, who moved after the attack to highly protected offices elsewhere. The threats followed the newspaper’s decision to do so reprint of the satirical cartoons of the prophet Mohammed at the opening of the trial of several people accused of helping the aggressors.