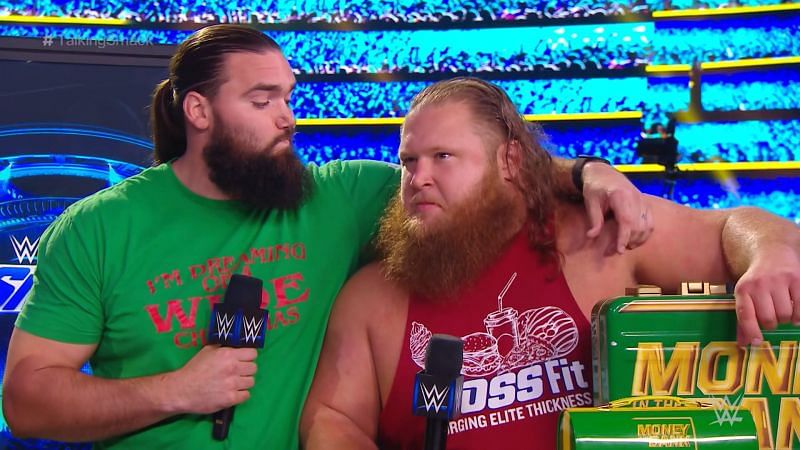 Heavy Machinery was part of Talking Smack this week, starring Kayla Braxton and Sami Zayn, when it was announced that Tucker would be headed to RAW as part of WWE Draft 2020, This is officially the end of Heavy Machinery, considering Otis and Tucker will be on two separate brands.

Why did WWE decide to split Tucker and Otis this way during WWE Draft 2020, you rightly ask? Here are 5 possible reasons why Heavy Machinery may have been split, not based on inside knowledge, but it’s easy to guess from current events.

Everyone loves Heavy Machinery, so let us know your favorite Otis or Tucker moment in the comment section below and also if you̵

7;re glad the beloved team went their separate ways as a result of WWE Draft 2020.

We’ve all heard the stories about how little Vince McMahon values ​​tag team wrestling from more than one artist, and if the plan is to put the WWE Universal Championship or WWE Championship around Otis’ waist, then he needs to be weaned. from the tag team division in the following days and weeks.

Vince McMahon probably wants Otis to be seen as a top performer as he runs through heel after heel to the top of the card. And when he does, he can be seen as a pretty believable babyface, on par with stars like Roman Reigns and / or Jimmy Uso based on how Hell in a Cell turns out. Right now, you can imagine Otis as the face of both. WWE brands?

Disneyland and other California theme parks get reopening rules