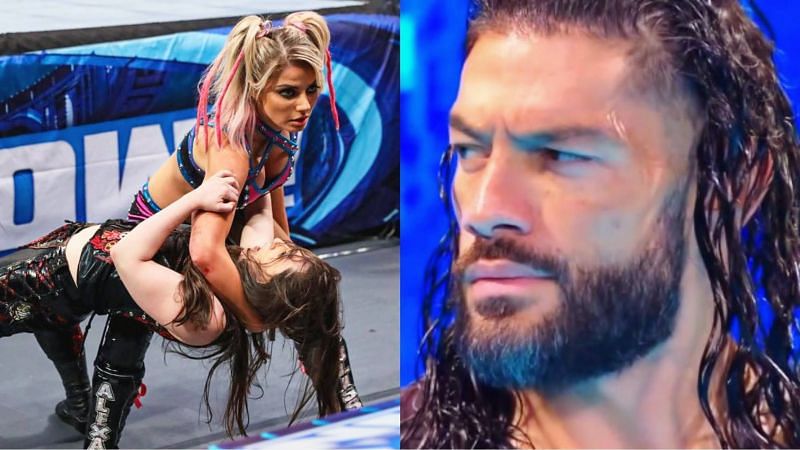 From Bayley explaining her actions against Sasha Banks to a fun edition of Bray Wyatt’s Firefly Fun House, this week’s edition of WWE SmackDown featured many mixed moments.

The Blue brand has provided solid and noteworthy episodes in recent memory and last night’s episode was no exception. SmackDown’s presentation is far superior to RAW’s at the moment, and big stars like Roman Reigns and Bray Wyatt have given fans a reason to tune in on Friday nights.

Which show was better this week, RAW or SmackDown? Let us know your thoughts in the comments section below.

Here are the five biggest news items from this week̵

# 5: Street Profits distracted Cesaro and Shinsuke Nakamura from the Champions Lounge and cost them an important match

Cesaro and Shinsuke Nakamura and The Street Profits have poked their heads in each other’s business on both WWE brands. In this week’s edition of WWE SmackDown, Cesaro and Nakamura took on The Lucha House Party in tag team action.

Before the match itself, The Street Profits had crashed Cesaro and Nakamura’s Champions Lounge. And that would later cost SmackDown Tag Team Champions in the form of a mid-game distraction when both Angelo Dawkins and Montez Ford appeared on the TitanTron and were seen hosting a backstage party.

Lucha House Party now has a win over Cesaro and Nakamura, but a Champion vs Champion match in WWE RAW next week should be the finale of the games here. As many have speculated, the tag team titles of both brands could be unified as a result of this feud.

This would undoubtedly be the most desirable result; otherwise, hosting a brand feud shows how tag team division status on both brands isn’t exactly the best part of RAW and SmackDown right now.