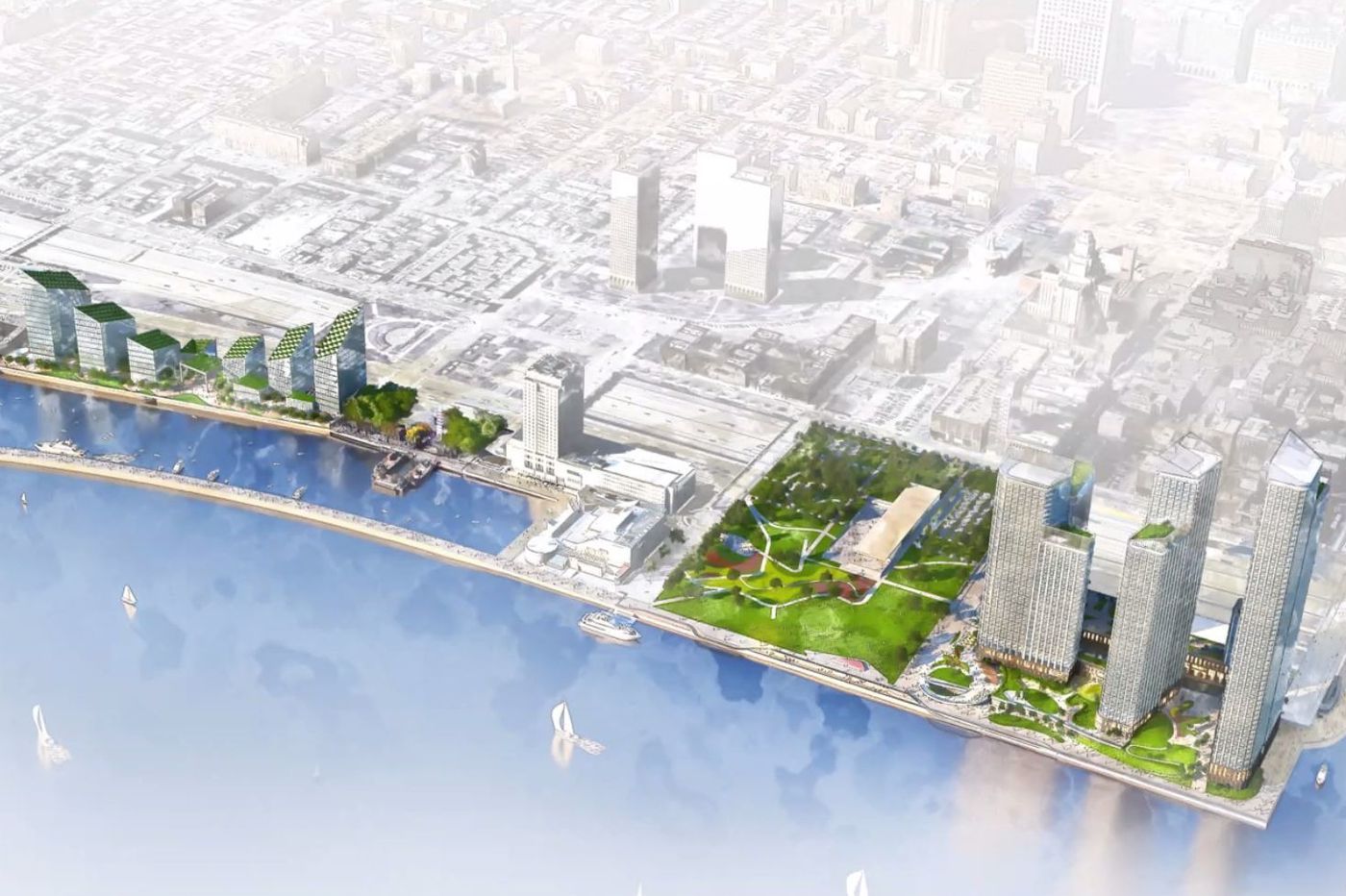 “We are honored that the DRWC has selected us for this transformation project that will provide Philadelphia with extraordinary access to the waterfront,” said Jonathan Durst, President of the Durst Organization. “We look forward to working with community members, elected officials and stakeholders to finalize a project that meets the vision of the master plan for central Delaware.”

The plan promises an economic impact of 28,000 construction jobs and $ 2.2 billion in wages over the life of the plan. All four developers emphasized on-site investments. Jay Goldstein, chair of the DRWC finance committee, said the Durst plan would include an impact of between $ 770 million and $ 1

.1 billion with “minority or female-based businesses” and the company said it would seek a “partner. minority share at 20% “.

Penn’s Landing project won’t be Durst’s first waterfront project. In 2017, the developer shelled out over $ 21 million for about four acres of piers just north between Vine and Callowhill Roads. Earlier this year, DRWC selected the organization’s $ 10 million bid for an adjacent city-owned lot north of the Benjamin Franklin Bridge, where it plans to build an apartment tower.

Penn’s Landing’s proposed fiascos included the 76ers arena floor, led by franchise owner Harris Blitzer Sports Entertainment, which had also sought to bring thousands of housing units, offices, retail space, a school and a new African American history museum into the main site and neighboring land. The project sought between $ 700 and $ 900 million in incentives, through a publicly funded funding scheme known as a “neighborhood improvement zone.”

Matt Ruben, member of the board of directors of DRWC and Central Delaware Advocacy Group, who helped develop a master plan for the waterfront, stressed that the selection process was driven by the city’s decades-long failure to redevelop abandoned port land. along the Delaware River.

“We had seen a litany of failed proposals that didn’t have a common theme and weren’t based on a coherent plan,” he said.

The masterplan instead envisaged the waterfront as an extension of the city center neighborhoods, with better pedestrian access, new roads, public services and a development mix that included residences.

The Durst plan appears to have won points for doing exactly that. A rendering for the larger of the two lots shows a new road (known as “Penn’s Landing Road”) between Market and Chestnut Street and includes extensive new gardens and pedestrian spaces between four main structures and along the I-95 park cap.

Echoing Hankowsky’s comment, Ruben stressed that the master plan was central to the final selection.

“We have one and only one purpose: to make that plan a reality.”

DRWC will initiate a community engagement process on the Durst proposal after signing a formal agreement with the developer, officials said Wednesday.