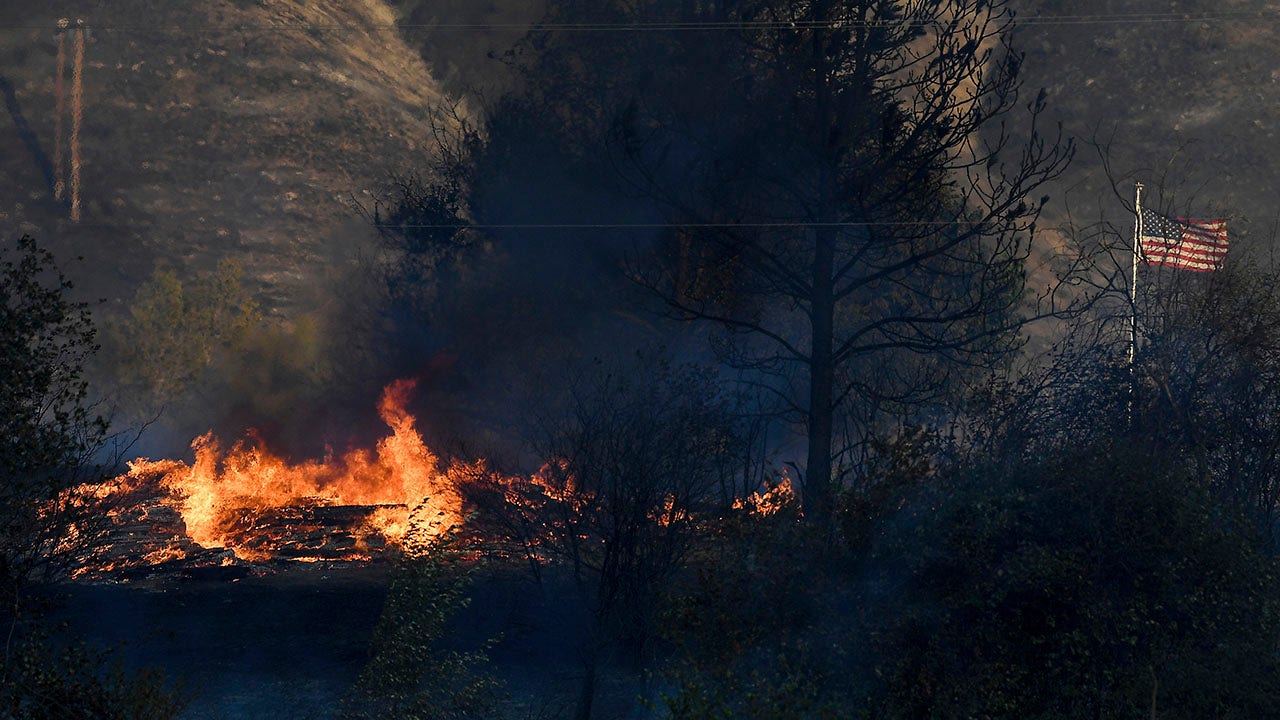 The Okanogan County Sheriff said Wednesday that while trying to evacuate from a raging fire in north-central Washington, a 1-year-old boy died and his parents were badly burned.

The family was reported missing Tuesday from Okanogan, Washington, a small town northwest of Spokane, and their wrecked and burned truck was found in the area that day without them inside.

On Wednesday morning, rescuers found the family along the banks of the Columbia River. Jacob Hyland, 31, and Jamie Hyland, 26, were flown to Seattle’s Harbourview Medical Center for treatment of third-degree burns and were listed in critical condition.

An American flag flutters in the wind beside a pile of burning railway ties in the wake of the Cold Springs Canyon Pearl Hill fire on Monday, September 7, 2020, in Okanogan, Wash. (Associated Press)

The boy, who also had severe burns, died on the spot.

“The family was trying to leave their property to escape the Cold Springs fire,” Sheriff Tony Hawley said in a statement.

The family had traveled from the Seattle area to Okanogan to see a property they had inherited and planned to spend the weekend camping in the area, according to KHQ-TV in Spokane.

“Jake will need arm surgery as they are the most burned part of him,” Hyland’s family said in a statement, KHQ reported. “Her chest and face also have burn spots but we won’t know until he’s cleared. Internally it looks fine, they have a swollen lung. Jamie has multiple burns on her body, and we’re waiting for scans for her. His burns consist mostly of his upper body. His arms have already undergone the surgery they will do on Jake to relieve the tension from the burns. They are both still critical at this point, but Jamie is more critical than Jake. Jamie is. 30-40% burnt as of now, and Jake is 15%. From what they know now. “