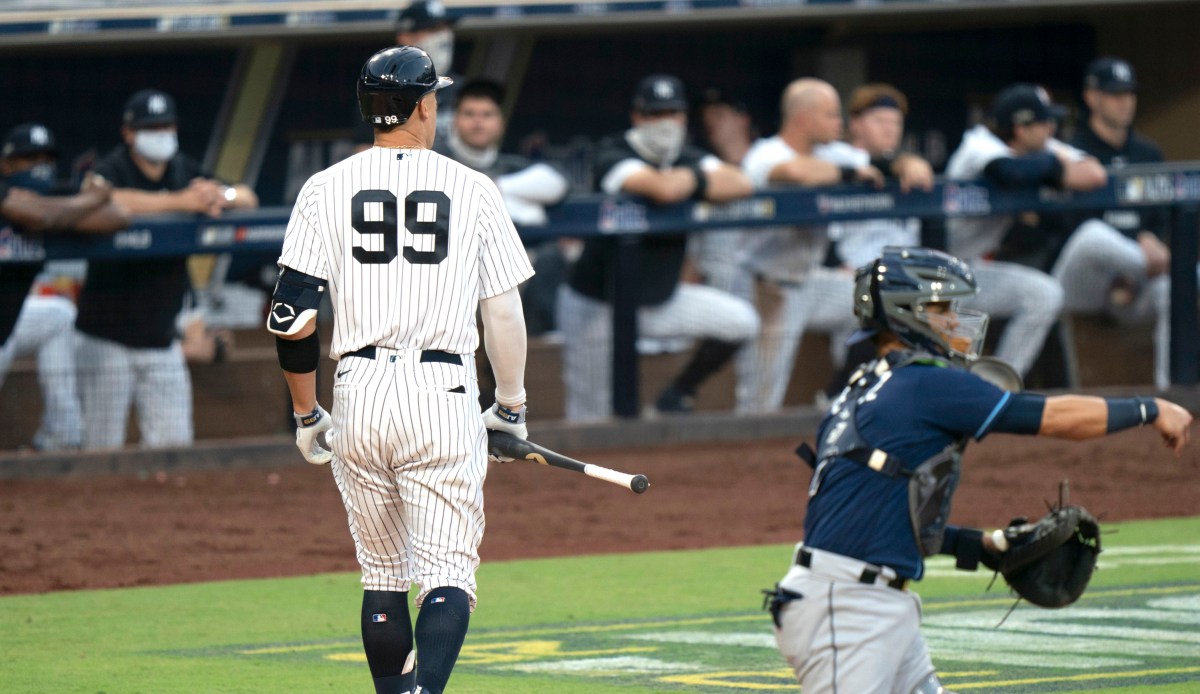 The right fielder has only three post-season wins following Wednesday’s 8-4 defeat to the Rays in Game 3 of the ALDS, with the Yankees now on the brink of elimination.

For the second consecutive night, Judge eliminated the final from the game, placing third against Diego Castillo.

His first two playoff hits were both major home runs, but the judge was mostly silent about the rest.

He had a chance to give the Yankees the lead in the lower third in Game 3, when he came in with bases loaded and one out against Charlie Morton.

The judge managed to deliver a sacrificial sprint to the right court, but the Yankees did not score that inning again and were left behind forever in the fourth.

He also went down and hit Morton before a double out in the eighth.

The judge’s main contribution on Wednesday was with his glove.

After Randy Arozarena’s double out single on Mashiro Tanaka at the top of the first, Ji-Man Choi sent a deep right sprint. The judge, battling the sun, ran back and grabbed it on the tip of the webbing of his glove and held on as he hit the fence to keep the game free.

It was a largely disappointing season for Judge, who missed a shortened part of the regular season with a strained calf sidelined him for two weeks before returning too early and aggravating the injury, which cost him another two weeks.

But while Giancarlo Stanton has made it through an injured regular season to offer five homers so far in the playoffs, Judge will be heading into Thursday’s potentially end-of-season game of 3v23 with nine strikeouts in the postseason. He was also only 6 out of 25 against the Astros last year in the ALCS.

After that series, Judge was in the clubhouse visiting Houston’s Minute Maid Park and called the Yankees season “a failure.”

There is only one defeat missing from a similar result, one round earlier.