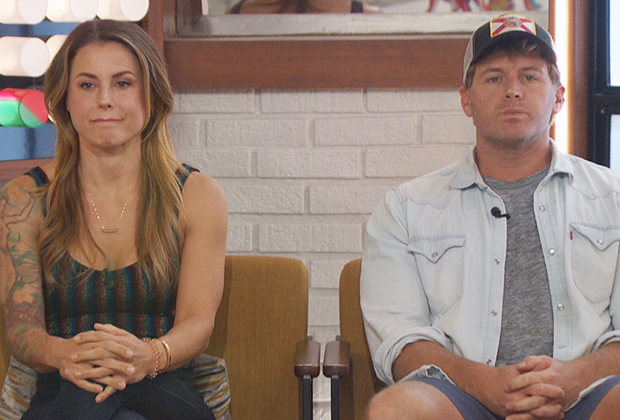 For the second consecutive week, Christmas Abbott had a huge lump of coal in her Big Brother All-Stars Sock.

After sitting on the block next to ally number one Tyler last week, Christmas was then named against new This time around ally # 1 Memphis, despite her best efforts to convince householder Nicole to backdoor Cody. (Christmas knows little, Nicole seems willing to lose that $ 500,000 to Cody if that’s the last thing she does as Big Brother guest.)

But despite Nicole’s insistence that Christmas should stay and Memphis should go this week, Cody and Enzo ̵

1; the only two guests who voted for eviction – seemed quite tempted to send Christmas to the jury. What decision did The Root ultimately make on Thursday? Read on for the highlights of the episode:

THE STRATEGY | The potential Christmas and Memphis exits from the house are so enticing to Cody and Enzo that at one point Enzo suggests “it doesn’t matter” who they send to the jury this time around. (“Yes, he does!” Cody retorts.) Memphis reveals to Cody that Christmas tried to bring him back … but Cody secretly knows too. Memphis he also tried to participate in Operation Backdoor Cody, so none of this information makes much difference to him.

But after a long debate over who to expel, Enzo has an intriguing idea: why not split the vote and force Nicole to break a tie, thus getting the blood of Memphis eviction on his hands instead of theirs? “This could get it very interesting, ”says Cody in the Diary Room, teasing us that something might actually be interesting this season.

Meanwhile, at the jury house, Tyler joins the rest of the group and reveals how he is his BB the game ended at the hands of Cody. He also has a chance to clear things up with Da’Vonne about his ultimately revoked offer to get evicted and protect Da’Vonne and Bayleigh. Between tears, Tyler explains that his support for the Black Lives Matter movement has always been legitimate and never strategic, and Da’Vonne forgives him for how things have turned out. But then the jurors get sweet video messages from their loved ones back home, and now we are all sobbing.

THE LOOK | Despite Enzo’s idea of ​​splitting the vote, things go not gets very interesting, after all: both Cody and Enzo vote to evict Memphis, and while he doesn’t seem very surprised to hear the news, he still warns his housemates as he walks out the door, “Good luck. You’ll need it.” (He also says something that is issued by CBS, always leaving us curious.)

In his interview with Julie Chen Moonves, Memphis admits that he was “definitely” blinded by his eviction, even though he seems to understand that he was perceived as a major threat in competitions. That said, when Julie asks if Cody and Enzo made the right decision to upload it, he reveals, “I think I would have taken them both to the Final Three, so no.” Cody, at least, does his best to smooth things out with Memphis in his farewell message, revealing that he has worked with Enzo since the beginning and knew that Memphis had formed two versions of the Wise Guys alliance.

THE COMPETITION OF HOH | As you might have suspected when two-thirds of the episode passed before the eviction, the head of the family competition won’t take place live this week, but we still have a small teaser in the form of Kaysar, who tells guests via video message that they will play a competition he learned in season 6. It’s called Knight Moves, which, if I remember correctly, asks players to become human chess pieces and move L-shaped across the board like a knight would. Players are eliminated when they can no longer make moves, as long as one person remains standing.

The All-Stars won’t play that match until late Thursday night, but in the meantime they seem completely baffled by Kaysar’s teaser. “How you play that game? “Enzo asks.”Knight Does it move? “(I’m not sure Enzo will win this particular HOH.)

OK, your turn! How do you feel about the Memphis eviction? And with less than two weeks left of the season, which All-Star do you want to see win it all? Tell us below!

How should we talk to her about her fatness?