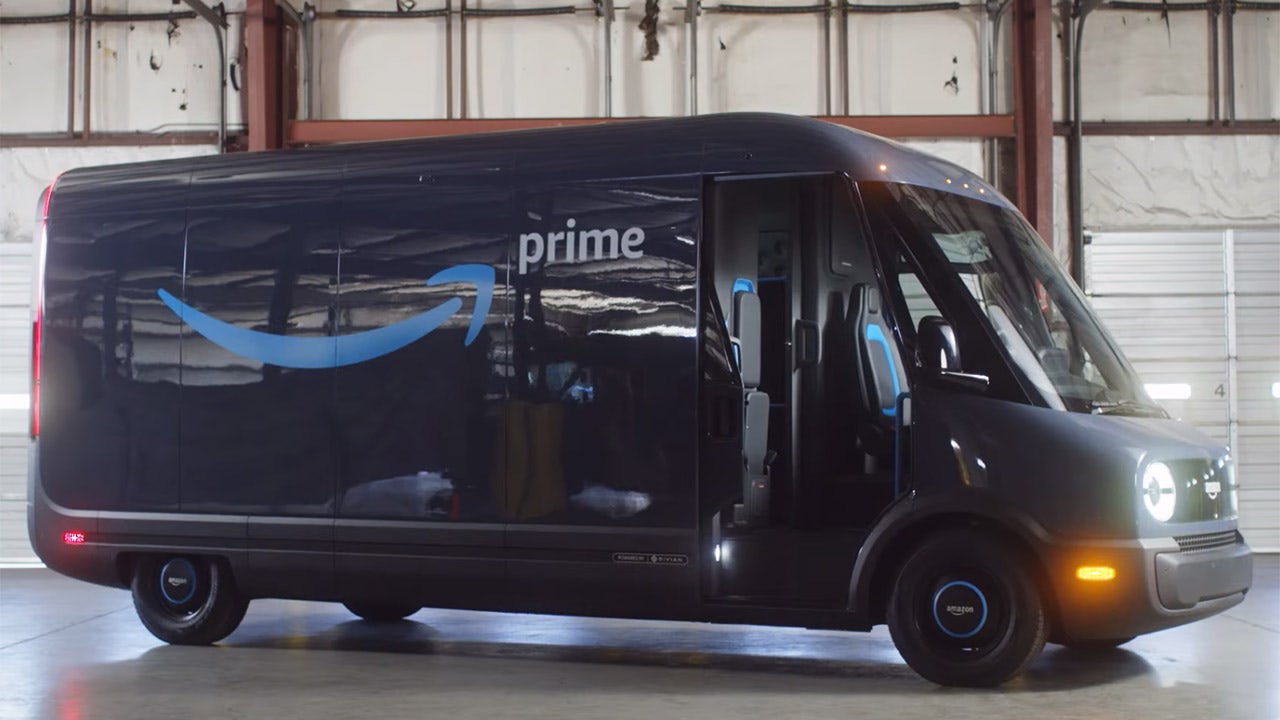 Amazon has released the video of the first functional example of the electric delivery truck developed for it by the electric startup Rivian.

The futuristic box van features rounded corners, round headlights and the Amazon logo on the grille.

The vehicle was built with the same technology as the Rivian R1T pickup that goes into production next year. Amazon did not disclose the vehicle’s range, but said it is equipped with a 360-degree camera system and various electronic driving aids to improve safety.

It uses two digital displays that appear to be the same as those in the R1T and has extra impact protection in the driver’s door and a bulkhead with a lockable door that separates the passenger compartment from the load compartment.

Amazon took a stake in Rivian worth several hundred million dollars and ordered the delivery of 100,000 vans by 2030 as part of an effort to become a carbon neutral company by 2040.