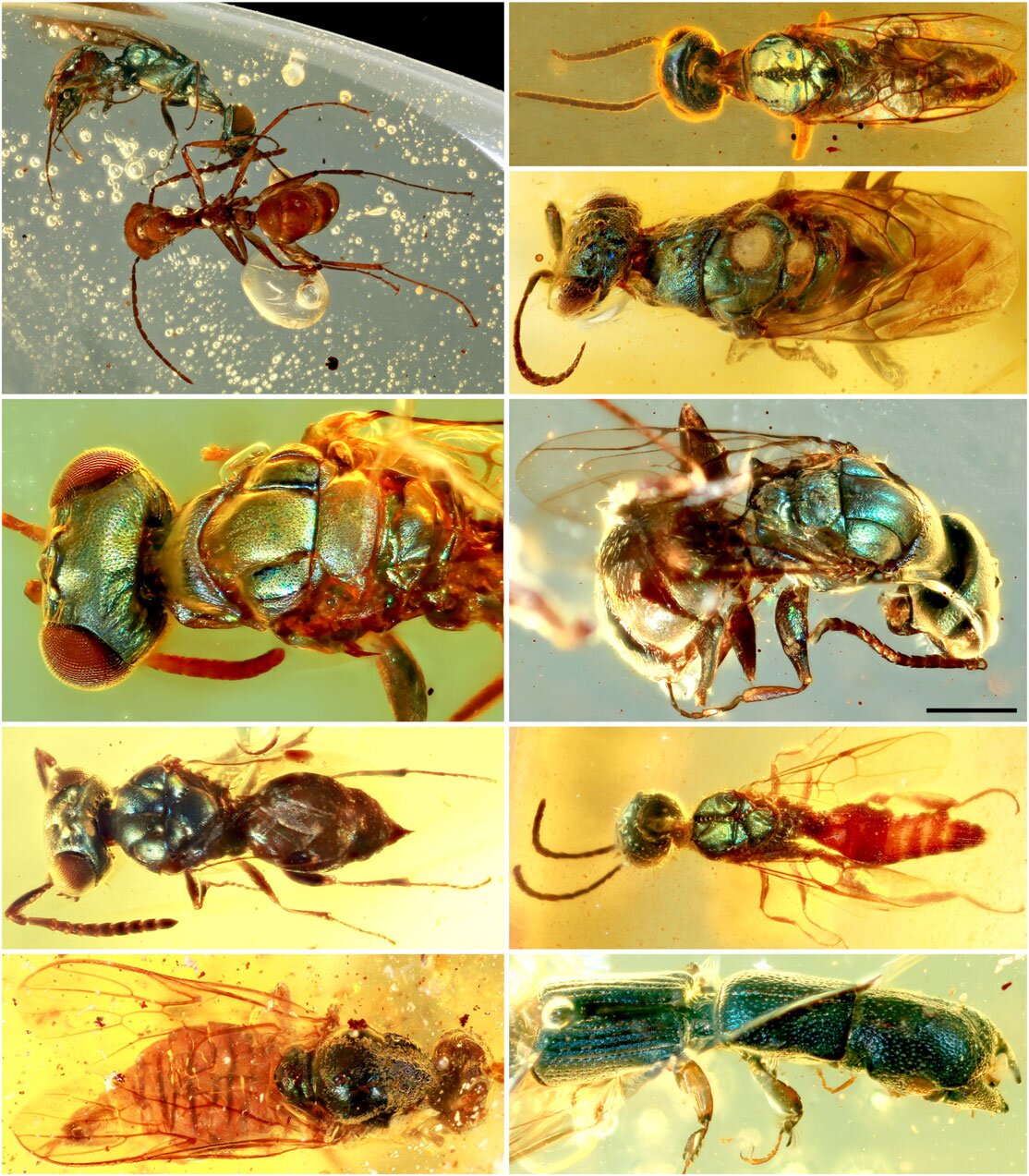 Nature is full of colors, from the radiant splendor of a peacock̵

7;s feathers or from the bright and warning coloring of toxic frogs to the pearl-white mimicry of polar bears.

Usually, the fine structural details needed for color preservation are rarely preserved in the fossil record, making most of the fossil reconstructions dependent on an artist’s imagination.

A research team from the Nanjing Institute of Geology and Paleontology of the Chinese Academy of Sciences (NIGPAS) has now revealed the secrets of true coloring in insects over 99 million years.

Colors offer many clues to animal behavior and ecology. They work to keep organisms safe from predators, at the right temperature or attractive to potential mates. Understanding the coloring of long-extinct animals can help us shed light on ecosystems in the deep geological past.

The study, published in Proceedings of the Royal Society B July 1 offers a new perspective on the often neglected, but by no means boring, lives of insects that coexisted alongside dinosaurs in the Cretaceous rain forests.

The researchers collected a treasure trove of 35 pieces of amber with exquisitely preserved insects from an amber mine in northern Myanmar.

“Amber is half Cretaceous, about 99 million years ago, dating back to the golden age of dinosaurs. It is essentially resin produced by ancient conifers that grew in a tropical rainforest environment. Animals and plants trapped in the dense resin are been preserved, some with realistic fidelity, “said Dr. Cai Chenyang, associate professor of NIGPAS who leads the study.

The rare series of amber fossils includes cuckoo wasps with bluish-green, yellow-green, blue-violet or green colors on the head, chest, abdomen and legs. In terms of color, they are almost the same as the cuckoo wasps that live today, said Dr. Cai.

The researchers also discovered specimens of blue and purple beetles and a metallic dark green metallic fly. “We have seen thousands of amber fossils, but the color conservation in these specimens is extraordinary,” said prof. Huang Diying of NIGPAS, co-author of the study.

“The type of color preserved in amber fossils is called structural color. It is caused by the microscopic structure of the animal’s surface. The surface nanostructure disperses light of specific wavelengths and produces very intense colors. This mechanism is responsible for many of the colors that we know from our everyday life “, explained prof. Pan Yanhong of NIGPAS, a paleocolor reconstruction specialist.

To understand how and why the color is preserved in some amber fossils but not in others, and if the colors seen in the fossils are the same as those that the insects paraded more than 99 million years ago, the researchers used a blade diamond to cut exoskeleton of two colored amber wasps and a sample of normal opaque cuticle.

Using electron microscopy, they were able to demonstrate that colored amber fossils have a well-preserved exoskeletal nanostructure that scatters light. The unaffected nanostructure of colored insects suggested that the colors preserved in amber may be the same as those shown in the Cretaceous period. But in fossils that do not retain color, cuticular structures are severely damaged, explaining their brown-black appearance.

What kind of information can we learn about the life of ancient insects by their color?

The existing cuckoo wasps are, as their name suggests, parasites that lay their eggs in the nests of bees and unrelated wasps. Structural coloring has been shown to act as mimicry in insects, so the color of the wasps of the Cretaceous cuckoo is likely to be an adaptation to avoid detection. “At the moment we cannot rule out the possibility that colors have other roles than camouflage, such as thermoregulation,” adds dr. Cai.

Amber specimens reveal the origin of the long scorpion mouth

Supplied by
Chinese Academy of Sciences