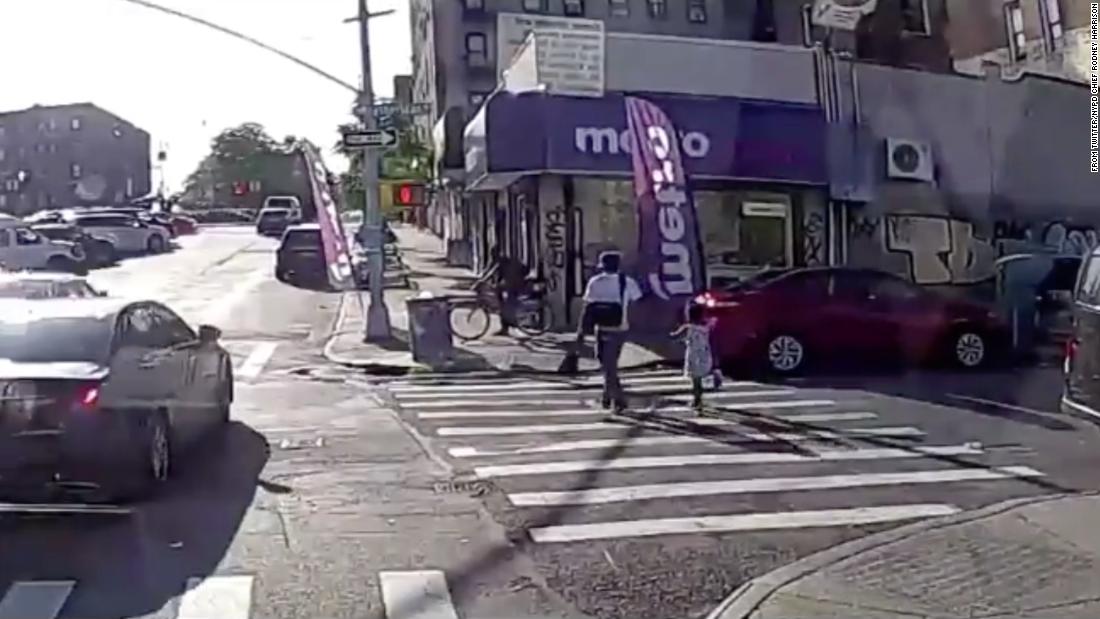 The New York Police Department (NYPD) released Monday surveillance footage of the filming, which took place on July 5, on Twitter.

The video shows a man identified by the police as 29-year-old Anthony Robinson crossing the street holding hands with a girl identified as his daughter when a black car pulled up next to the couple.

While Robinson pauses to talk to his daughter, the footage shows a person in the vehicle who pulled a gun out of the window and shot Robinson, who immediately slumped to the ground. Her daughter can therefore be seen running away.

Robinson, who was shot multiple times in the chest, was transported to the BronxCare Health System where he was pronounced dead, a NYPD spokesman told CNN. No arrests have been made and investigations remain ongoing.

Mayor Bill de Blasio said the NYPD is sending hundreds of other officers by car and on foot to the streets this summer to deal with armed violence.