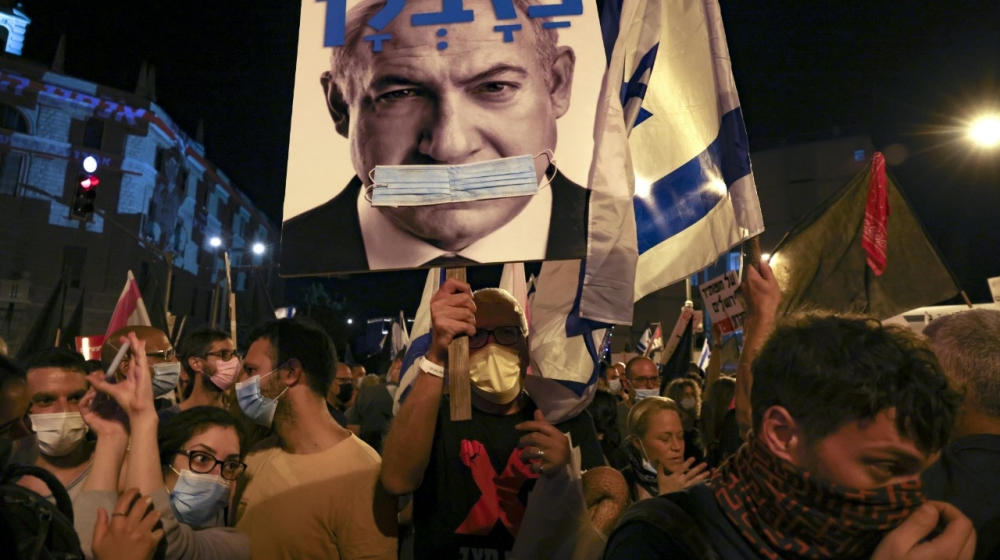 Thousands of Israelis protested Saturday against Prime Minister Benjamin Netanyahu in Jerusalem for his alleged corruption and the government’s handling of the coronavirus pandemic.

The crowd gathered outside Netanyahu’s residence, whistling, waving signs and flags, and demanding his resignation.

Israeli media estimated that around 10,000 people attended what became a weekly demonstration in Jerusalem. Organizers said as many as 25,000 people joined the protest.

Protests, now in week 12, have built up over the summer as COVID-1

With a population of nine million, Israel has reported nearly 150,000 infections and more than 1,000 deaths.

The country is in recession due to the pandemic and the unemployment rate hovers above 20 percent.

A poll released in August by the Israel Democracy Institute found that 61% of Israelis did not trust Netanyahu to handle the coronavirus crisis.

Critics of the prime minister say he is concerned about his bribery trial on charges of bribery, fraud and breach of trust.

The 70-year-old was indicted in November for cases involving gifts from wealthy friends and for allegedly seeking regulatory favors for media moguls in exchange for favorable coverage. His trial opened in May and is expected to resume in January.

Netanyahu denies any wrongdoing. He described his trial as a left-wing political witch-hunt aimed at ousting a popular right-wing leader.

A diplomatic shift with the UAE in August – followed by Bahrain on Friday – was widely welcomed by the Israelis, but was overshadowed by economic fears sparked by the coronavirus crisis.

After a backlash from the media, Netanyahu canceled plans to travel on an executive jet with his family to Washington, DC on Sunday, for an Israel-UAE agreement signing ceremony, separately from a chartered airliner for the United Arab Emirates. Israeli delegation.

Some media commentators have criticized the plans to travel to the United States as extravagant at a time when Israelis are heading for their second block since March.

Aides to the prime minister said plans to travel separately had been a health precaution. But on Friday, Netanyahu’s office said he would travel with the rest of the delegation.