Antimasks forced to dig graves for COVID-19 victims in Indonesia 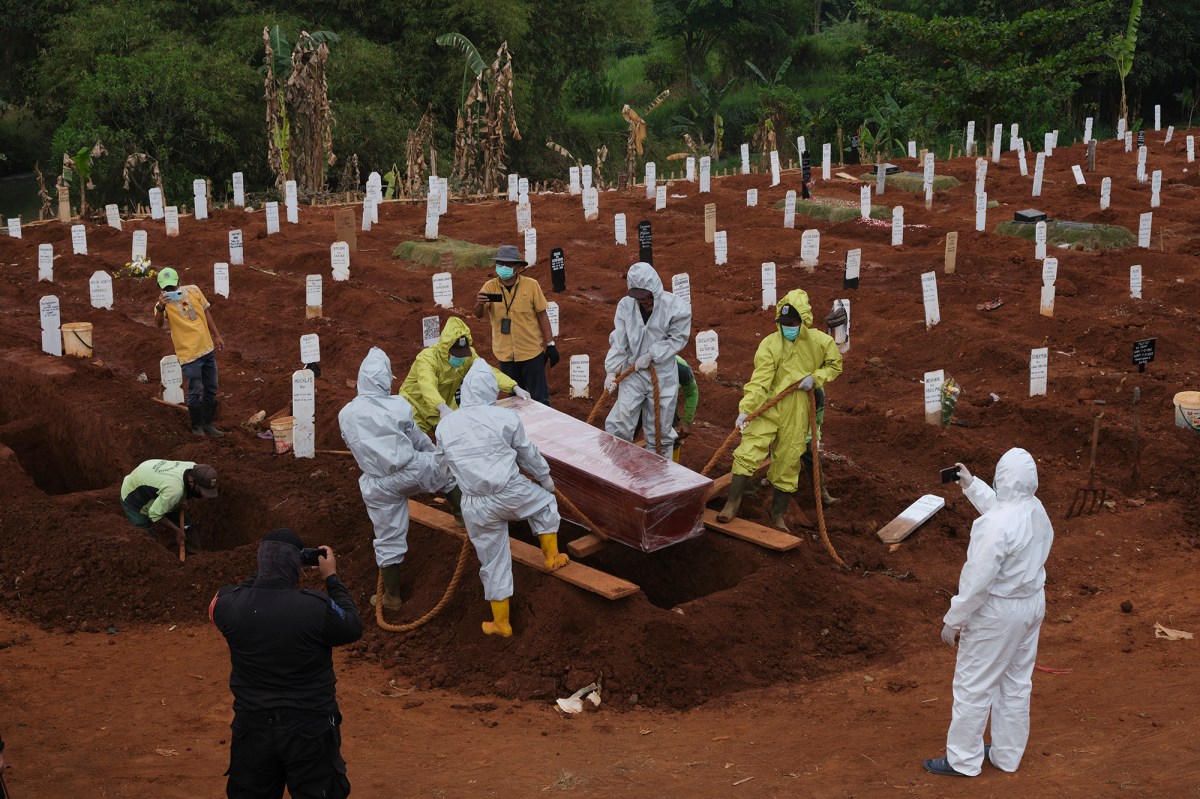 According to a report, local authorities in Indonesia ordered eight people who broke the country’s face mask laws to dig graves for victims of COVID-19.

East Java province punished mask offenders with manual labor at a local cemetery in hopes of dissuading others from ignoring the national face-covering mandate, the Jakarta Post reported.

“There are only three gravediggers available at the moment, so I thought I might as well put these people to work with them,” politician Suyono told local media, according to the newspaper.

“Hopefully this will create a deterrent effect against violations,” he added.

None of the offenders were forced to handle the corpses, the store said. Only local health officials who wear full body protective equipment can do this to limit the risk of exposure.

Indonesia has seen an increase in infections with over 221

,000 cases, including at least 8,841 deaths, according to the latest figures from Johns Hopkins University.