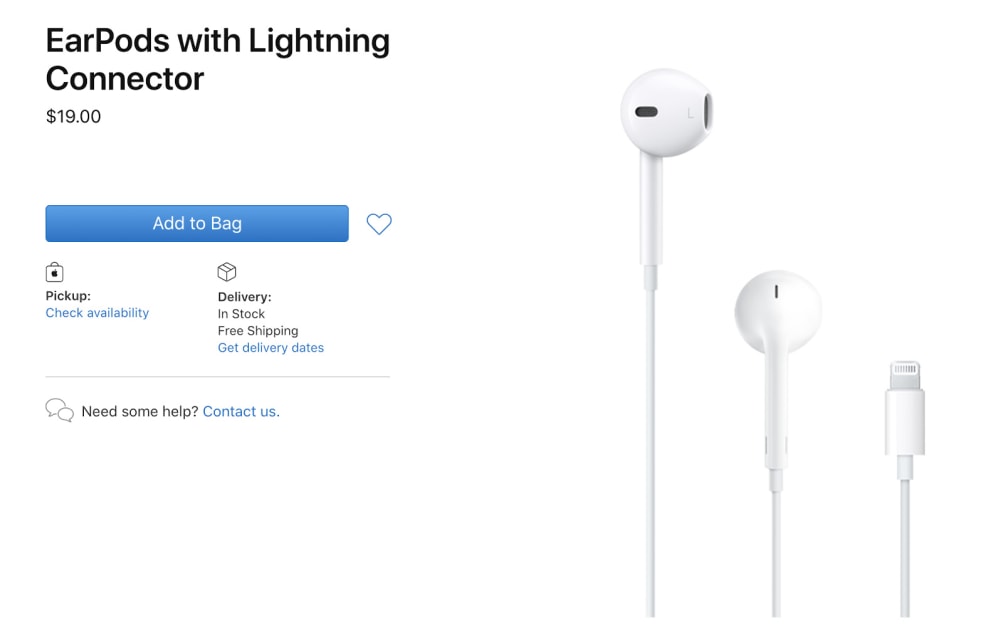 Apple has made its EarPods and new iPhone power supply a little more affordable after confirming that the new iPhones will no longer come with accessories. The tech giant now sells EarPods with Lightning connector on the Apple Store for $ 19 (as noted by MacRumors), down $ 10 from the original price. At the same time, the new 20W power supply for iPhone also costs $ 19, which is $ 10 less than the old adapter the company has discontinued.

It has long been rumored that new iPhones won̵

7;t ship with EarPods and the charger with older models. And that turned out to be true, which isn’t really a big surprise, as the new Apple Watches shipped without a charger. Apple cited environmental reasons for the move when it announced the iPhone 12, explaining that shipping without accessories would reduce the production needs of its products.