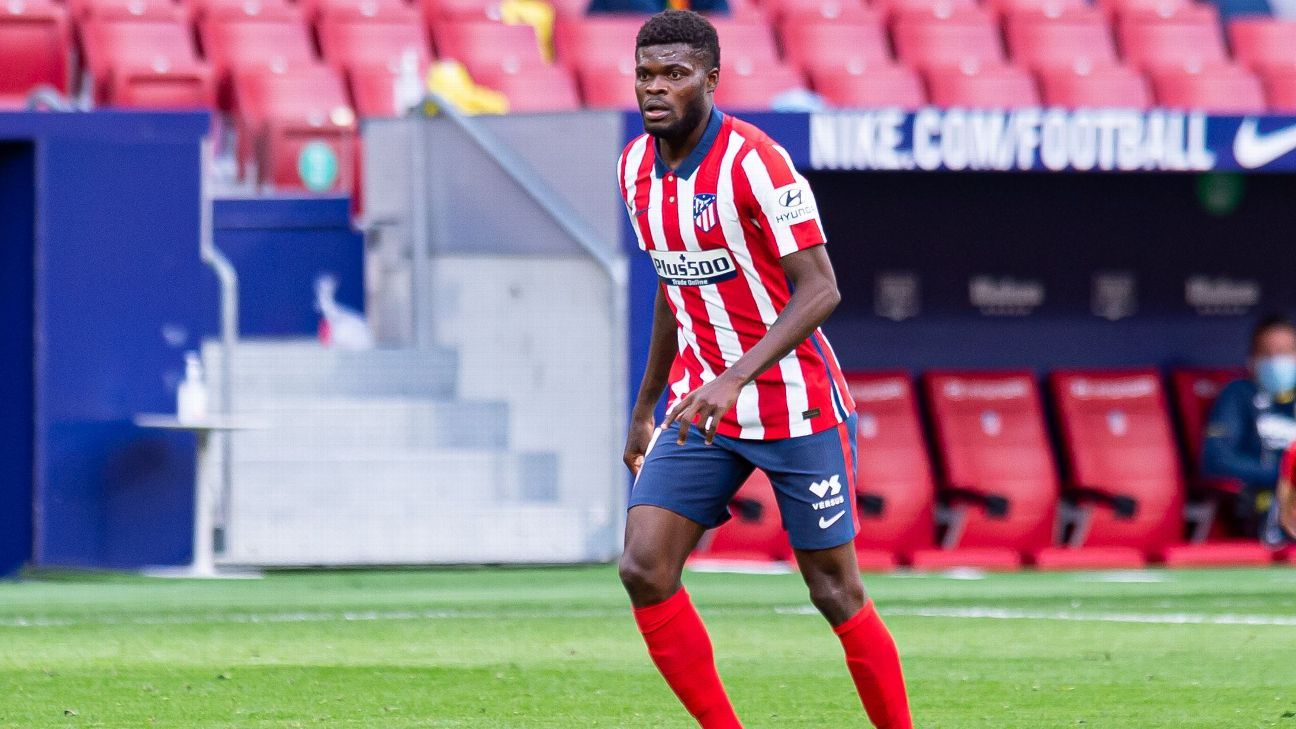 The midfielder completed medical examinations on Monday after the Gunners activated his £ 45m termination clause.

The Gunners had maintained an interest in the 27-year-old all summer, but Atletico had refused to change their rating with Arsenal struggling to finance the deal as they tried to fix a bloated squad.

However, with Lucas Torreira finalizing a loan transfer to Atletico in a separate transaction and Matteo Guendouzi joining Hertha Berlin on loan, Partey had the space to complete a dramatic change of day.

According to ESPN sources, Partey has signed a four-year contract with an option for an additional year and will earn around £ 250,000 a week.

First team manager Mikel Arteta made signing a central midfielder his top priority and was hoping to make a move for Lyon’s Houssem Aouar, but Ligue 1 was unwilling to lower the asking price of € 60m.

Arsenal had also inquired about Chelsea’s Jorginho, but the Blues did not want to strengthen a domestic rival. Arsenal had also discovered Porto midfielder Danilo Pereira, but decided not to pursue that interest and instead moved to Paris Saint-Germain.

That chain of events meant that Arsenal returned to make a decision on whether to activate Partey’s release clause.