As the second wave of Covid-19 spreads across Europe, deaths and hospitalizations rise 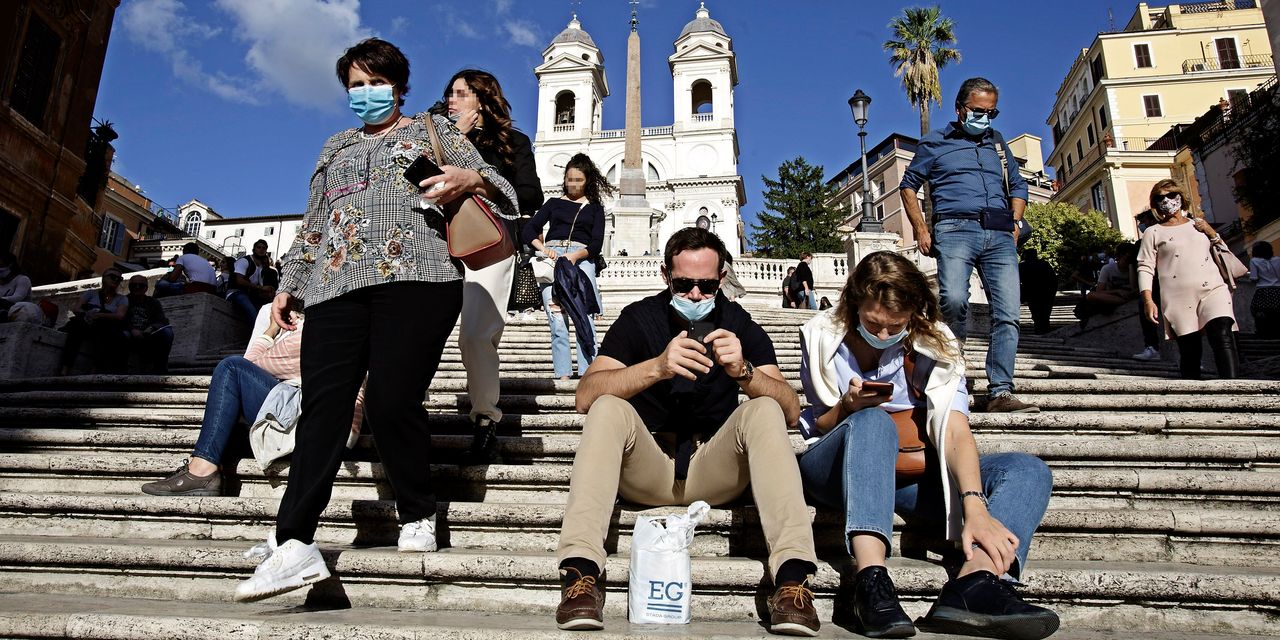 The second wave of coronavirus in Europe is spreading, and the rise in hospitalizations and deaths is prompting governments to impose further restrictions, from travel bans in Madrid to closing bars in Paris.

Confirmed cases in France, Spain and the UK are now higher on an average day than the peak of the spring emergency, although the trend also reflects better detection of the virus. In recent days, infections have also accelerated in Italy and Germany.

The health crisis is not as acute as in March and April, when hospitals in the worst affected regions of Italy and Spain did not have sufficient intensive care beds to treat all seriously ill Covid-19 patients. But the European authorities fear that the tension on hospitals could return.

7;s economic recovery from this spring’s sharp contraction, continue to rule out a return to full-blown blocs and rely on lighter restrictions on socialization and movement.

The French official on Monday announced new restrictions in the Paris region, where infections are rising rapidly and about 36% of life support beds are occupied by Covid-19 patients.

The measures, which take effect on Tuesday and last for at least two weeks, include the closing of Paris bars and the imposition of strict new hygiene rules for restaurants. Gyms and swimming pools for adults must also be closed. Drinking in public and listening to outdoor music after 10pm is prohibited. College student parties are banned and occupancy during class will be halved, with students pivoting between those attending in person and remotely.

“Life should be able to continue, although not as before,” said Anne Hidalgo, Mayor of Paris, announcing the measures.

Italian regional authorities also imposed new measures over the weekend, from the obligation to wear a mask on the streets of Rome until 11pm. curfew in the bars of Naples. The national government is considering extending these measures to the whole country.

Italy is alarmed by a sudden wave of daily infections at over 2,600, compared to levels of around 1,500 for much of September. Most people currently testing positive have mild or no symptoms, but the number needing hospital treatment is increasing.

“The enemy has not yet been defeated,” Italian Prime Minister Giuseppe Conte said over the weekend. He urged Italians not to waste progress against the virus that the country achieved with its rigorous blockade this spring.

New cases of Covid-19 in Germany, which have been on an upward trend since mid-July, rose sharply last week, reaching 2,731 on 1 October, the highest level since April. The German disease control agency, the Robert Koch Institute, said family celebrations and reunions, including weddings, birthdays and funerals, are the main sources of new infections.

In Madrid, currently one of the most affected European cities, the rise of Covid-19 patients in hospitals has prompted the government to ban non-essential travel to and from the city. Restaurants must close by 11pm and social gatherings of more than six people are prohibited.

Spain, which has struggled to contain Europe’s largest outbreak, has averaged more than 10,000 cases per day, a more than 10-fold increase since July. Deaths from Covid-19, which rarely exceeded 10 per day during the summer, have risen to more than 120 per day.

In Belgium’s capital, Brussels, hospitals over the weekend began redirecting coronavirus patients to other parts of the country to keep beds free for patients with conditions other than Covid-19. The number of new infections per day in Belgium exceeded 2,000, compared to around 500 per day in August.

The UK averaged over 8,500 cases per day in the seven days to 1 October, five times the rate recorded a month earlier. In that period, hospital admissions tripled to around 380 per day and deaths rose to 40 per day from less than 10.

The figures show that the virus is spreading more rapidly in parts of northern England, prompting public health authorities to introduce localized restrictions that ban meetings and close pubs in cities such as Liverpool, Warrington and Hartlepool. Nationally, Brits have been told not to congregate in groups of more than six and bars and restaurants must close by 10pm.

“We must continue to fight this virus by protecting the economy,” Prime Minister Boris Johnson said Sunday.

—Bertrand Benoit in Berlin, Jason Douglas in London and Valentina Pop in Brussels contributed to this article.