Breaking News
Home / World / As the US, China bickers at the UN, an appeal – and a warning – from one of the smallest states in the world

As the US, China bickers at the UN, an appeal – and a warning – from one of the smallest states in the world 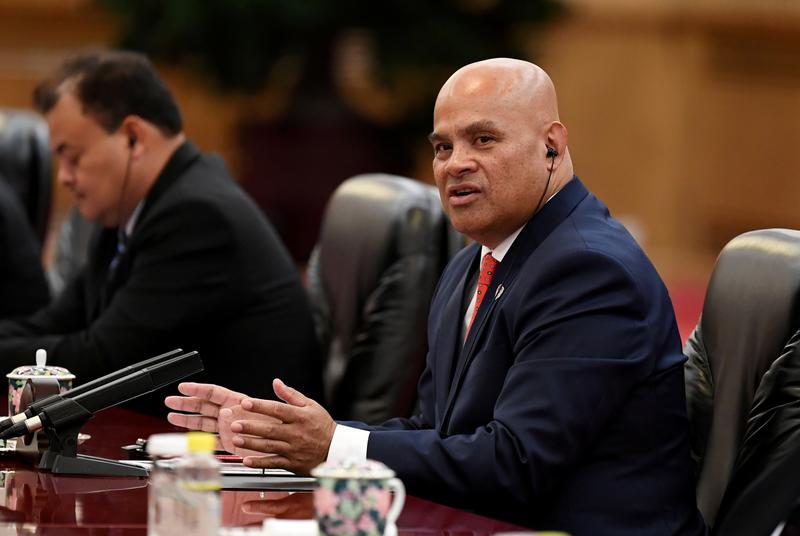 NEW YORK (Reuters) – As China and the United States squabbled at the United Nations this week over COVID-19 and climate, one of the world’s smallest states has called for detente.

“Micronesia is asking our American and Chinese friends to strengthen their cooperation and mutual friendship … to achieve what is best for our global community,”

Micronesia – with a population of approximately 113,000 – and its Pacific island neighbors have long been locked in a diplomatic tug-of-war between the world’s largest economic powers as China takes on U.S. influence in one region which Washington has considered its backyard since World War II.

During his Friday speech at the gathering of world leaders – pre-recorded due to the pandemic – Panuelo acknowledged that the competition had been beneficial to some people in the Pacific.

But he warned that the efforts “also threaten to break long-standing alliances within our Pacific community and could be counterproductive to our collective desire for regional solidarity, security and stability.”

The showdown between China and the US is taking place at the 193 United Nations, where Beijing has pushed for more multilateral influence in a challenge to traditional US leadership. Tensions between the two superpowers have reached boiling point around the world over the deadly coronavirus pandemic.

Micronesia’s appeal stood out during the annual – but virtual – gathering of world leaders at the United Nations this week because while most countries were calling for unity to fight COVID-19, other references to US and Chinese frictions were generally oblique.

“Many UN members think the United States is destructive and China is power-hungry. They don’t find either of them very tempting,” he said. “Ambitious Europeans like (French President Emmanuel) Macron see a chance to bridge the leadership gap, so they are willing to challenge Beijing and Washington.”

Macron addressed the General Assembly on Tuesday after US President Donald Trump demanded that China be held accountable for “unleashing” COVID-19 around the world, prompting Beijing to accuse it of “lies” and abusing the platform. of the United Nations to cause a confrontation.

“The world as it is today cannot descend to the simple rivalry between China and the United States, no matter the global weight of these two great powers, no matter the history that binds us together,” Macron said.

UN Secretary General Antonio Guterres also warned that the world is going in a dangerous direction and “cannot afford a future where the two largest economies divide the globe in a Great Rift, each with their own trade and financial rules and Internet and artificial intelligence capabilities. “

In the Pacific, China has forged stronger economic ties with small island nations and lured countries out of their long-term alliances with Taiwan, taking over Kiribati and the Solomon Islands over the past year.

China regards Taiwan as its territory with no right to state ties. Four of Taiwan’s remaining 15 diplomatic allies are in the Pacific: Palau, Nauru, Tuvalu and the Marshall Islands. All four states spoke in support of Taiwan during their leaders’ speeches at the United Nations.

Although tiny in terms of land mass, Pacific nations control vast areas of highly strategic waters, forming a boundary between the Americas and Asia. With ocean warming and sea level rise, they are also at the forefront of the global climate crisis.

“It is my hope … that the United States of America and the People’s Republic of China will jointly support global causes of global solidarity and cooperation, from climate change to COVID-19,” Panuelo said.

Qatar apologizes for searches at airports and pursues the costs