Astronomers may have spotted light from the collision of black holes 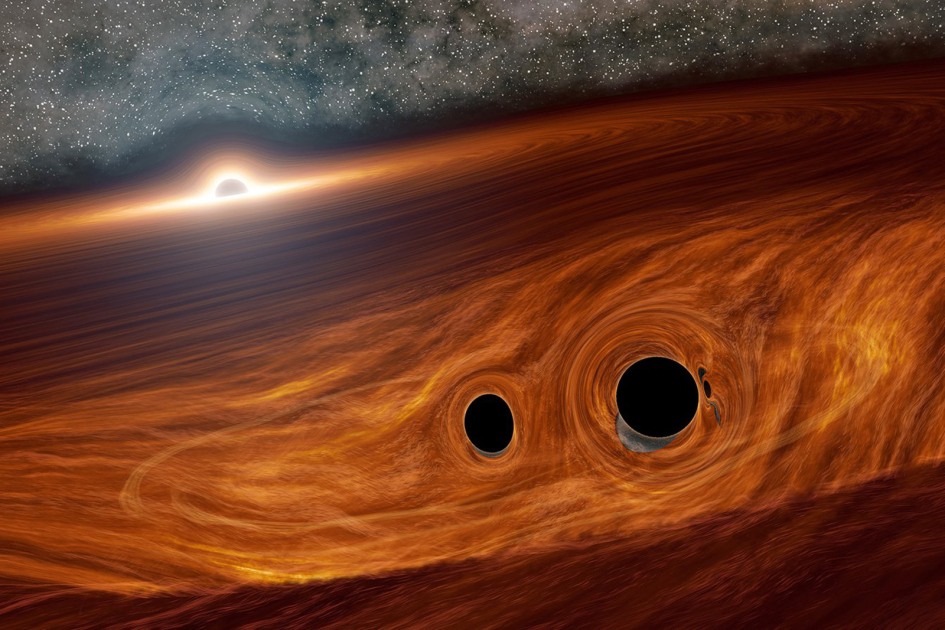 Collisions with black holes tend not to produce light by their very nature: you could capture gravitational waves, but that’s about it. However, scientists may have just found one of those rare cases where a collision was visible. A team that uses May 2019 data from both the Gravitational Wave Observatory (LIGO) and the Laser Interferometer and the Virgo detector in Europe has identified what appears to be the first known instance of a two-hole “glow of light” blacks that merge. If so, the key would likely be their interaction with a third, larger counterpart.

Many galaxies have supermassive black holes in the center whose gigantic gas disk can join smaller black holes. When this happens, the newly unified black hole can be ejected in an unusual direction through the disc, triggering a gas reaction days or weeks after the onset of gravitational waves. The timing of the glow aligned with this and also gradually eased over the course of a month.