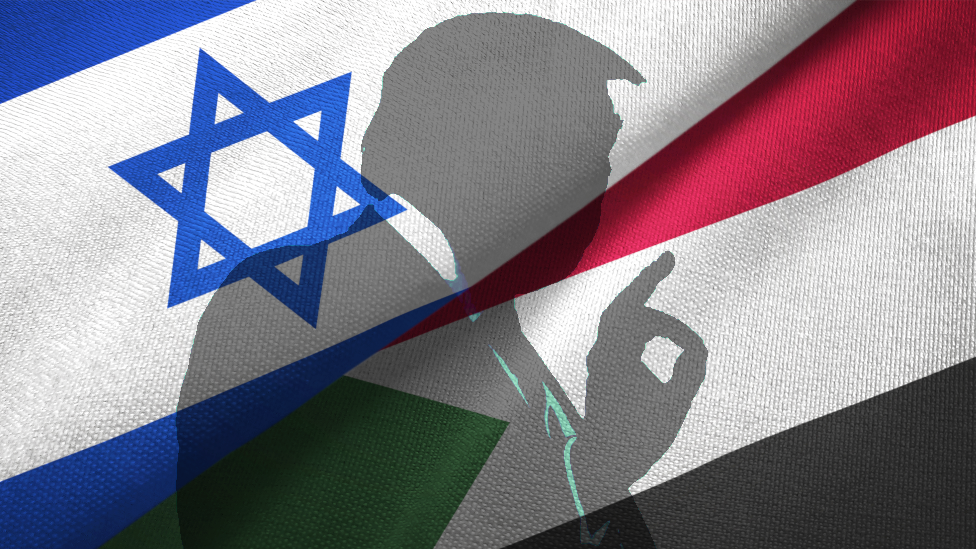 With Sudan in desperate conditions – a collapsing economy, looming hyperinflation and a nationwide food crisis ̵

1; the administration of US President Donald Trump and the Israeli government saw an opportunity.

But if Sudan recognizes Israel, the United States will remove it from the terrorist sponsor list, opening the door to essential economic stabilization measures.

It is a complicated story that dates back 30 years to the early days of the Islamist government of Sudan.

After taking power in a military coup in 1989, President Bashir transformed Khartoum into a global center for militant jihadism.

Al-Qaeda and other extremist groups have used Sudan as a base for carrying out terrorist attacks in the United States, Saudi Arabia, Egypt, Ethiopia, Uganda, Kenya and elsewhere.

After the first terrorist attack on the World Trade Center in New York in 1993, the United States designated Sudan as a state sponsor of terrorism.

Cooperation of the CIA

Shortly after the attacks of September 11, 2001, Sudan’s security services became a valuable partner of the US Central Intelligence Agency (CIA).

On this basis, Sudan should have been removed from the list of sponsors of terrorism.

But members of Congress were hostile to Khartoum for a variety of other reasons, including the war in Darfur and human rights abuses, and the list remained in place.

And the Bashir government was still operating in the shadows: it kept its ties open with Iran and Hamas, and on at least two occasions Israeli fighter jets attacked convoys traveling along Sudan’s Red Sea coast, presumably bringing weapons to Hamas. .

In 2016, under pressure from Saudi Arabia and the United Arab Emirates, the Bashir government cut its ties with Iran.

However, after last year’s democratic revolution, Washington DC has been slow to change.

US State Department officials wanted to retain the leverage of one of their most powerful tools. And they were worried that the new democratic regime might not last long.

The problem was that maintaining sanctions against Sudan could easily become a self-fulfilling prophecy, condemning the country to state failure.

As long as Sudan remains blacklisted, crippling financial sanctions remain in place. Legitimate Sudanese businesses are handicapped, foreign direct investment is blocked and the International Monetary Fund and the World Bank cannot adopt a package to alleviate its huge debt: $ 72 billion (£ 55.6 billion) and beyond.

The situation has worsened since the closure of Covid-19 and the floods. It is a crisis that cannot be overcome with food alms: it needs a massive injection of economic assistance.

In recent months, a deal to remove the terrorist list was slowly making its way through Congress, hampered by demands from relatives of victims of al-Qaeda attacks in East Africa and Yemen for compensation.

Sudan accepted a package of $ 335 million. But in September, two Democratic senators – Chuck Schumer and Bob Menendez blocked the measure, in part because they wanted to keep open the perspectives of relatives of 9/11 victims who were organizing a case.

The Trump administration offers Sudan a way out.

Following the UAE’s decision last month, Sudan, a member of the Arab League, would be only the fourth Arab state to do so.

This would be a huge boost to the administration’s campaign to normalize Arab relations with Israel in the weeks leading up to the elections.

Recognizing Israel would be an important step for Sudan – that’s really the point.

Good deal for the generals

The most vocal opponents of the move are the Islamists, now without power. But it is controversial across the political spectrum, and the civilian coalition includes many who insist on peace with the Palestinians first.

Mr. Hamdok knows that his coalition of civilian supporters would likely break up if he made the decision.

He told Pompeo that a decision on the issue should await a democratically elected government within three years.

Although Hamdok and his civil cabinet are in office, it is Sudan’s generals who hold real power.

With the support of the United Arab Emirates, Saudi Arabia and Egypt, the chairman of the transitional council, Lieutenant General Abdel Fattah al-Burhan and his deputy lieutenant general Mohamed Hamdan Dagolo, known as “Hemeti”, command troops and money.

And it is these generals who have to do with Israel. General Burhan met with Israeli Prime Minister Benjamin Netanyahu in February – without informing Hamdok – and the two will meet soon.

For Gen Burhan and Gen Hemeti, the US-Israel deal promises them the international recognition they crave without the drawback of democracy.

This is why the Sudanese Democrats are demanding that it be scrutinized.

This caused a protest, after which, in a deal brokered by the US, the UK, Saudi Arabia and the UAE, they agreed to share power with a civilian government.

The bottom line is that the military tolerates civilians only because they need international respectability. Sudanese public opinion has not forgiven the generals for their brutality and venality.

The older generation remembers Operation Moses, the 1984 secret agreement between then-President Jaafar Nimeiri to allow Israel to fly Ethiopian Jews from refugee camps in Sudan. Nimeiri was later accused of pocketing millions of dollars in bribes from the Mossad, the Israeli secret service.

Israel and the Ethiopian Jews:

A cabal of officers and businessmen controls vast dark trading empires built under Bashir, which are growing stronger by the day.

When the central bank runs out of money to pay salaries, it goes begging these generals. If they are rewarded, Sudan will remain a kleptocracy.

For Israelis, recognition by another Arab country is certainly a reward.

But for young Israelis and their US counterparts who protested the mass atrocities in Darfur 15 years ago, legitimizing the men who commanded the militias that perpetrated those massacres is a morally dubious step.

Hamdok’s position is the logical one: removing the terror blacklist and recognizing Israel are separate issues.

He argues that Sudan should be removed from the terror list immediately, because it has removed terrorists from its soil and because its democracy deserves to be saved.

And if Israel were recognized by a truly democratic Arab nation, it would be an award worth winning.

Alex de Waal is the executive director of the World Peace Foundation at the Fletcher School of Law and Diplomacy at Tufts University in the United States.