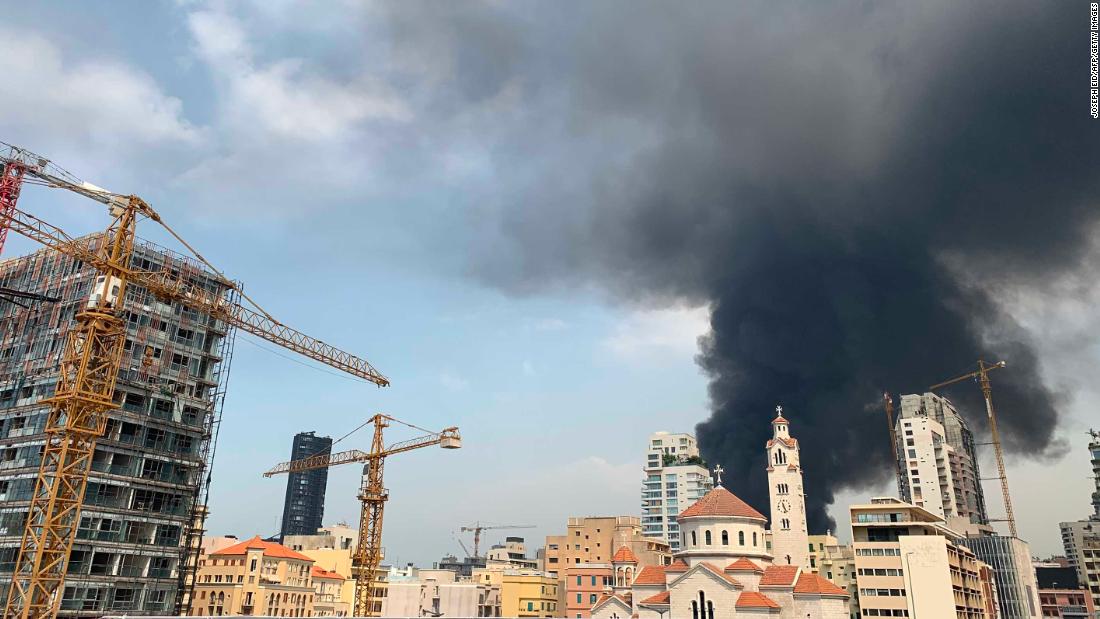 Efforts are underway to put out the flames, and army helicopters will participate in the efforts, the statement said.

Videos appeared on social media showing a large plume of smoke at the fire site.

The incident occurred just over a month after the massive explosion in Beirut that killed more than 170 people and injured more than 6,000.