Belarus: mass arrests and tear gas in the seventh weekend of protests 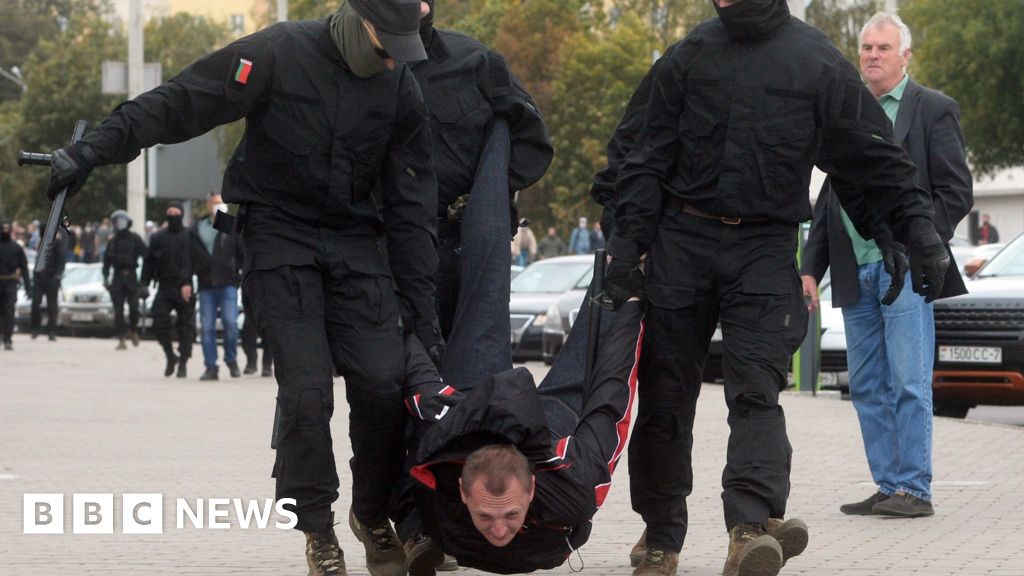 Belarusian police carried out mass arrests as tens of thousands of people gathered again to protest calling on leader Alexander Lukashenko to step down.

More than 50 people were arrested on Sunday, rights groups said.

Video footage appeared to show police spraying an irritant directly on the faces of protesters in a city.

It was the 50th day of protests after the disputed August presidential vote. Earlier this week, Mr. Lukashenko held a secret inauguration.

The electoral commission says Lukashenko won a sixth term with over 80% of the vote. But the opposition says he cheated and won the election with at least 60% of the vote.

Several EU countries and the US say they do not recognize Lukashenko as the legitimate president of Belarus.

Police admitted they used tear gas and stun grenades to disperse what they called “disobedient” protesters in the eastern city of Gomel on Sunday.

Meanwhile, in the capital Minsk, where tens of thousands of people gathered for the seventh consecutive weekend of protests, riot police pulled people out of the crowd and dragged them away in vans, a witness said. Reuters news agency.

Mr. Lukashenko was quietly inaugurated on Wednesday morning, without the usual pre-publicity and fanfare.

The man who ruled the former Soviet republic for 26 years said Belarus needed security and consensus “on the verge of a global crisis,” an apparent reference to the coronavirus pandemic.

“I cannot, I have no right to abandon the Belarusians,” he added, without referring to the mass demonstrations calling for his resignation.

His main rival for the president, Svetlana Tikhanovskaya, and other key opposition figures are currently in self-imposed exile in neighboring countries following a wave of arrests during demonstrations.

Ms Tikhanovskaya said Wednesday that Lukashenko “was neither a legal nor a legitimate head of Belarus”.