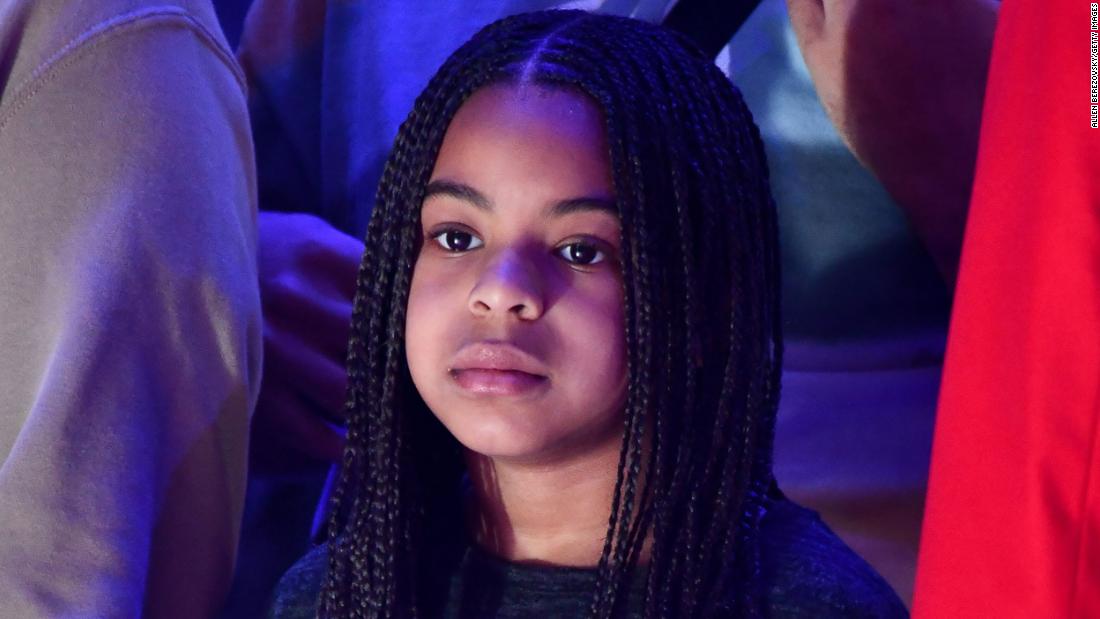 The girl picked up her first BET Award on Sunday by sharing it with her mother, WizKid and Saint Jhn for the single “Brown Skin Girl”.
The collaboration won the BET HER Award and made Carter the youngest winner of the BET Awards, which celebrated its 20th anniversary on Sunday.

“Brown Skin Girl” is a hymn of positivity that announces the natural beauty of black and brown girls.

Beyoncé promoted the racial equality message from the Sunday awards show with her acceptance speech for the Humanitarian Award.

He dedicated his honor to all those who marched in support of racial equality.

“Your voices are being heard and you are showing our ancestors that their struggles were not in vain,”

; said Beyoncé. “Now we have another thing we have to do to walk in our true power, that is to vote. I encourage you to keep acting. To continue to change and dismantle a racist and unequal system. We have to vote as our life depends on it, because it does. ”
Blue Ivy thrilled viewers of his mother’s Netflix 2017 performative film “Homecoming” when he sang a snippet of his rendition of “Lift Every Voice and Sing” at the end of the film.