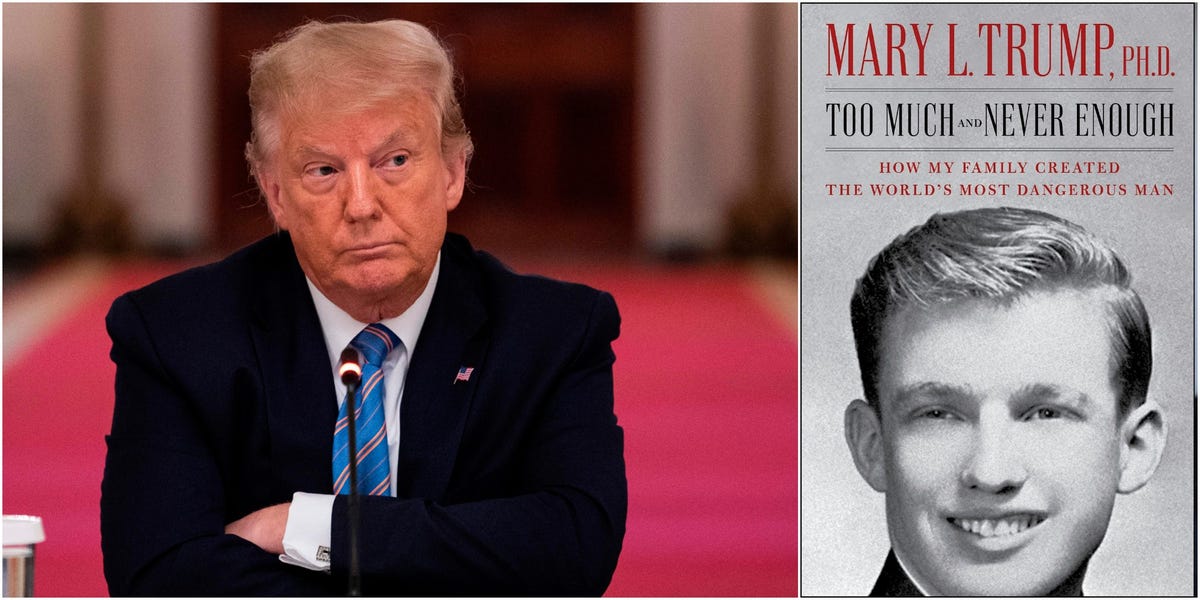 Donald Trump never forgave his older brother Freddy – Mary’s father – for dumping a bowl of mashed potatoes on his head when he was 7 years old.

According to Mary, this is a legendary story from the Trump family that she says shows where the president had his taste for humiliating others.

It happened when Donald was seven and was fighting with his brother Robert. He refused to listen to his mother’s orders for him to stop.

Desperate to end the fighting, 14-year-old Freddy took matters into his own hands and dumped a bowl of mashed potatoes onto Donald’s head. Everyone in the room except Donald burst out laughing.

“It was the first time that Donald had been humiliated by someone who even then believed he was under him. He didn’t understand that humiliation was a weapon that could be waged by one person in a fight,” wrote Mary Trump .

When her older sister Maryanne raised her at a meeting in the White House in 2017, the president “listened with his arms crossed and a frown on his face,” wrote Mary Trump.

“He still clearly felt the pain of that humiliation long ago,” recalls Mary in the book.