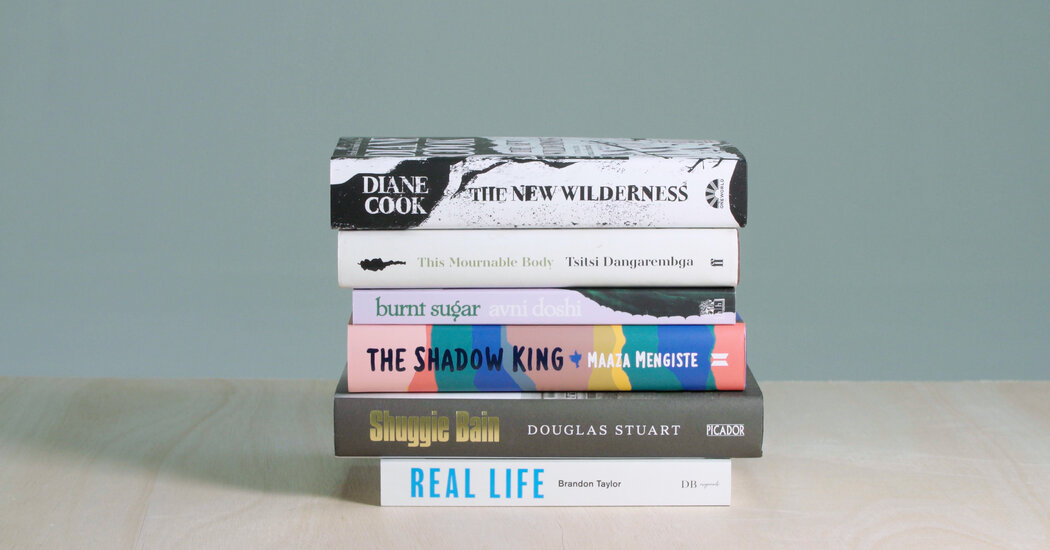 LONDON – First-time novelists dominated the shortlist for this year’s Booker Prize, one of the most prestigious literary awards in the world, the judges announced on Tuesday, while famous authors like Hilary Mantel and Anne Tyler did not make the list.

Nominated debuts include Douglas Stuart’s “Shuggie Bain,” a violent tale of a child growing up in 1980s Scotland; and Brandon Taylor̵

Diane Cook’s “The New Wilderness”, set in a dystopian future in which nearly all of the natural world has been destroyed; and Avni Doshi’s “Burnt Sugar,” about an artist’s struggles to cope with her elderly mother, are the other two debuts on the list.

The number of debuts “was a surprise,” Sameer Rahim, author and one of the judges, said at a press conference in London announcing the shortlist. But he said it was “a red herring” to focus on that problem, because many of the authors had previous writing experience.

The judges also read most of the books presented on the PDFs, few of which contained biographical information, Rahim added, so they didn’t know who the novice novelists were. “You don’t have time to Google the authors,” he said.

In previous years, Booker’s shortlist has been dominated by literary heavyweights, with works by Margaret Atwood, Salman Rushdie and Elif Shafak all appearing in last year’s list. In 2018, a group of high-profile authors unsuccessfully asked the Man Booker Foundation to exclude American authors from admission to the award.

The shortlist for this year’s award, revealed in July, included Hilary Mantel’s “The Mirror and the Light,” the conclusion of her acclaimed Thomas Cromwell trilogy; and Anne Tyler’s “Redhead by the Side of the Road”. But neither book made the cut.

“As good as it was, there were six that were better,” said author Lee Child, one of the judges, when asked about Mantel’s omission at the press conference.

Mantel won the Booker Prize for the first two parts of his Cromwell trilogy; in 2009, for “Wolf Hall” and in 2012, for “Bring Up the Bodies”.

Two of the shortlisted books are by established authors: Maaza Mengiste’s book “The Shadow King “and” This Mournable Body “by Tsitsi Dangarembga – and both works received acclaim. Namwali Serpell, in a review for the New York Times, called Mengiste’s book on Ethiopian women in the Second Italo-Ethiopian war a “new lyrical and extraordinary novel”.

“This Mournable Body”, about a woman struggling to find a job in Zimbabwe, was also praised. Alexandra Fuller, writing in the New York Times, called it “a masterpiece” looking at how women try to “imagine and work to get out of a narrative that has already been decided for them”.

Dangarembga is perhaps the best known name on the list due to its political struggles. In July she was arrested in Zimbabwe for taking part in anti-corruption protests.

The shortlist was chosen from a long list of 13 books. Originally, 162 books were submitted for the award. They were read by five judges, including Child and Lemn Sissay, a British poet. “The shortlist of six candidates came together unexpectedly,” Margaret Busby, editor and president of the judges, said in a press release.

“We are delighted to help spread these chronicles of creative humanity to a global audience,” he added.