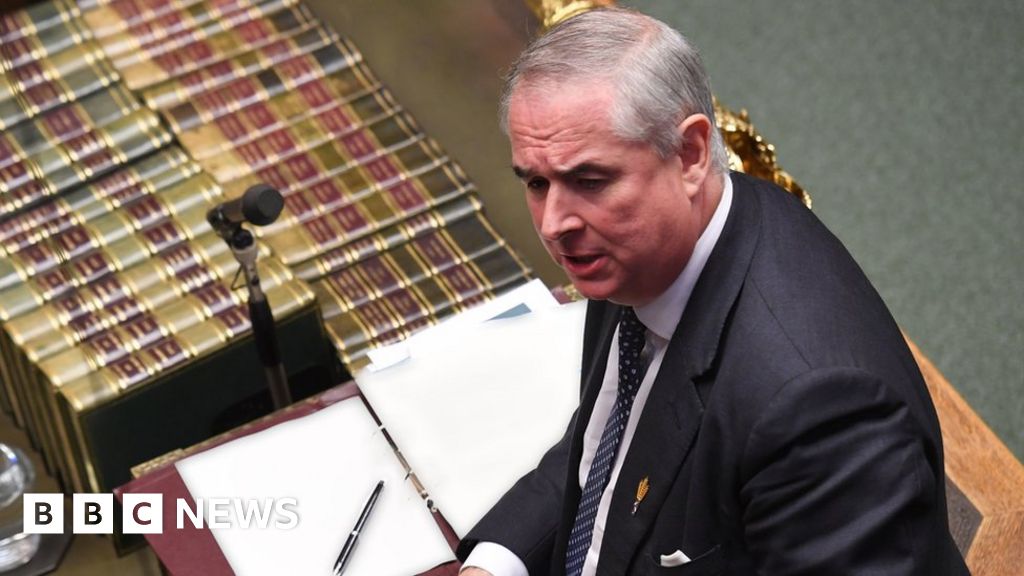 Former Attorney General Geoffrey Cox said he will vote against the government’s attempts to cancel the Brexit Withdrawal Agreement when it comes before the municipalities.

The draft internal market law would be contrary to the agreement signed by the UK and the European Union earlier this year.

Buckland told the BBC that he hoped the powers requested by ministers would never be needed and that he would step down if the UK ended up breaking international law “in a way I find unacceptable”.

Mr. Cox supported Brexit and was the government’s primary legal advisor when the Withdrawal Agreement was drafted.

Writing in the Times, Mr. Cox said there was “no doubt” that the “nasty” implications of the withdrawal agreement were known when the prime minister signed it.

“We, the British government and parliament, have given our word. Our honor, our credibility, our respect for ourselves and our future influence in the world depend on us keeping that word,” Cox wrote.

He said there were legal ways for the government to address his concerns, such as using a procedure set out in the agreement to take “temporary and proportional measures” to protect UK interests if approved by Councils.

“What ministers should not do, however provoked or frustrated they may feel, is to assume or use powers permanently and unilaterally to rewrite parts of an agreement that this country freely entered only a few months ago,” he added.

The UK has insisted that no new checks should be carried out on goods in transit from Northern Ireland to Great Britain when it leaves the single market and the EU customs union on 1 January.

The Northern Ireland Protocol, a key part of the Withdrawal Agreement signed by both sides last year, is designed to prevent a difficult border from returning to the island of Ireland.

The Internal Market Bill would give ministers the power to reduce the amount of paperwork Northern Irish businesses have to fill out on goods destined for Britain, such as export and exit declarations, or to eliminate the need altogether.

It would also allow the UK to change or reinterpret the “state aid” rules on business subsidies in Northern Ireland, should the two parties not agree on a future trade agreement.

It is controversial because it would change the terms of the Northern Ireland Protocol, a crucial part of the legally binding Withdrawal Agreement agreed by both parties prior to the UK’s exit from the EU on 31 January.

Former leaders were in office during key periods of the Northern Ireland peace process.

The two urged lawmakers to reject the “shameful” attempt to bypass parts of the agreement, writing in the Sunday Times that the government’s actions were “irresponsible, wrong in principle and dangerous in practice.”