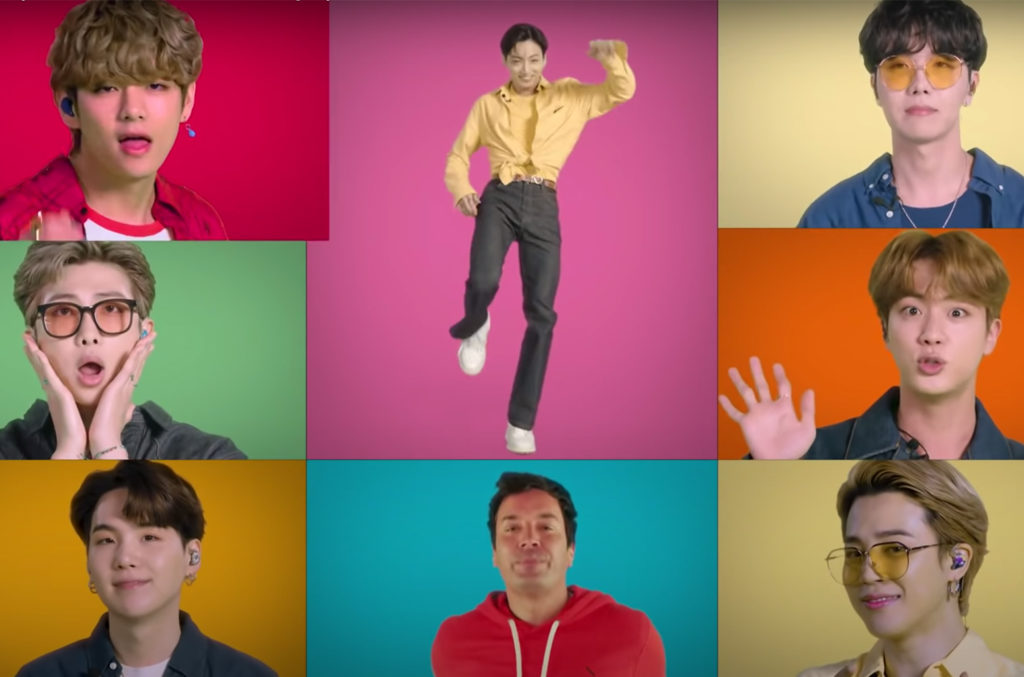 Monday night (September 28) was the kick-off of the week-long residency of K-pop superstars.

BTS gave fans something old and something new on Monday (September 28), the first night of their week Show tonight residence. Along with a ride through the Love yourself: respond gem “Idol”, RM, Jin, Suga, J-Hope, Jimin, V and Jungkook received an assist from the house band The Roots for their # 1 hit “Dynamite”.

The remixed version, in which the boys were isolated in colored boxes Brady Bunch-the style as Roots members played beatboxes and presenter Jimmy Fallon added percussion via ping-pong paddles, gave the song an ever-growing gang vocal feel while drummer Questlove added some owl-like whistles into the mix.

Fallon, however, may want to stretch next time before trying out the group̵

“BTS Week” will feature a mix of shows, chats and games as part of the November 20th release TO BE (Deluxe Edition), the sequel to 2020 Soul Map: 7.

Watch BTS perform “Dynamite” on The Tonight Show under.