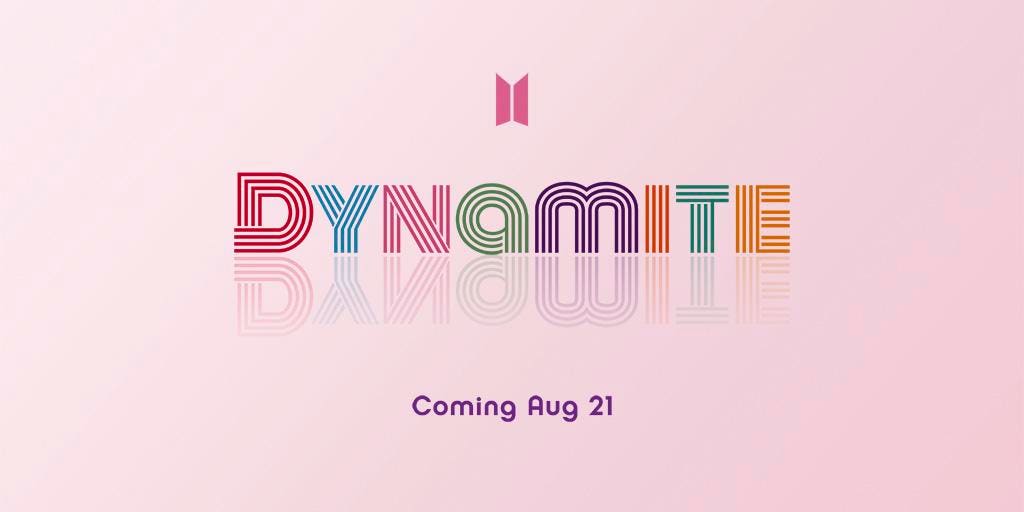 BTS will blow up the industry in style at the end of this month with the release of their new single, “Dynamite”.

After being previously announced, the title of the upcoming song was revealed on August 2 (August 3 in South Korea at midnight) via the chirping account of the South Korean company Big Hit Entertainment, with which BTS is managed. Along with the announcement, the BTS logos on social media platforms have been updated to present the bright “Dynamite” logo and a pink version of the BTS logo.

In a recent livestream, the record-breaking septet revealed that “Dynamite” is an “optimistic” English song, configuring it as a contender to be the song of the summer of 2020, one that should come with a bang as a bright moment in l age of the crown. “We also needed a breakthrough during these unexpected times, so we worked on this new song,” they said. “This is a new challenge for us too. When we first listened and recorded the song, we were excited and our spirits rose. We can’t wait to share this song with all of you and have fun together. “

Following the announcement of the song’s title, various hashtags related to the release of BTS’s “Dynamite” have become popular All over the world on Twitter while the loyal ARMY fan celebrated his next release.

BTS has released British and mainly English songs in the past, such as the Desiigner and Steve Aoki-remix of “Mic Drop” and “Waste It On Me”, a collaboration with Aoki, but “Dynamite” is their first single promoted specifically in the tongue. Its release on August 21 precedes an upcoming planned album on which members have previously revealed that they are working.

Since the announcement of the next release last month, a series of countdown timers has appeared on a website dedicated to the version of the single. The first timer hit zero last week and turned out to be a pre-save Spotify link to help fans become the first to hear “Dynamite”.