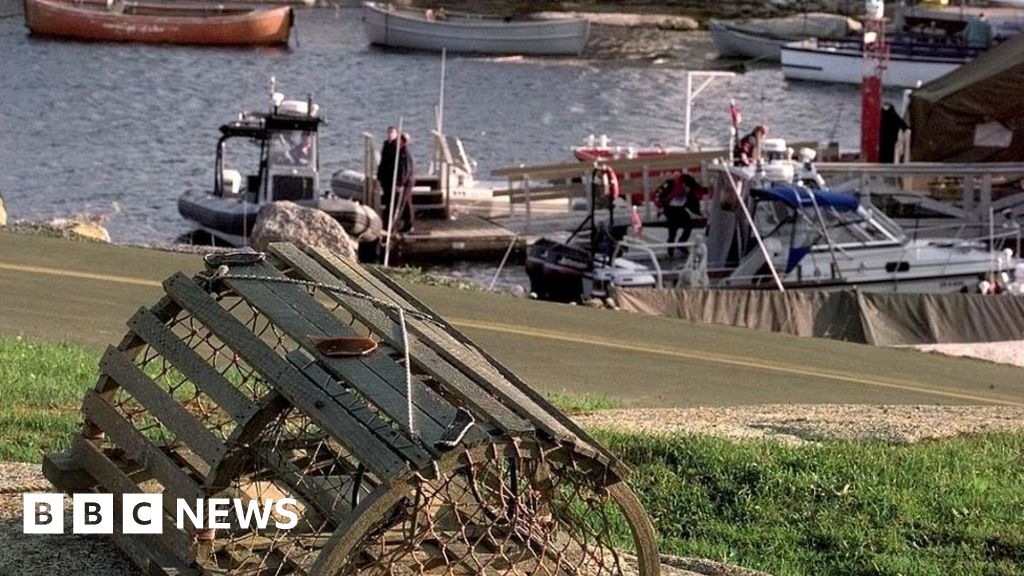 Police in the Canadian province of Nova Scotia made two arrests as tensions rise over a lobster fishing organized by the indigenous community.

Officers arrested two people for assault as crowds gathered to celebrate the launch.

Members of the Sipekne’katik First Nation claim they have the right to issue fishing licenses to their own people.

Non-native lobster fishermen, however, say their boats operate out of season and should be stopped.

The dispute comes on the anniversary of a ruling that affirmed the rights of indigenous groups to hunt and fish.

That 1999 ruling stated that hunting and fishing were to be moderate livelihoods, but “moderate” remains largely undefined.

Lobster is Nova Scotia’s most valuable fish export, and the associated fishing industry is worth approximately CAD 500 million (£ 293 million) annually.

On Thursday, Sipekne’katik First Nation issued the first licenses as part of its new self-regulated “moderate livelihood” fishery in the port of Saulnierville. About 200 people gathered on the dock to greet the boats and a ceremony was held to bless the fleet.

Sipekne’katik chief Michael Sack told the crowd that they were exercising their constitutional rights confirmed in the 1999 ruling.

“Our problem is not with commercial fishermen, we have a problem with levels of government not supporting our rights,” he said, quoted by CTV. “Commercial fishermen should just back off and let us do our thing.”

When the launch of the new fishery took place, a flotilla of boats belonging to non-native lobster fishermen surrounded the mouth of the harbor in protest.

Indigenous fishermen later said that the lines of their lobster traps had been cut and torches had been thrown at their boats.

The Royal Canadian Mounted Police (RCMP) said on Friday that officers had been to the dock and other nearby locations to try to calm the situation.

Local media said tempers were frayed amidst a large crowd gathered at Weymouth Pier, about 25km north of Saulnierville.

“We arrested two people at Weymouth Pier,” said RCMP spokesperson Jennifer Clarke Both, quoted by broadcaster CBC. “They were arrested for assault and escorted away from the scene and have since been released, awaiting court.”

He said police will maintain a presence in the area over the weekend.

On Friday, indigenous leaders declared a “state of emergency” in response to mounting tensions.

Non-native lobster fishermen are calling on the Canadian government to crack down on the new fishery. They say the law stopping lobster fishing for several months is vital for conservation purposes.

They also claim that indigenous fishing is actually a commercial operation that removes large numbers of lobsters, although First Nation leaders strongly contest this.

Canadian Fisheries Minister Bernadette Jordan told CBC Nova Scotia News she wanted to meet with representatives from both sides of the dispute to discuss “the best path forward”.

She said she was confident that both sides would come to the table for safety reasons.

In recent years, Canada has faced a number of issues affecting the rights of indigenous peoples.

Prime Minister Justin Trudeau and his Liberal Party came to power by promising to transform the country’s relationship with indigenous communities.

Indigenous people in Canada have rights that include the right to land, self-determination and self-government, and the practice of their culture and customs.

There are more than 1.6 million indigenous people in Canada, which includes First Nations, Inuit, and Metis, and they represent approximately 5% of the national population.