Breaking News
Home / World / Carlo Acutis: The Millennial generation has a Blessed One

Carlo Acutis: The Millennial generation has a Blessed One 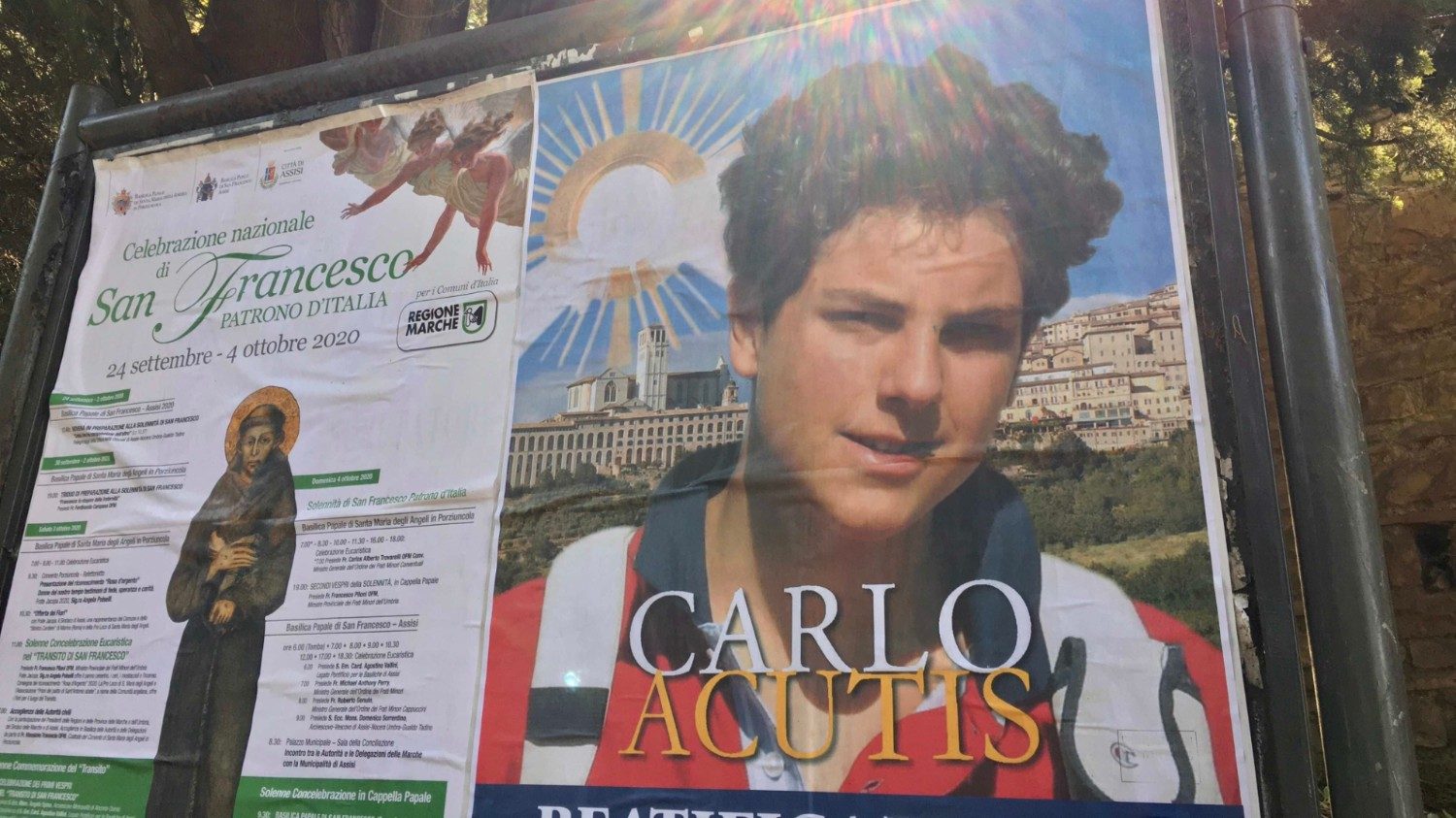 A member of the Millennial generation, the fifteen-year-old Carlo Acutis, will be beatified on Saturday in Assisi. A short biography tells how his passion for the Eucharist and the common sense of the internet left us a tangible bond with him.

He was only 15 when he died in a hospital in Monza, Italy, in 2006, offering all his suffering for the Church and for the Pope.

Carlo Acutis, was beatified Saturday in Assisi. He was a normal, handsome and popular guy. A natural prankster who loved to make his classmates and teachers laugh.

He loved playing football, video games and had a sweet tooth. Carlo couldn̵

7;t say “no” to Nutella or ice cream. Putting on weight made him realize the need for self-control. It was one of the many struggles that Carlo had to overcome: learning to master the art of self-control, to master the virtue of temperance, starting with simple things. He said, “What’s the point of winning 1,000 battles if you can’t beat your own passions?”

“Be original and not photocopies”

Carlo’s motto reflects the life of a normal teenager who tried to be the best version of himself, living the ordinary in an extraordinary way. He used his first savings to buy a sleeping bag for a homeless man he often saw on his way to Mass. He could have bought another video game for his game console collection. He loved playing video games. Instead, he chose to be generous. This was not an isolated case. His funeral was filled with many of the poor residents of the city that Charles had helped, demonstrating that the generosity he had offered to the homeless traveling to mass had also been offered to many other people.

He was a “natural joker” as his mother, Antonia Salzano, once commented in an interview. His classmates laughed at his remarks, and so did the teachers. Realizing that he could annoy and disturb others, he strove to change in that regard too. Making life pleasant for those around him through small gestures was a constant in his life. He didn’t like cleaning staff coming to pick him up, even if he was paid for that. So he set the alarm a few minutes earlier to tidy up his room and make the bed. Raejsh, a Hindu who cleaned Carlo’s house, was struck by the fact that someone “so handsome, young and rich” decided to live a simple life. “He fascinated me with his deep faith, charity and purity,” he noted. Through the example of Charles, Raejsh decided to be baptized in the Catholic Church.

Purity was very important in Carlo’s life. “Every person reflects the light of God” was something he commonly said. It hurt him when his classmates didn’t live up to Christian morals. He encouraged them to do so, trying to help them understand that the human body is a gift from God and that sexuality was to be experienced as God intended. “The dignity of every human being was so great that Charles saw sexuality as something very special, as he was collaborating in the creation of God,” his mother recalled.

Our new Beato also enjoyed wearing diving goggles and playing “fetching garbage from the bottom of the sea”. When he took the dogs for a walk, he always collected the garbage he encountered. It was his way to improve his corner of the world.

Passion for the Eucharist

Carlo’s true passion was the Eucharist: “his way to heaven”. This led to his mother’s conversion. A woman who had only gone to Mass “three times in her life” was eventually won over by the boy’s affection for Jesus. She enrolled in a theology class so that she could answer all of her young son’s questions.

At the age of 11, Charles began to investigate the Eucharistic miracles that have occurred in history. He used all his computer knowledge and talents to create a website that traced that story. It consists of 160 panels and can be downloaded by clicking here and which have also been around more than 10,000 parishes around the world.

Carlo couldn’t understand why the stadiums were full of people and the churches empty. He repeatedly said: “They must see, they must understand.”

In the summer of 2006, Carlo asked his mother: “Do you think I should become a priest?” She replied, “You will see it for yourself, God will reveal it to you.” At the beginning of that school year he was not feeling well. It looked like a normal flu. But when he didn’t get better, his parents took him to the hospital. “I’m not getting out of here,” he said when he entered the building.

Soon after, he was diagnosed with one of the worst types of leukemia: acute myeloid leukemia (AML or M3). His reaction was surprising:

“I offer the Lord the sufferings that I will have to suffer for the Pope and for the Church, in order not to have to be in Purgatory and be able to go directly to heaven”.

He died shortly after.

“He’s a priest from heaven,” says his mother.