Breaking News
Home / World / Charlie Hebdo: two wounded in a knife attack in Paris near the former office of a satirical magazine 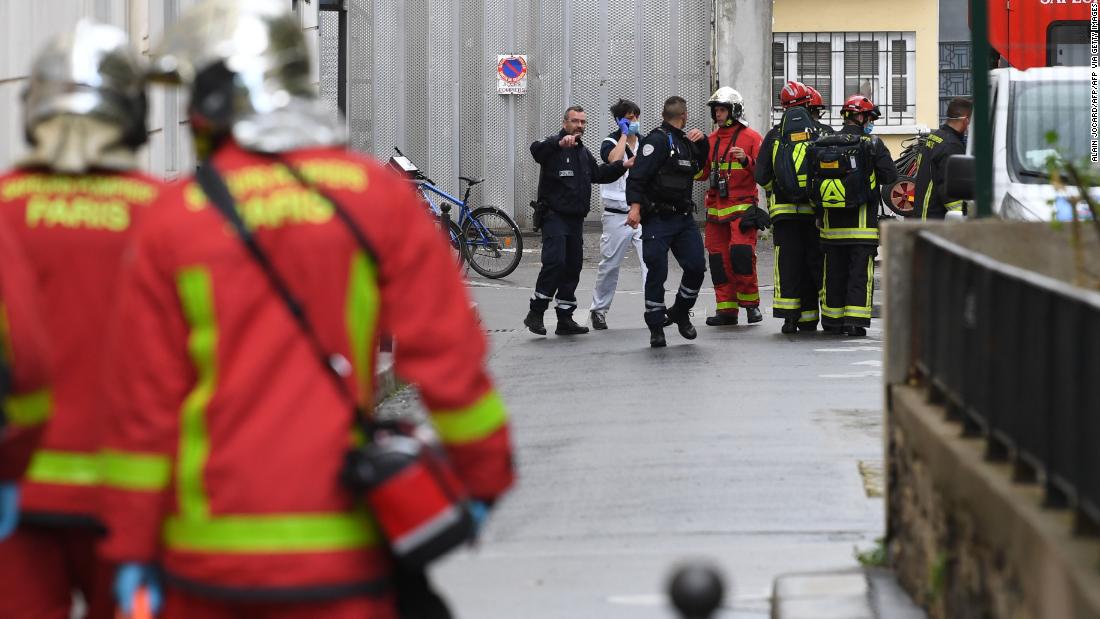 The two victims are in serious condition but their lives are not in danger, according to the police spokesman. Police had previously said there were four people injured in the attack.

One person has now been arrested near Place de la Bastille in Paris’ 11th district, but police said it was still unclear whether he was the suspected attacker.

Moreira said that “it all happened very quickly” and that “the two people in front of the office were hit a few times”. Moreira said the victims were attacked with a “kind of cleaver”

French Prime Minister Jean Castex called off an event in the Parisian suburb of Seine-Saint-Denis following the incident. “An armed attack was carried out in the 11th arrondissement of Paris in front of the old Charlie Hebdo office,” he said. A perimeter has been set up around the area.

The stabbing took place during a trial of suspected accomplices in a series of terrorist attacks in January 2015, which began with a massacre in the offices of Charlie Hebdo and ended with a siege in a kosher supermarket two days later.

The suspects are accused of providing logistical support to the perpetrators – the brothers Said and Chérif Kouachi, and their accomplice Amedy Coulibaly – and are accused of having participated in a terrorist criminal association.

A total of 17 people were killed in the 2015 attacks, which took place in the French capital over three days.

Twelve of them were killed when the Kouachi brothers broke into the Charlie Hebdo building and opened fire at the editorial meeting on January 7.

Victims included the magazine’s editor, Stephane “Charb” Charbonnier, several cartoonists and columnists, and a security officer tasked with protecting Charb, who had been threatened by the magazine’s 2006 publication of cartoons depicting the Prophet Mohammed.

The following day, January 8, policewoman Clarissa Jean-Philippe was shot dead by Coulibaly in the suburb of Montrouge, south of Paris.

On January 9, Coulibaly took several people hostage in a kosher supermarket on the eastern outskirts of Paris in Porte de Vincennes. Four hostages were killed. Coulibaly was killed by police when they moved to end the siege and save 15 more hostages.

The Kouachi brothers were killed by police in a separate operation in Dammartin-en-Goele, northeast of Paris, on the same day.

To mark the start of the trial earlier this month, Charlie Hebdo re-released the controversial cartoons depicting the Prophet Muhammad, along with a tribute to employees who lost their lives in 2015.

In a statement, the magazine described the cartoons as “part of history, and history cannot be rewritten, nor can it be erased.”

Gaëlle Fournier in Paris and Niamh Kennedy in London contributed to this report.