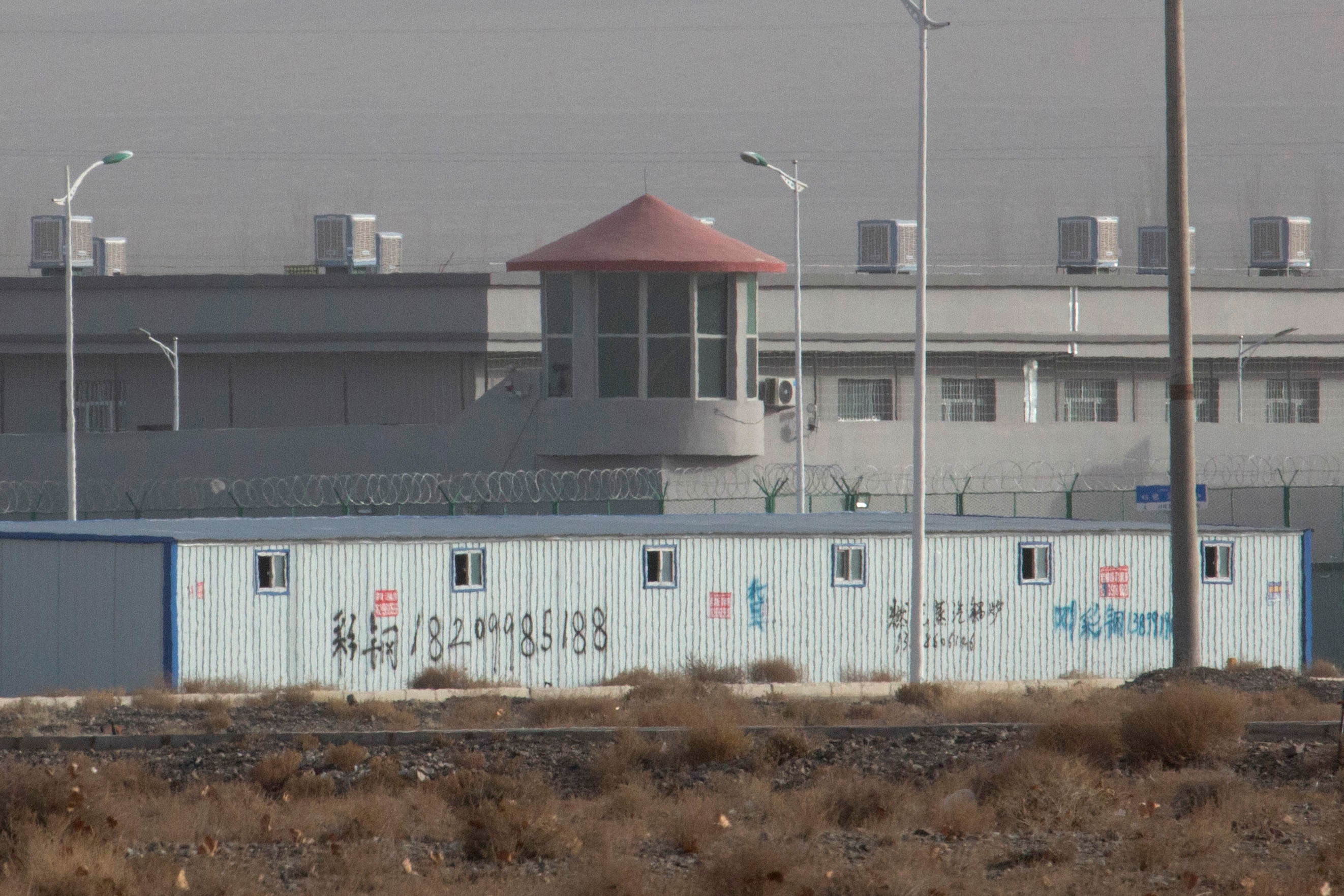 China’s network of detention centers in Xinjiang, where Muslim minorities are reported to be subjected to repression, appears to be expanding and more facilities resemble prisons, says an Australian think tank.

The Australian Strategic Policy Institute released the statement after reviewing satellite images and official construction tender documents to map more than 380 suspicious structures in the far north-west, highlighting internment camps and other structures that have recently been built. or expanded from 2017.

In this 2018 photo, a watchtower and barbed wire fences are seen around a structure in the Kunshan Industrial Park in Artux, in western China’s Xinjiang region. An Australian think tank says China appears to be expanding its network of secret detention centers in Xinjiang, where Muslim minorities are being targeted in a forced assimilation campaign. (AP)

HOW THE UNITED STATES CAN HELP THE CHINESE UIGHURI

Predominantly Muslim minorities in the Xinjiang region, such as Uyghurs, have been locked up in camps as part of a government assimilation campaign launched in response to decades of sometimes violent struggle against Chinese rule. Although Chinese officials have described the camps as “college-like” facilities intended to provide free vocational training, the former detainees claim to have been subjected to brutal conditions, political indoctrination, beatings and sometimes psychological and physical torture.

Under the pressure of assimilation, the state has also forced Uyghurs to undergo sterilization and abortions, an Associated Press investigation found and in recent months ordered them to drink traditional Chinese medicines to fight the coronavirus.

At least 61 of the alleged detention sites have undergone new construction and expansion works in a year through July 2020, the report said. These included at least 14 structures still under construction this year.

“Of these, about 50 percent are higher-security facilities, which could suggest a shift in usage from low-security ‘re-education centers’ to more secure prison-style facilities,” Ruser wrote.

At least 70 structures appear to have lower security due to the removal of the internal fence or perimeter walls, the report said.

These included eight camps that showed signs of being dismantled and had probably been closed. Of the camps with no security infrastructure, 90 percent were inferior security facilities, the report said.

The think tank’s findings align with AP interviews with dozens of relatives and former inmates indicating that many in the camps have been sentenced in secret, extrajudicial trials and transferred to high-security prisons for things like making contact with people at abroad, having too many children and studying Islam. Many others deemed less risky, such as women or the elderly, have been transferred to a form of house arrest or forced labor in factories.

Citing media reports and internet user surveys, Wang said one of the sites in the report had been identified as an electronics manufacturing park and another as a five-star residential complex.

“So we also hope that all sectors can distinguish truth from falsehood and at the same time resist such absurd claims made up by anti-Chinese institutions,” Wang said.

Regional government president Shohrat Zakir also said that foreign media reports of 1 or 2 million people attending these centers were fabricated, although he did not provide any figures.

The Chinese state news agency Xinhua reported late last year that the “trainees” who attended the “vocational education and training centers” intended to de-radicalize them had “all graduated”.