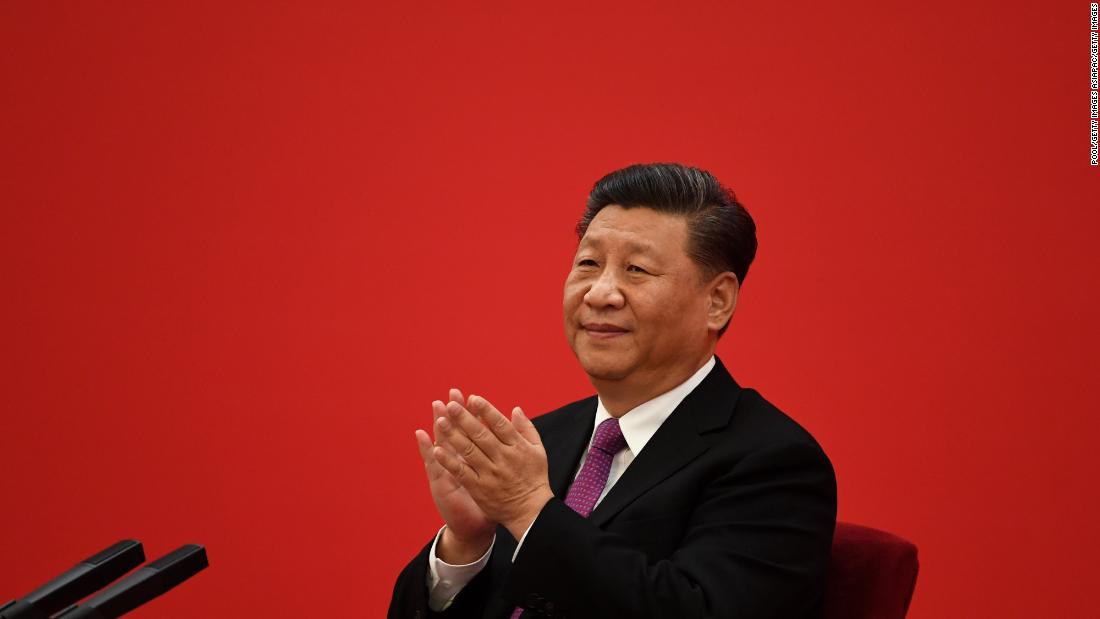 Up to 2 million Uyghurs, a predominantly Muslim ethnic group, as well as other minorities, are believed to have passed through detention centers in the region in recent years, according to the US State Department, where they would have been subjected to political indoctrination and abuses under the pretext of de-radicalization efforts.

Speaking at a two-day business conference on Xinjiang that concluded on Saturday, Xi said China’s strategy for Xinjiang was correct “and must be respected in the long term.”

7;s work always stays in the right political direction,” Xi added, according to the state media.

“We must also continue the leadership of the Sinicization of Islam to achieve the healthy development of the religion,” Xi said. The Chinese leader added that “it is necessary to tell the story of Xinjiang in a multilevel, comprehensive and three-dimensional way, and to propagate Xinjiang’s excellent social stability with confidence.”

Even before the mass detention policy, Muslims in Xinjiang faced increasing restrictions on the practice of their religion, from limits on wearing the veil or growing a beard, to the pressure not to fast during Ramadan.

Xi said current policies in Xinjiang have brought “unprecedented results” in economic growth, social development and improving people’s living conditions. He added that “the sense of gain, happiness and security among people of all ethnic groups has continued to increase.”

His remarks come amid growing condemnation by Western nations, including the United States, of alleged human rights violations in the region. Last week, the US House of Representatives overwhelmingly passed a bill called the “Uyghur Forced Labor Prevention Act,” which aims to ban certain imports from Xinjiang and impose sanctions on those responsible for human rights violations in the region.

Speaking at the UN General Assembly this month, French President Emmanuel Macron called for an official investigation into Xinjiang.

Growing international pressure comes as many human rights groups have begun to describe the situation in Xinjiang as genocide, amid reports of the mass sterilization of Uighur women as part of state-led efforts to promote demographic change. Last week, Chinese authorities confirmed that there had been a drop in birth rates in Xinjiang since 2018, but denied that this was the result of the sterilizations.

Former inmates who spoke to CNN testified that they received or were aware of forced sterilization. Numerous other witnesses spoke of widespread abuse and forced indoctrination in the camps.