Breaking News
Home / World / Coronavirus: David Lammy warns that people are ‘bubbling out of pubs’ due to curfew 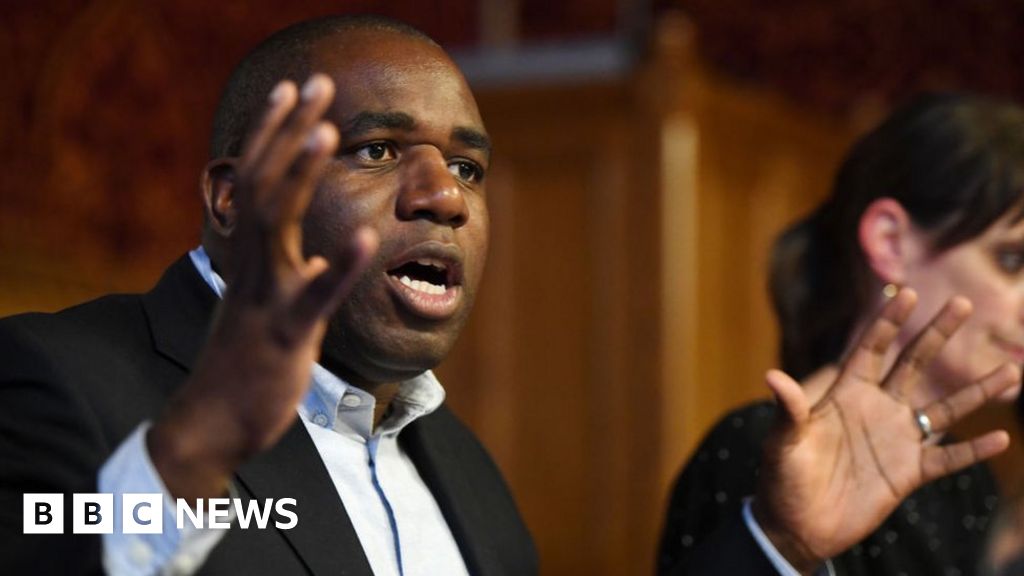 The Labor MP said drinkers “are roaming around the cities and are potentially spreading the virus.”

Mr. Lammy questioned the “science” behind the new restrictions, saying, “It’s not clear where it came from.”

But the culture secretary said: “Science is certainly behind it.”

Oliver Dowden, speaking on BBC One’s Andrew Marr Show, insisted: “That’s why we ask people to be seated in pubs and restaurants, so that it stops their flow to and from the bar.

“We are reducing closing times to prevent people from staying late and drinking.”

“And the point of all of this is that everyone has their part to play. If we all abide by the rules, we can ensure that there are no further and more draconian restrictions,” added the secretary of culture.

Under the new restrictions, which came into effect on Thursday, all pubs, bars and restaurants in England will close by 10pm every night. They are also limited to table service only.

But both businesses and community groups have expressed concern that the new curfew encourages customers to all leave together and continue drinking together at a person’s home.

Brewery and pub chain Greene King told the BBC: “Without the usual slow ‘relaxation’ time that pubs would see with a gradual closure, the customers all left at the same time, which was more of a challenge for the pub team that handled the safety of people on leaving the premises.

“We’ve also seen examples of people leaving our pubs to buy alcohol in stores to drink elsewhere,” his statement said.

It calls on the government to reconsider many of the measures, which have been introduced since the number of Covid-19 infections has started to rise again.

They called for further help for the hospitality sector: “The measures were not well thought out and the combined impact of [the curfew], the challenges of table service alone and the fact that the government is unfairly targeting the hospitality sector has had a cumulative negative impact. “

Pub chain operator Mitchells & Butlers, which operates brands such as All Bar One, said it was too early to say what impact the curfew might have on the business, although it “creates an additional challenge as it forces customers to leave everything at once rather than gradually disperse “.

A spokesman said it represents an additional obstacle “in times that are already very challenging and uncertain for our sector”.

The boss of the Wetherspoon pub chain also questioned the introduction of the 10pm curfew.

Tim Martin said on Tuesday: “The main problem with the 10pm curfew is that it is another random and arbitrary move by the government that lacks scientific logic or credibility.”

He said it would reduce sales of “struggling” pubs and restaurants, while also increasing “the level of unsupervised socialization” at home and elsewhere.

Speaking at the Marr show, Professor Mark Woolhouse, who is part of the government’s advisory body shaping pandemics, said the modeling of the effect of the new curfew had not been done to his knowledge.

He explained: “The models don’t have the kind of granularity that you can explore in detail for pub closing times, or even different versions of the rule of six that we now have across the country.

“So this sort of thing has to be called judgmental based on public health evidence.”

A spokesperson for the Department for Business said, “These measures strike a balance between saving lives by protecting our NHS and the most vulnerable and minimizing the wider impact on the economy and schools.

He said the government has taken “immediate action” as the latest data suggests a “considerable increase” in the infection rate within the hospitality sector in recent weeks. “

“We have taken decisive action to support the hospitality industry during the coronavirus outbreak and will keep all measures under constant review,” he added.

After falling from the peak in April, new confirmed coronavirus cases in the UK have risen again since the beginning of August.

On Saturday, the country recorded 6,042 new cases. It was the fourth consecutive day that new infections across the UK exceeded 6,000.