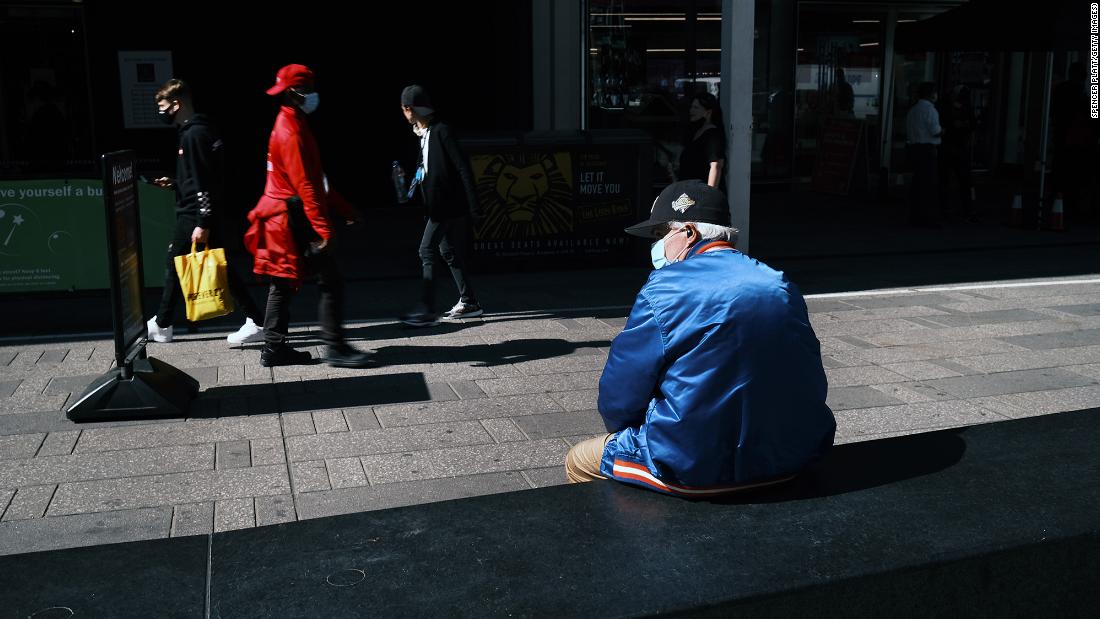 Florida, which became the country’s hotspot over the summer, is “ripe for another major epidemic,” an infectious disease expert told CNN.

“What they did is open everything up as if nothing ever happened and you and I could probably talk in eight or ten weeks, and I bet Florida will be a burning house,” Michael Osterholm, director of the Center for Infectious Disease Research and Policy at the University of Minnesota, he told CNN Friday.

Dr Deborah Birx, coordinator of the White House Coronavirus Task Force, also warned on Friday about “first hints” of alarming trends in the northeast, urging residents to take action and help prevent spread before the virus takes off. new.

“The actions this time have to happen on a personal level, in our private homes, rather than just in public spaces,”

; he said.
In New Jersey, officials are monitoring several areas of concern after the governor said the state was starting to see “sobering” numbers. And in New York, several districts prompted Governor Andrew Cuomo to impose severe restrictions in areas with large Orthodox Jewish communities, sparking protests and criticism from some local leaders.

As of October 8, the moving average of new cases per one million people in the Northeast has increased by 91% since September 8, according to data from Johns Hopkins University. And in the United States, 28 states – mostly spread across the Midwest and Northeast – are reporting more new cases than the previous week, according to Johns Hopkins.

Only two states – Maine and Nebraska – are reporting a decline.

Alarming trends across the country

There are worrying trends in the United States. At least 22 states reported more than 1,000 new cases on Thursday. And the daily average of cases in the country – now more than 46,000 – has increased 12% from the previous week.

Hospitalizations are also on the rise. Of particular concern are the numbers coming out of Wisconsin, experts say, which in recent days has reported the highest daily number of cases, number of hospitalizations and number of deaths.
After issuing an emergency order limiting public gatherings, Wisconsin Governor Tony Evers warned the state was in a “disastrous place” and announced that a field hospital would open next week to help respond. to the wave of patients.

“We are in crisis right now and we need to change our behavior immediately to save lives,” he told residents earlier this week.

But other states aren’t far behind, with Lt. Governor Spencer Cox of Utah saying this week hospitalization rates were “rising” and “starting to strain our healthcare system.”
Health officials have warned that things could get worse as winter approaches and the Covid-19 pandemic is against flu season. Projections from the University of Washington’s Institute for Health Metrics and Evaluation show that more than 2,900 Americans die every day by January. And the latest forecasts from the US Centers for Disease Control and Prevention set show that the death toll in the United States could rise to 233,000 by the end of the month.
According to Johns Hopkins, more than 213,000 Americans have died from the virus since the start of the pandemic.

CDC: Young adults can be the sparks in hotspots

Meanwhile, CDC researchers say young adults could be the sparks that have sparked new hot spots of the spread of Covid-19.

The researchers found that the percentage of positive Covid-19 test results begins to rise among people under the age of 25 about a month before a county is designated as a hotspot.

The rate of positivity in younger people was followed by increasing positivity among the older age groups, the researchers wrote.

Other experts have previously stated that this may be the case. Over the summer, Birx said parts of the country witnessed the spread of a “family”: young people were contracting the virus and unknowingly (as many often have mild or no symptoms) brought it home to their parents. , who then passed the virus to other family and community members.

With holidays like Thanksgiving on the horizon, Birx urged residents on Friday not to let their guard down and said it was important for college students returning home to remain diligent in taking health precautions and encouraging their communities to do the same.

Andrea Kane, Lauren Mascarenhas, and Amanda Watts of CNN contributed to this report.

Plastic bottles lose their microplastic when heated. Should you worry? : Goats and Soda: NPR