Breaking News
Home / Health / Coronavirus: who will get the vaccine first?

Coronavirus: who will get the vaccine first? 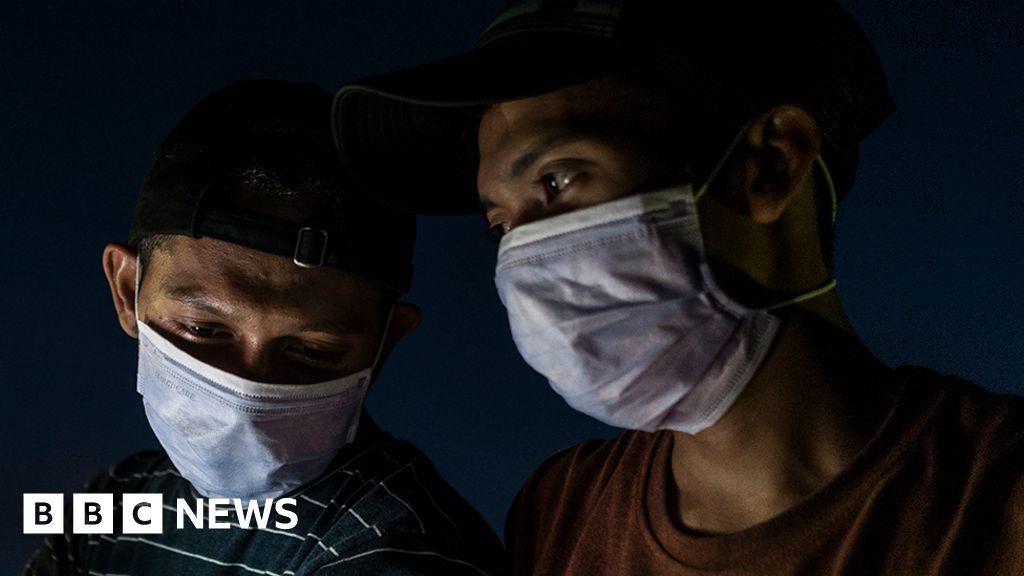 If or when scientists manage to produce a coronavirus vaccine, there won’t be enough of it to go around.

Research laboratories and pharmaceutical companies are rewriting the regulation on the time it takes to develop, test and manufacture an effective vaccine.

Unprecedented steps are being taken to ensure the vaccine rollout is global. But it is feared that the race to get one will be won by the richest countries, to the detriment of the most vulnerable.

So who will get it first, how much will it cost and, in a global crisis, how can we make sure no one is left behind?

Vaccines to fight infectious diseases usually take years to develop, test and distribute. Even then, their success is not guaranteed.

To date, only one human infectious disease has been completely eradicated ̵

The rest – from poliomyelitis to tetanus, measles, mumps and tuberculosis – we live with or without, thanks to vaccinations.

When can we expect a coronavirus vaccine?

Trials involving thousands of people are already underway to see which vaccine can protect against Covid-19, the respiratory disease caused by the coronavirus.

A process that usually takes five to 10 years, from research to delivery, is cut down to months. Meanwhile, production has been expanded, with investors and manufacturers risking billions of dollars to be ready to produce an effective vaccine.

Russia says trials of its Sputnik-V vaccine have shown signs of an immune response in patients and mass vaccination will begin in October. China claims to have developed a successful vaccine that is being made available to its military personnel. But concerns have been expressed about the speed with which both vaccines were produced.

Nor are they on the World Health Organization’s list of vaccines that have reached phase three of clinical trials, the phase that involves more widespread testing in humans.

Some of these leading candidates hope to gain vaccine approval by the end of the year, although WHO has said it does not expect widespread vaccinations against Covid-19 until mid-2021.

British drug manufacturer AstraZeneca, which is licensed for the vaccine from the University of Oxford, is ramping up its global manufacturing capacity and has agreed to supply 100 million doses to the UK alone and possibly two billion globally – if should be successful.

Pfizer and BioNTech, which say they have invested more than $ 1 billion in their Covid-19 program to develop an mRNA vaccine, expect to be ready to seek some form of regulatory approval as early as October this year. .

There are about 20 other pharmaceutical companies with ongoing clinical trials.

Not all of them will be successful – normally only about 10% of vaccine trials are successful. The hope is that global attention, new alliances and common purpose increase the odds this time around.

But even if one of these vaccines is successful, the immediate deficit is evident.

Governments are hedging their bets to secure potential vaccines, making deals for millions of doses with a range of candidates before anything is officially certified or approved.

The UK government, for example, has signed confidential sum deals for six potential coronavirus vaccines that may or may not be successful.

The United States hopes to get 300 million doses by January from its investment program to accelerate a successful vaccine. The U.S. Centers for Disease Control and Prevention (CDC) has even advised states to be prepared for a vaccine launch as early as November 1.

But not all countries are capable of doing the same.

Organizations such as Doctors Without Borders, often at the forefront of vaccine supplies, say that making advanced deals with pharmaceutical companies creates “a dangerous trend of vaccine nationalism by wealthier nations.”

This in turn reduces the global stocks available to the most vulnerable in the poorest countries.

In the past, the price of life-saving vaccines has left countries struggling to fully immunize children against diseases such as meningitis, for example.

Dr Mariângela Simão, WHO Deputy Director-General responsible for access to medicines and health products, says we need to ensure that vaccine nationalism is kept in check.

“The challenge will be to ensure fair access, that all countries have access, not just those that can pay the most.”

Is there a global vaccine task force?

WHO is working with the Outbreak Response Group, Cepi, and the Vaccine Alliance of governments and organizations, known as Gavi, to try to level the playing field.

At least 80 rich nations and economies, so far, have joined the global vaccination plan known as Covax, which aims to raise $ 2 billion (£ 1.52 billion) by the end of 2020 to help buy and fairly distribute a drug across the country. world. The United States, which wants to leave WHO, is not one of them.

By pooling resources at Covax, participants hope to ensure that 92 low-income countries in Africa, Asia and Latin America also have “quick, fair and equal access” to Covid-19 vaccines.

The facility is helping to fund a variety of vaccine research and development activities and supports manufacturers in increasing production where needed.

Having a large portfolio of vaccine trials enrolled in their program, they hope that at least one will be successful so that they can deliver two billion doses of safe and effective vaccines by the end of 2021.

“With COVID-19 vaccines we want things to be different,” says Gavi CEO Dr Seth Berkley. “If only the richest countries in the world are protected, international trade, trade and society as a whole will continue to be hit hard as the pandemic continues to rage around the world.”

How much will it cost?

While billions of dollars are invested in vaccine development, millions more have pledged to purchase and supply the vaccine.

Prices per dose depend on the type of vaccine, the manufacturer and the number of doses ordered. Pharmaceutical company Moderna, for example, is reportedly selling access to its potential vaccine at a dose of between $ 32 and $ 37 (£ 24 to £ 28).

AstraZeneca, on the other hand, said it will provide its vaccine “for a price” – or a few dollars per dose – during the pandemic.

The Serum Institute of India (SSI), the world’s largest vaccine manufacturer by volume, is backed by $ 150 million from Gavi and the Bill & Melinda Gates Foundation to manufacture and supply up to 100 million doses of Covid vaccines. 19 successful for India and low- and middle-income countries. They say the maximum price will be $ 3 (£ 2.28) per serving.

But patients receiving the vaccine are unlikely to be charged in most cases.

In the UK, mass distribution will take place via the NHS health service. Medical students and nurses, dentists and veterinarians could be trained to support existing NHS staff in administering the jab en masse. The consultation is currently underway.

Other countries, such as Australia, have said they will offer free doses to their populations.

People who receive vaccines through humanitarian organizations – a vital cog in the wheel of global distribution – will not be charged.

In the United States, while the injection may be free, healthcare professionals may charge costs for administering the shot, leaving Americans uninsured who may face a bill for the vaccine.

So who gets it first?

Although drug companies will manufacture the vaccine, they will not decide who gets vaccinated first.

“Each organization or country will have to determine who immunizes first and how they do it,” Sir Mene Pangalos – Executive Vice President of AstraZeneca told the BBC.

As the initial supply will be limited, reducing deaths and protecting health systems are likely to take priority.

The Gavi plan provides that Covax member countries, high or low income, will receive enough doses for 3% of their population, which would be enough to cover health and social workers.

As more vaccine is produced, the allocation is increased to cover 20% of the population, this time giving priority to over 65s and other vulnerable groups.

After all have received 20%, the vaccine would be distributed according to other criteria, such as the country’s vulnerability and the immediate threat of Covid-19.

Countries have until September 18 to commit to the program and make advance payments by October 9. Negotiations are still ongoing for many other elements of the award process.

“The only certainty is that there won’t be enough – the rest is still in the air,” says Dr. Simao.

Dr. Berkley says a small buffer of about 5% of the total number of available doses will be set aside, “to build a stockpile to help with acute outbreaks and to support humanitarian organizations, for example to vaccinate refugees who might not otherwise have. access” .

How do you distribute a global vaccine?

Much depends on which vaccine is successful.

The ideal vaccine has a lot to live up to. It must be convenient. It must generate strong and lasting immunity. It needs a simple refrigerated distribution system and manufacturers need to be able to scale up production quickly.

WHO, UNICEF and Medecins Sans Frontieres (MFS / Doctors Without Borders) already have effective vaccination programs in place around the world with so-called “cold chain” facilities: cooler trucks and solar refrigerators to keep the vaccines to the right travel from the factory to the field.

But adding a new vaccine to the mix could pose huge logistical problems for those already facing a challenging environment.

Vaccines usually need to be stored in the refrigerator, usually between 2 ° C and 8 ° C.

It is not a major challenge in most developed countries, but it can be a “huge task” where infrastructure is weak and electricity supply and refrigeration unstable.

“Maintaining vaccines in the cold chain is already one of the biggest challenges facing countries and this will be exacerbated with the introduction of a new vaccine,” MSF medical advisor Barbara Saitta told the BBC.

“You will have to add more cold chain equipment, make sure you always have fuel (to run freezers and refrigerators in the absence of electricity) and repair / replace them when they break and transport them where you need them.”

AstraZeneca suggested that their vaccine would need the regular cold chain between 2 ° C and 8 ° C.

But it appears that some candidate vaccines will need an ultra-cold cold chain – storage at -60 ° C or colder before being diluted and distributed.

“To keep the Ebola vaccine at -60 ° C or colder we had to use special cold chain equipment to store and transport them, and we also had to train staff to use all of this new equipment,” said Barbara. Saitta.

There is also the question of the target population. Vaccination programs usually target children, so agencies will need to plan how to reach people who are not normally part of the immunization program.

As the world waits for scientists to do their part, many other challenges await. And vaccines aren’t the only weapon against the coronavirus.

“Vaccines aren’t the only solution,” says WHO’s Dr Simao. “You need a diagnosis. You need a way to decrease mortality, so you need treatment and you need a vaccine.

“Other than that, you need everything else: social distancing, avoiding crowded places and so on.”

What should i know about the coronavirus?

Another 906 cases of COVID-19, 2 deaths reported Wednesday in Utah