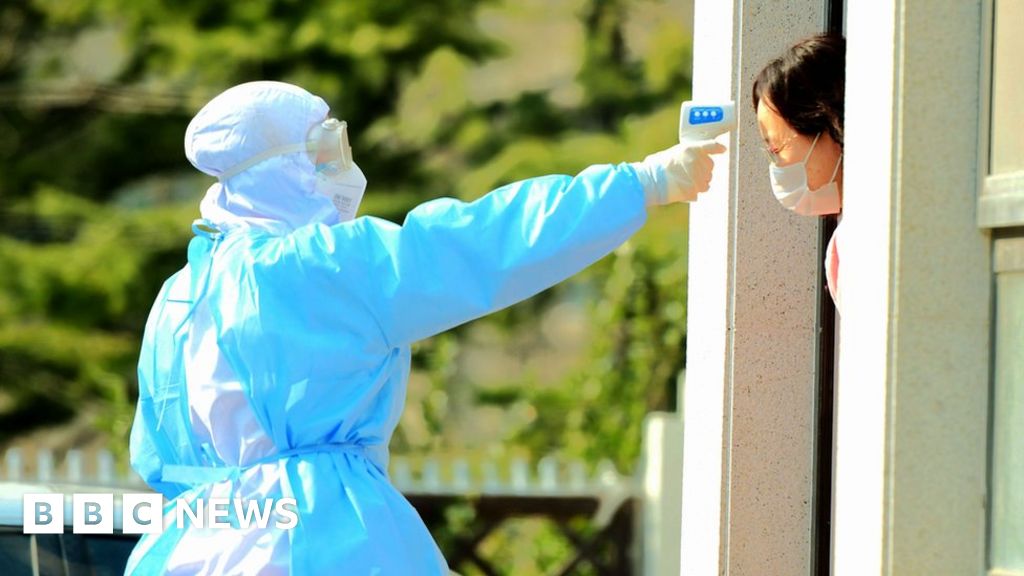 9 over a five-day period.

The mass tests come after a dozen cases were found linked to a hospital treating coronavirus patients from abroad.

In May, China tested the entire city of Wuhan, which is home to 11 million people and is the epicenter of the global pandemic.

The country has largely kept the virus in check.

This is in stark contrast to other parts of the world where high case numbers and blocking restrictions of varying severity still exist.

All of the cases were linked to the same hospital, the Global Times said.

Chinese authorities now have a mass testing strategy even when a new coronavirus cluster appears to be relatively minor, correspondents said.

Some 114,862 people – including medical staff and patients recently admitted to hospitals in the city – have already tested negative for the coronavirus, he said.

Videos circulating online showed local residents queuing up late on Sundays to take the test, the Global Times said, adding that some of these test spots were open from 7am to 11pm.

The new cases come a week after China’s Golden Week holiday, which saw millions of people travel across the country.

A Global Times report citing the Qingdao Municipal Bureau of Culture and Tourism said the city received 4.47 million passenger trips over this period.

The nearby city of Jinan, which is also located in the same province as Qingdao, has invited anyone who has visited the city since September 23 to undergo tests for the virus, according to a report by The Paper.

Earlier last month, Qingdao announced that two city dock workers dealing with imported seafood had tested positive for the virus. However, they were not known to have infected anyone else.

Daily coronavirus infections have dropped dramatically in China, and for the most part the country appears to have recovered from the worst of the virus.

However, the BBC’s Reality Check later estimated that the figure was closer to 9 million in 10 days, still a significant number of people.

Hundreds of test centers have been opened, with thousands of test personnel involved.