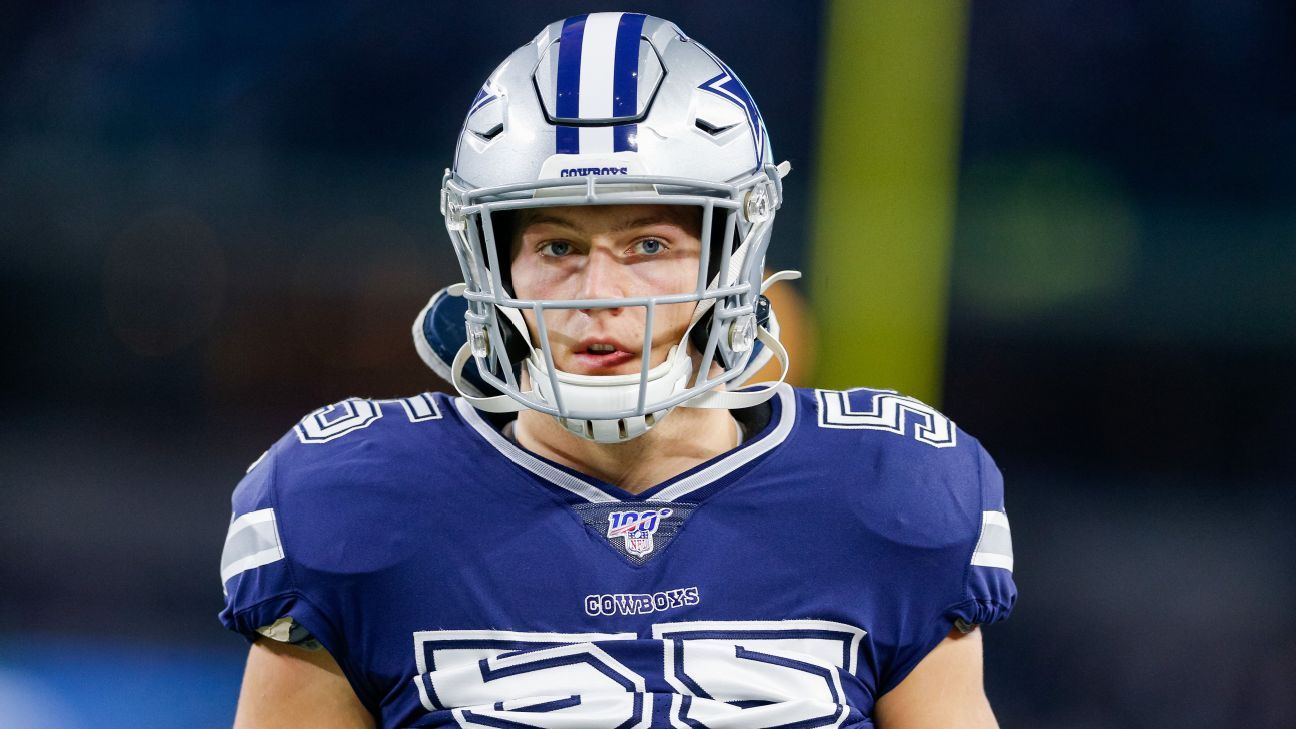 Dallas Cowboys linebacker Leighton Vander Esch left Sunday’s game against the Rams in Los Angeles with a collarbone injury and was ruled out.

The Cowboys defense remained on the pitch for 23 games in the first quarter, allowing for an opening touchdown. The second drive ended with a missed field goal attempt. Vander Esch was not credited with a tackle.

Vander Esch has taken on the role of central linebacker this season, changing positions with Jaylon Smith, and is serving as the defensive caller.

With Sean Lee on the reserve with injury and missing their first three games due to a pelvic problem, the Cowboys have veteran Joe Thomas and Justin March, who is mostly a special team player, on the reserve. Luke Gifford is among the inactive ones on the team and had been dealing with a hamstring problem.

Also for Dallas, early tight end Blake Jarwin and backup attacking striker Cameron Erving were sidelined for the start of the second half due to knee injuries.

Jarwin reached his right knee after falling to the ground during the run in the first half. They only came one or two plays after he took a 12-yard pass. The Cowboys signed Jarwin on a $ 22 million four-year contract in the off-season to replace Jason Witten, who only missed one game in his 16 seasons in Dallas.

Erving appeared to have his knee curled during the block in special teams.