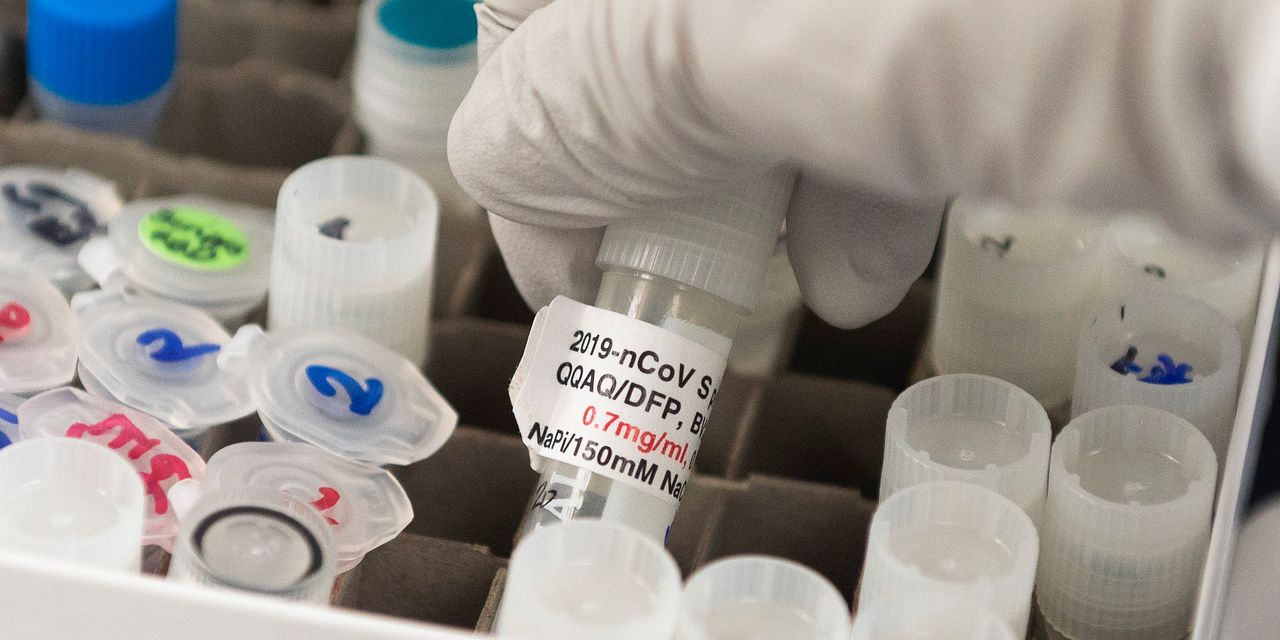 The race for the Covid-19 vaccine seems to have entered the home straight. For biotech investors, the problem may be just beginning.

Despite a recent withdrawal, biotech investors are considering multiple discoveries of the Covid-19 vaccine in the near future.

may have advanced clinical data as early as the end of October, while data from

is expected soon after.

they have also recently started their own late stage trials and may have data within a few months.

Optimism abounds: Moderna shares have more than tripled so far this year, while Novavax shares have risen more than twenty times. The so-called “vaccine trade” has become very popular with retail investors. After all, the federal government has opened its checkbook to companies trying to develop vaccines. Furthermore, the total addressable market includes all of humanity, at least in theory.

This euphoria belies the volatile nature of drug development: the vast majority of drug candidates never reach the market. Those that do often experience unpredictable bumps on the road. Potential safety or efficacy issues can arise at any point in the development process.

For the vaccine trade, this isn’t just a theoretical risk:

Monday said a planned vaccine trial would be delayed due to questions from regulators. Earlier this month,

suspended its vaccine testing after a patient became ill, although it has since recovered some. Such setbacks are trivial, but they can be very painful: Inovio shares fell 28% on Monday and lost about two-thirds of their value in three months.

The risks for investors do not necessarily evaporate even with successful results. The huge vaccine funding effort, which has been a boon to the industry, may become less beneficial to individual stocks as competition becomes a priority. Differentiation between vaccine candidates has yet to hurt stock prices, but investors should look for that dynamic to change. With no late-stage data to evaluate, it’s impossible to tell who is winning or losing the race.

A drug safe and effective enough to receive emergency clearance from the Food and Drug Administration will not necessarily be widely distributed if a competitor has superior data. Then there are major drug delivery issues to consider: for example, both the Moderna and Pfizer and the BioNTech vaccine require a booster shot, but the Johnson & Johnson treatment does not.

The risks do not vanish even for the winner of the race, should one emerge. Although the federal government will initially monitor any vaccine distribution efforts, it is unclear how many people will actually take the vaccine once it becomes available to average consumers. It will be up to any producer to convince the audience that the shot is worth getting.

Spreading bets might help, but even this strategy has limits. Some smaller developers have no product sales and would greatly benefit from a successful sales opportunity. But for larger companies, that benefit is more modest. Pfizer reported nearly $ 12 billion in sales in the second quarter alone, for example. Even a true blockbuster candidate will have a decent impact on total profits.

Don’t be surprised if this shot ends up burning.

Write to Charley Grant at charles.grant@wsj.com