Dontnod’s Twin Mirror will launch on Xbox One in December 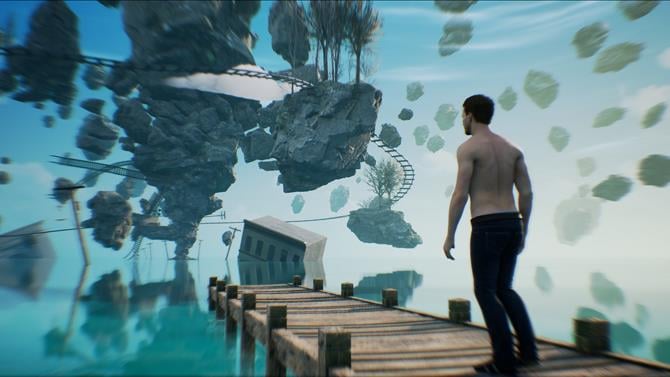 News on Dontnod Entertainment’s psychological thriller Twin Mirror has been pretty sparse in recent months, but now the developer has finally revealed a launch date for the game. Twin Mirror arrives on Xbox One, PS4 and PC on December 1st.
Twin Mirror follows the story of former investigative journalist Sam Higgs, who returns to his childhood hometown of Basswood, West Virginia for a funeral. What was supposed to be a fleeting visit soon becomes an extended stay. Sam is involved in a mystery and must use his detective skills to find out exactly what happened. The trailer doesn’t reveal much, but it teases the Mind Palace, a place that exists in Sam’s mind where he can revisit and reconstruct the memories of key events to understand that they happened.

If you are not a fan of episodic games, then you are in luck. Unlike Life is Strange and Tell Me Why, Twin Mirror will be available as a full experience from day one. In June, Dontnod said he redesigned the game to “allow players to enjoy this psychological thriller without interruption.”

Twin Mirror will launch on Xbox One on December 1st.

Starfield has received a “main engine rewrite” for next generation consoles

Morrowind completely restarted your Xbox during a few loading screens

What happens when a huge game demo fails at E3