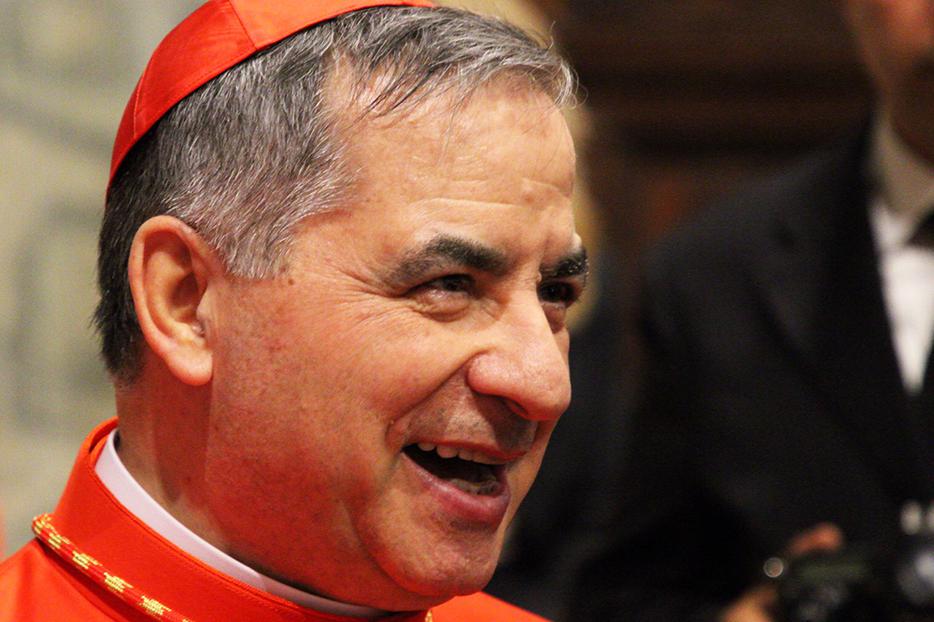 An Italian newspaper reported that Vatican prosecutors have received allegations that the funds were being transferred after Cardinal George Pell returned there to face allegations of sexual abuse.

VATICAN CITY – Vatican prosecutors are investigating allegations that Cardinal Giovanni Angelo Becciu channeled 700,000 euros through the apostolic nunciature in Australia – an action that an Italian newspaper suggests could be linked to the tense relationship between Cardinal Becciu and the Australian cardinal George Pell.

According to an article today Corriere della Sera, Secretariat of State officials have compiled a dossier showing numerous bank transfers, including one worth € 700,000 that Cardinal Becciu̵

The dossier was presented to the Vatican prosecutor in view of a possible imminent trial of Cardinal Becciu. Pope Francis accepted his resignation on September 24 and withdrew his rights as a cardinal, but the Vatican gave no reason for his dismissal. The cardinal denied the accusations against him as “surreal” and “all a misunderstanding”.

In his article, Corriere della Sera noted that Cardinal Pell, who the newspaper described as one of Cardinal Becciu’s “enemies”, had been forced at the time to return to Australia and face a trial on sexual abuse charges from which he was eventually cleared. .

Corriere della Sera he also reported that according to Msgr. Alberto Perlasca – official of the Secretariat of State who worked under Cardinal Becciu in the period from 2011 to 2018, when the cardinal held the role of Secretariat of State substitute (his deputy secretary of state) – Cardinal Becciu was known for “using journalists and contacts to discredit his enemies”.

“It is precisely in this sense that the payment in Australia would have been made, perhaps in connection with the Pell trial,” the article states.

The newspaper claimed in the article that it had not obtained confirmation that Cardinal Becciu was personally responsible for the Australian wire transfer, or who the beneficiaries of the transaction were, and was consequently investigating these matters further.

A Vatican source with in-depth knowledge of the issue confirmed the contents of the Corriere della Sera report to the Registry on 2 October and the existence of the bank transfer in Australia. “The year and date of the transfer are recorded in the archives of the Secretariat of State,” the source said.

The funds were “extra budget,” meaning they did not come from ordinary accounts, and were apparently transferred for “work to be done” on the Australian nunciature, the source said.

Cardinal Pell returned to Australia in 2017 to stand trial on sexual abuse charges at a time when he was making concrete progress on financial reform. Shortly before leaving Rome, he had told Pope Francis that the “moment of truth” was approaching in the Vatican’s economic reforms. The cardinal was tried, convicted and jailed in 2019 before all charges against him were quashed by the Australian High Court earlier this year.

Cardinal Becciu, whom Pope Francis had trusted and considered a faithful collaborator, was also behind the sudden conclusion of the Vatican’s first external audit in 2016, when attention turned to the accounts of the Secretariat of State and the expulsion of the Vatican’s first auditor general. , Libero Milone, after having initiated investigations into Swiss bank accounts managed by the Secretariat of State.

Mons. Perlasca, former right hand of Cardinal Becciu when the latter was substitute, was widely reported by the Italian media as a key figure behind the chain of events that led to the sudden and unexpected dismissal of the cardinal, after Msgr. Perlasca launched a “desperate and heartfelt cry for justice”, according to the Vatican expert Aldo Maria Valli.

But Cardinal Becciu’s lawyer, Fabio Viglione, said the cardinal “decisively rejects” the charges against him, and what Cardinal Becciu called “imaginary privileged relations with the press used for defamatory purposes against senior prelates” .

“Since these facts are openly false, I have received an explicit mandate to report the defamation from any source, in order to protect its [Cardinal Becciu’s] honor and reputation, before the competent judicial offices ”, concludes Viglione.

Several sources have said that Cardinal Pell, who returned to Rome on Wednesday, conducted his own investigation into possible links between Vatican officials and false allegations against him of sexual abuse, and that his findings will also be part of an upcoming hearing.

The registry asked the cardinal if he could confirm that he had made his own investigations, but he declined to comment “at this stage”.