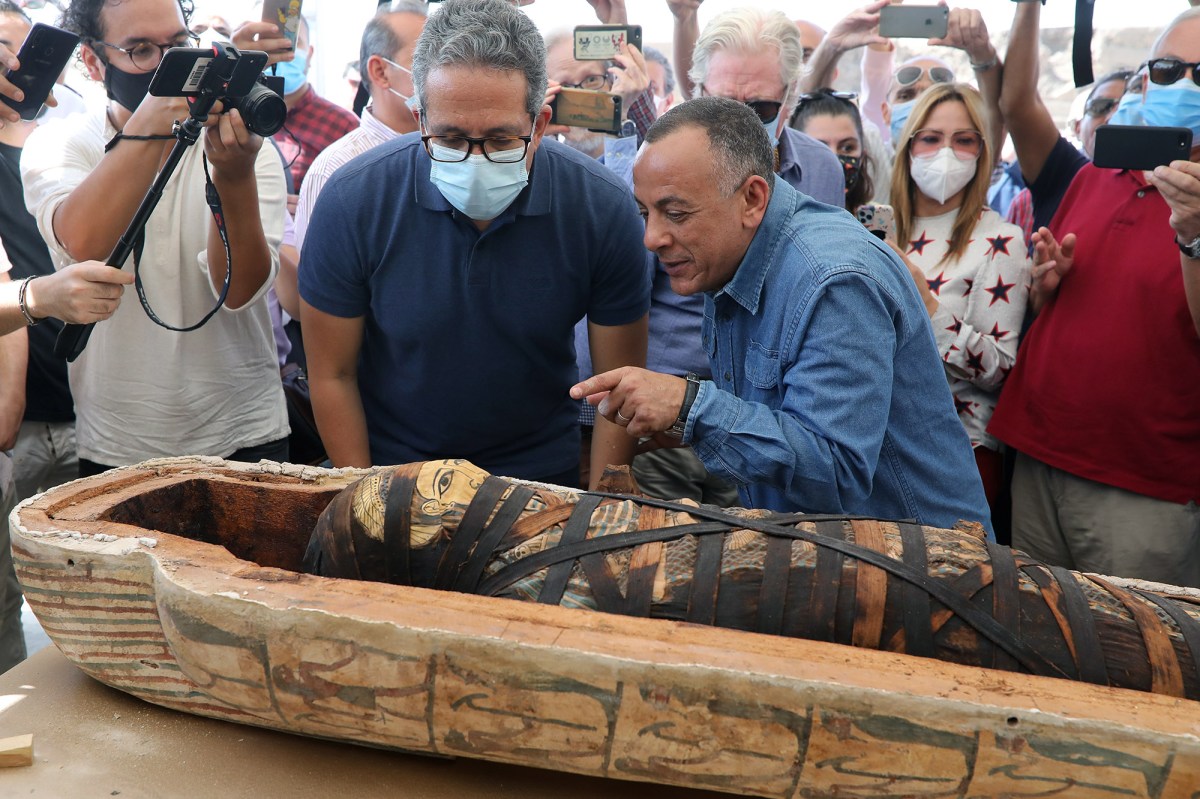 Dozens of 2,500-year-old coffins found in Egypt’s vast Saqqara necropolis were on display on Saturday.

The 59 coffins belonging to Egyptian priests and clerks of the 26th dynasty were discovered in August at the site south of Cairo. They were buried in three 30- to 40-foot wells, along with 28 statues of the ancient Egyptian god Seker, one of the most important funerary deities, Reuters reported.

The coffins were in perfect condition thanks to a protective seal that preserved them from chemical reactions over the centuries, said Mostafa al-Waziri, general secretary of the Supreme Council of Egyptian Antiquities. Initial studies show that the decorated coffins were made for priests, high officials and elites of the late Pharaonic period (664-525 BC).

One was opened in front of reporters to reveal the mummy inside, the Associated Press reported.

The Egyptian archaeological mission behind the discovery began excavating in 201

8. Previous discoveries included a deposit of mummified animals and the well-preserved tomb of a fifth dynasty royal priest named “Wahtye”.

The Saqqara Plateau is home to at least 11 pyramids, including the Step Pyramid, along with hundreds of tombs of ancient officials and other sites ranging from Dynasty I (2920 BC-2770 BC) to the Coptic period (395-642).

The mission will continue to open the coffins and study their contents before their eventual display at the Grand Egyptian Museum, which is expected to open next year.

A lobbying firm cuts ties with Turkey under pressure

The Mexican border state of Chihuahua is blocked again

The choice of Chile: outside the old, inside the new? – BBC news