Earth’s first mammals lived much longer than their modern counterparts 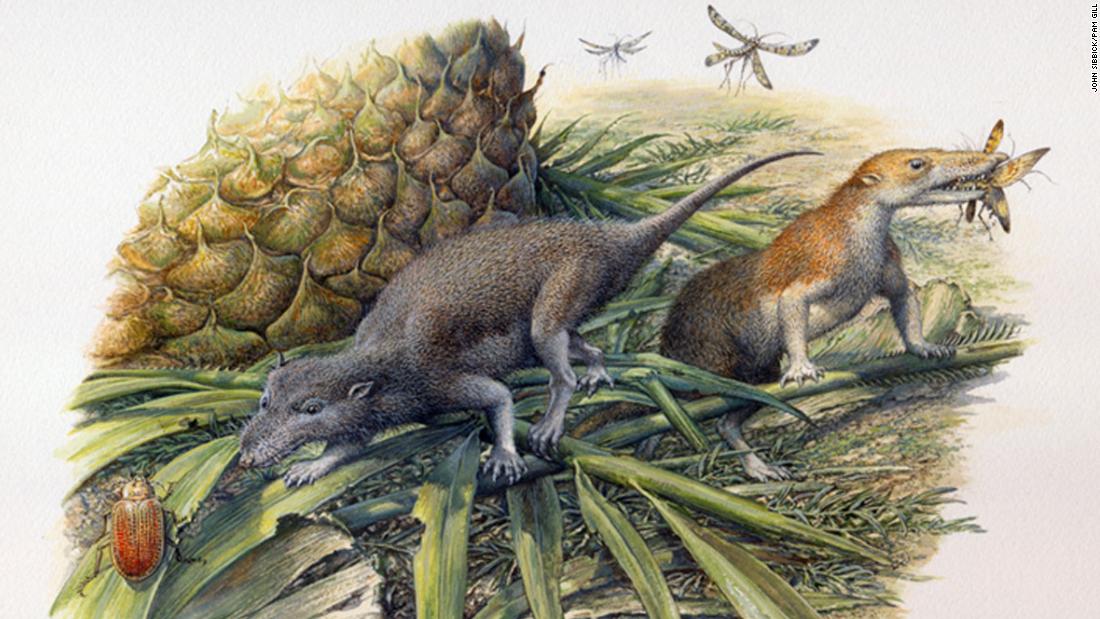 Using X-ray technology, paleontologists studied the fossilized teeth of some of Earth’s earliest mammals, Morganucodon and Kuehneotherium, shrew-sized insectivores that walked the earth alongside the first dinosaurs during the Jurassic marine transgression, in what now is Glamorgan in South Wales.

Experts from the UK’s University of Bristol and the Finnish University of Helsinki have studied growth rings in the dental orbits of mammals, finding that the animals lived up to 14 years – surprising given that modern animals of similar size, such as mice and shrews have a lifespan of between one and two years in the wild.

The tiny mammals had fallen into caves and holes in the rock, where their skeletons and teeth had fossilized and remained well preserved.

4 and Kuehneotherium up to nine. I was amazed because the lifespan was much longer than what we had predicted for tiny. mammals of the same size, ”Dr Elis Newham, a research associate at the University of Bristol, said in a statement.

“They were otherwise quite mammal-like in their skeletons, skulls and teeth. They had specialized chewing teeth, relatively large brains, and probably had hair, but their long lifespan shows that they lived life at a more reptilian pace than that of the mammals, “Newham said.

“There is good evidence that mammalian ancestors began to become increasingly warm-blooded by the late Permian, more than 270 million years ago, but, even 70 million years later, our ancestors still functioned more as modern reptiles than as mammals, “he added.

Newham said it was earlier he thought that key characteristics of mammals, including their warm blood, had all evolved simultaneously.

“On the contrary, our results clearly show that although they had larger brains and more advanced behavior, they did not live fast and died young, but led slower and longer lives, similar to that of small reptiles, such as lizards. “.

However, while mammals had a reptilian pace of life, experts found evidence of prolonged exercise in the bone tissue – which contained blood vessels and fat – of the early mammals.

“We found that in Morganucodon’s thigh bones, blood vessels had somewhat higher flow rates than in lizards of the same size, but much lower than in modern mammals. This suggests that these early mammals were active longer than the small reptiles but may not live the energetic lifestyles of living mammals, “Newham added.

The research was published Monday in the journal Nature.