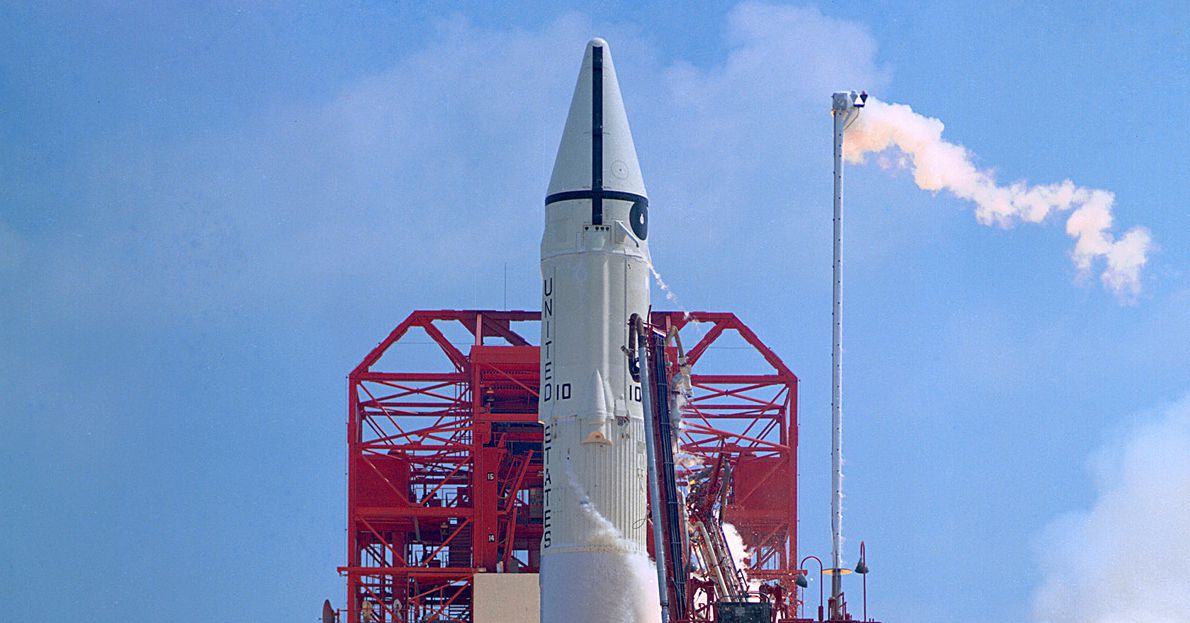 Earth is about to have a temporary mini-moon, and this could be space junk. Researchers are monitoring an object that appears to be captured by Earth’s gravity for a few months this winter before safely returning to the Solar System. It could be a standard asteroid, but some astronomers say the mysterious object’s path indicates it could be a part of a 1960s rocket.

“I’m pretty excited about this,” said Paul Chodas, the manager of NASA’s Center for Near Earth Object Studies. The Associated Press. Chodas is one of the world’s leading asteroid experts and has been looking for returning space debris for decades, he told AP.

The object was first identified last month by researchers from Hawaii. They called it 2020 SO and designated it as a near-Earth asteroid.

But the object is a bit strange for a typical asteroid. It moves relatively slowly, is on the same plane as the Earth, and has an almost circular orbit around the Sun, just like the Earth. All of these characteristics are “red flags,”

; according to Chodas, which could indicate that the object was once launched from Earth.

“This is exactly the kind of orbit that a rocket stage separate from a lunar mission would follow, once it passes close to the Moon and escapes into orbit around the Sun. It is unlikely that an asteroid could have evolved into an orbit like this. but not impossible, ”Chodas said CNN in the month of September.

The object appears to be 26 feet long, about the same size as the upper stage of a Centaur rocket. This, plus its path through the solar system, makes it a good match for the rocket that helped launch NASA’s Surveyor 2 mission in 1966. The mission itself was a failure. After being successfully launched, one of the thrusters aboard the spacecraft malfunctioned, causing it to plummet into the moon.

The booster that launched the ill-fated spacecraft continued to go beyond the Moon and into the Solar System. Researchers will be able to determine if 2020 SO is the booster, and not a space rock once, the object gets a little closer. Boosters like this are made of relatively light metal – they won’t move in the same way as a dense rock in space.

Whatever the object, it should remain in Earth’s orbit for a few months this winter before continuing its journey. Only a few of these temporarily (or, informally, mini-moons) captured objects have been observed, including one that lay dormant between 2006 and 2008, and another that went unnoticed for about a year before leave in March 2020.