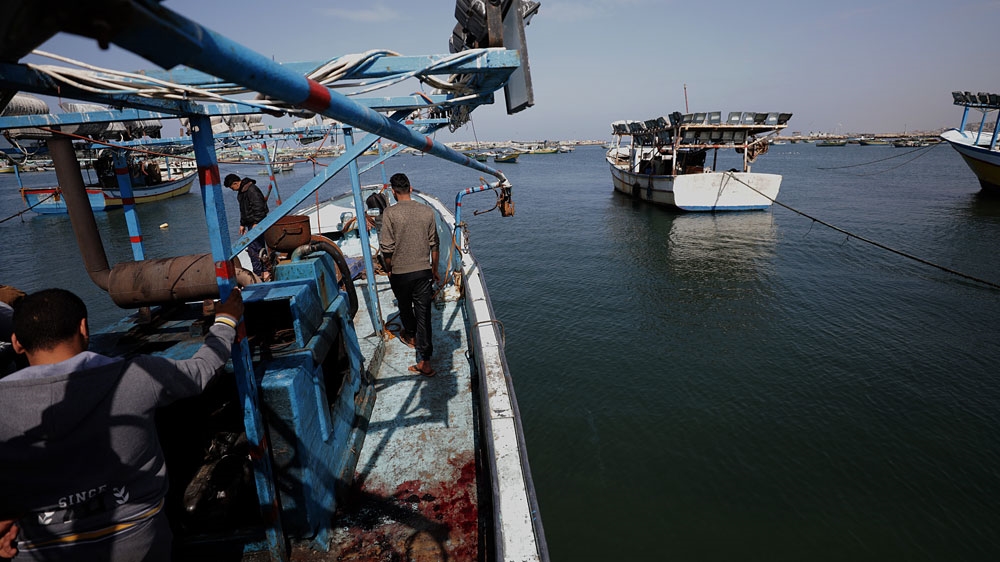 The fishermen, who were brothers, were shot off the coast near the southern border town of Rafah.

The bodies of two Palestinian fishermen who Palestinian officials say were killed by Egyptian naval forces were returned to the Gaza Strip, the territory’s interior ministry said.

The fishermen, who were brothers, were killed on Friday off the coast near the southern border town of Rafah. A third brother was injured and was undergoing treatment in Egypt.

Hamas, the Palestinian group in government of Gaza, condemned the violence and called on Egypt to investigate the incident.

“There is no justification for the repeated violent treatment of those trying to make a living for their children,”

; Hamas said in a statement Saturday.

There have been no immediate comments from Egyptian officials, but the Palestinian Fishermen’s Union in Gaza said its fishermen usually work near the Gaza-Egypt sea border and the Egyptian navy is aware of their presence.

“Even if they happen to go over the limit, shooting and killing them is inexcusable,” said Nezar Ayyash, head of the union. “They could have stopped them because their boat’s engine is weak and can’t run faster than the navy boat.”

Egypt sent the bodies Saturday evening through the Rafah crossing, Gaza’s main gateway to the outside world, on its 13 km (8 mile) border with the Gaza Strip.

Israel and Egypt imposed a blockade on Gaza in 2007 to isolate Hamas after it took control of the territory from the Palestinian Authority.

Hamas’s relations with Egypt have gone through hot and tense phases, but Cairo has been a long-time mediator between Hamas and Israel, securing numerous ceasefire agreements and unofficial truces between the two sides to stop cross-border fighting .

Ayyash said the Egyptian military has killed six Gaza fishermen in separate incidents over the past 14 years.

He said the fishermen will go on a general strike for three days to protest the loss of their colleagues.