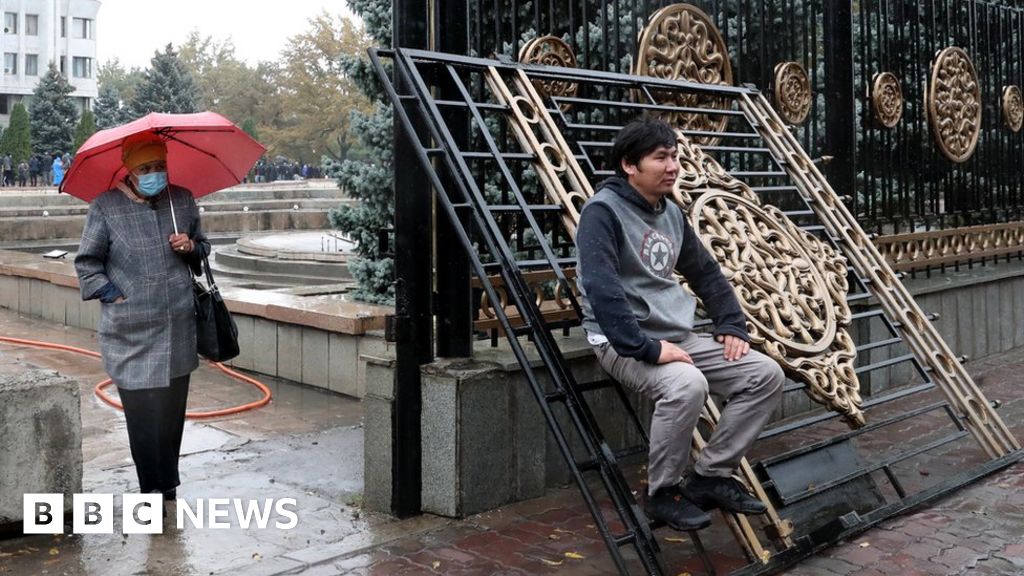 A power vacuum threatens to destabilize Kyrgyzstan, which is struggling to find legitimate ways to initiate a power transfer following the violent uprising over a result of controversial parliamentary elections. The euphoria felt after opposition groups took over the parliament building quickly turned into uncertainty and insecurity.

As the government appears to be demoralized by past events, mafia dominance is spreading across the country. People break into government offices and appoint their leaders to positions of president, mayor or minister.

However, these self-declared “dates”

; can quickly be canceled by another larger crowd. This is what happened to party leader Bir Bol Almambet Shykmamatov, who declared himself the new attorney general only to hand over the post to a representative of another party who showed up in the office building with a few hundred people.

Several coordination councils were formed to enforce order in the streets and to effect a transfer of power. Each of them claims to represent the authority during the transition period.

Some groups have used this power vacuum to release jailed politicians with controversial backgrounds, including former president Almazbek Atambayev, who was jailed for corruption, and Sadyr Japarov, a former MP from the nationalist Ata Jurt party who was sentenced to 10 years in prison for take a hostage.

Melis Myrzakmatov, a well-known former mayor of Osh, the second largest city in Kyrgyzstan, has also returned from self-exile and has begun to rally his supporters. Mr. Myrzakmatov is known for his nationalist rhetoric in the region where the ethnic riots took place in 2010, when he was mayor.

The emergence of these figures and groups inevitably leads to a struggle for power, as each of them aims to promote their own interests.

The focus of the main battle became the prime minister’s job.

On Tuesday, a group of 35 MPs gathered in a hotel behind closed doors and announced that Japarov was the new prime minister. The next day, another group said Tilek Toktogaziev, from a rival party, would fill this role. At this rate, some observers joke, Kyrgyzstan will have a new prime minister every day.

All of these new councils and appointments have little or no legitimacy. Under the Constitution, a majority party or coalition must nominate a candidate for prime minister, then parliament votes to approve his candidacy. And at least 61 out of 120 parliamentarians must be present. The session must also be open to the media and public scrutiny. None of these procedures were observed.

The only legitimate body is the parliament itself, says Saniya Toktogazieva, a lawyer and constitutional law expert.

“The only way out is to have an extraordinary session of parliament where they appoint a new cabinet,” says Ms. Toktogazieva. Then, he adds, parliament must impeach the president if he refuses to step down voluntarily. The president of parliament will become interim president and will ask for a repeat of the elections.

Many in Kyrgyzstan blame President Sooronbay Jeenbekov for allowing the systematic buying of votes and other widespread irregularities during parliamentary elections to ensure that only parties loyal to him have won seats in parliament. And after the violent crackdown on the protesters, the opposition parties want Jeenbekov to leave.

However, Kyrgyz ambassador to the UK Edil Baisalov says both the president and parliament need to be used to overcome the current crisis.

“We shouldn’t delete it – [Sooronbay Jeenbekov] he is still the head of state. He is ready to ensure succession and legality, as Kyrgyz told the BBC. Those who demand impeachment do not understand what it can lead to. It could lead to banditry, to the appearance of local kings, who declare some councils that they want to take power. ”

In the interview with the BBC Kyrgyz, Jeenbekov said he was “ready to give responsibility to strong leaders”, but in his public speeches he only called for a dialogue and a return to the legal framework.

This is the third uprising since 2005 in Kyrgyzstan. The “Tulip Revolution” in 2005 and the “April Revolution” in 2010 that ousted the ruling presidents were followed by looting, takeover of private companies by force and, in 2010, ethnic clashes.

This time, after what is now widely referred to as the “October Revolution”, many fear that such unrest and violence will repeat itself. The country is already facing growing instability both in the capital and in the regions.

Persons linked to criminal groups attacked and seized several gold and coal mines in Issik Kul, Naryn and other regions. In some cases, they set fire to equipment and physically assaulted workers.

“There was a large group of people on Wednesday night,” said Taalay Nasirdinov, a member of the reformist party. “They walked down the street and threw stones. We followed them to make sure nothing happened. I think they were provocateurs who wanted to loot shops and thereby discredit us – protesters who fought for free and fair elections.”

Vigilant groups also gathered outside the prime minister’s office building. They prevented supporters of Mr. Japarov to take over the building.

Tensions remain high as too many opposing political groups impose their own agenda on others.

“We have such chaos,” said Mr. Nasirdinov. “If things continue as they do now, we will never reach a consensus. Instead of one dragon – President Jeenbekov – we now have at least three or four and that could separate us following different interests. And I’m afraid of the worst case scenario – a civil war. I’m afraid we could lose our country. “