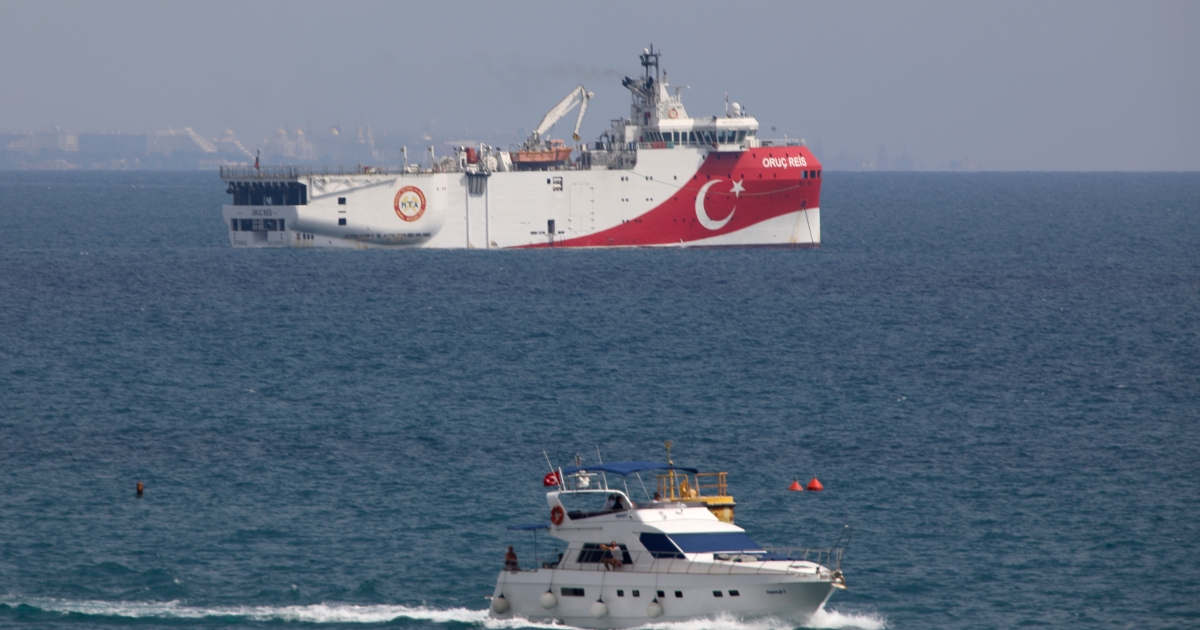 Athens, Greece – EU leaders face a difficult balancing act on EU-Turkey relations on the eve of a crucial summit.

The EU Council meeting, with the Eastern Mediterranean dispute high on the agenda, takes place on Thursday and Friday after being postponed last week when Council President Charles Michel tested positive for the novel coronavirus.

On Wednesday, Turkish President Recep Tayyip Erdogan said in a letter to the 27 leaders: “I would like to stress once again that we are ready for dialogue with Greece without preconditions”, while urging Brussels to “remain impartial” to help resolve a “new test” in bilateral relations.

On the one hand, EU leaders are keen not to upset Turkey as it prepares to reopen a dialogue with Greece on the delimitation of maritime jurisdictions after a four and a half year hiatus.

3, Turkey withdrew its exploration vessel, Oruc Reis, from the waters assigned to Greece under United Nations Law of the Sea. A stalemate that lasted the summer almost saw the two NATO members go to war. The withdrawal of Oruc Reis satisfied a Greek precondition for the resumption of talks.

On the other hand, EU leaders face a strong call for sanctions against Turkey by the EU of Cyprus, towards which Turkey has shown no softening.

A Turkish seismic reconnaissance ship and a drill ship remain on the continental shelf of Cyprus, an area in which Cyprus exercises exclusive rights to exploit the mineral wealth under the sea floor.

Assessing rewards and punishments for Turkey is complicated by the fact that the EU is currently trying to assert its authority in Belarus as well by imposing sanctions for electoral fraud. Cyprus threatens to veto those plans if it does not get sanctions against Turkey.

“It will be extremely difficult for Cyprus to abandon its veto threat without getting something in return… we could end up in a dead end. The thriller of this summit will be about Cyprus, “said Kostas Yfantis, professor of international relations at the Panteion University of Athens and an expert on Turkey.

Unsurprisingly, Cyprus’ stance has caused irritation among Nordic politicians closer to the Belarusian border than Turkish ones.

“Cyprus continues to veto sanctions against the repression and falsification of elections in Belarus. This will become a powerful argument for abandoning the principle of unanimity on issues like these, “tweeted former Swedish Prime Minister Carl Bildt, who now co-chairs the European Council for Foreign Relations, a group of experts.

Germany, which currently holds the EU Presidency and has helped broker renewed talks between Greece and Turkey, would have told Cyprus not to expect sanctions as they would strengthen Turkey’s position and would be counterproductive.

Many Greeks and Greek Cypriots see this as an appeasement.

“I don’t understand the logic. Now you have power with armies on Syrian, Cypriot, Iraqi and Libyan soil, three of them illegally … and we have an EU obsessed [Belarus president Alexander] Lukashenko does not hold fair elections, ”said Angelos Syrigos, professor of international law and member of parliament.

The latest diplomatic barrage was triggered on 21 July by Turkey announcing its intention to search for oil and gas in the waters assigned to Greece under the United Nations law of the sea. The navies of the two countries remained fully deployed for the rest of the summer. In Cyprus, however, Syrigos believes that EU leaders have failed for years to defend Europe’s sovereign maritime rights.

“What’s really important is that we have the sanctions list because that’s what appears to have acted as a deterrent to Turkey’s provocative actions recently,” Greek government spokesman Stelios Petsas said on September 23.

A leaked list of sanctions approved by EU foreign ministers in late August range from targeting companies providing goods and services to the Turkish exploration fleet, to cutting EU disbursements to Turkey and European bank credit to Turkish companies.

Greek experts, however, are clear that the EU position is hypocritical.

“Cyprus is saying the obvious: you can’t have sanctions against Belarus … which doesn’t directly affect an EU member – they are sanctions in principle – and you can’t get them against a third country that actually tramples on maritime sovereignty of a member state, “said Konstantinos Filis, executive director of the Athens Institute of International Relations.

Filis believes Turkey will likely stop talks with Greece unless pressured by the EU.

“Greece does not want sanctions to punish the Turkish people or the Turkish economy. It wants them so that Turkey aligns itself with responsible policy that is not destabilizing or hostile to EU members. I don’t think there is disagreement on this. . There are varying degrees of enthusiasm depending on the depth and duration of the measures, “he said.

The standoff between Greece and Turkey revealed deep divisions within the EU vis-à-vis Turkey. France and Austria took the most vigorously anti-Turkish stances along with Greece and Cyprus, but broader EU solidarity was also expressed.

On 10 September, seven members of the Mediterranean EU (Portugal, Spain, France, Malta, Italy, Greece, Cyprus) condemned the Turkish actions when they met in Corsica for their annual summit. The Med7 statement expressed “full support and solidarity with Cyprus and Greece in the face of repeated violations of their sovereignty and sovereign rights, as well as confrontation actions by Turkey”. The fact that this declaration was signed by two of Turkey’s largest trading partners, Italy and Spain, had diplomatic significance.

In her annual State of the EU address a week later, European Commission President Ursula von der Leyen was unequivocal: “Yes, Turkey is in a problem neighborhood. And yes, it hosts millions of refugees, for whom we support them with substantial funding. But none of this justifies attempts to intimidate his neighbors. Our Member States, Cyprus and Greece, can always count on Europe’s full solidarity to protect their legitimate rights of sovereignty. “

Germany has tried to stay on the sidelines as a mediator of talks and Turkish Foreign Minister Mevlut Cavusoglu praised it as “a truly objective country”.

But in this summit, Greece and Cyprus will seek not objectivity, but EU solidarity that von der Leyen alluded to.