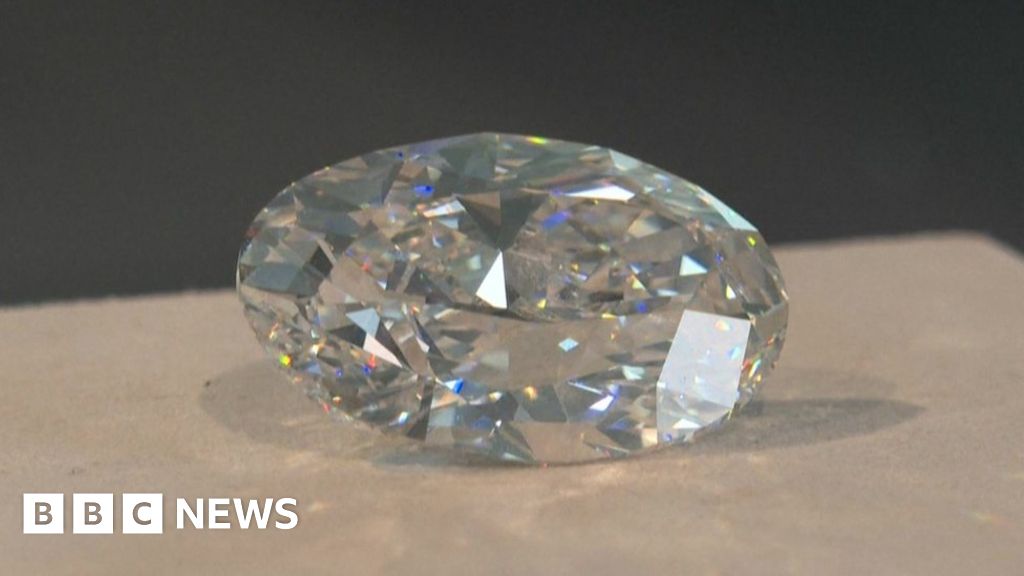 The gem went to an unnamed telephone bidder. The auction was held online at Sotheby’s in Hong Kong due to the pandemic.

The diamond was taken from a 271-carat stone that was discovered in a Canadian mine in 2018.

Only seven other diamonds larger than 100 carats and of the same quality went under the hammer.

The stone did not have a reserve price, a minimum price that the seller is willing to accept for an item.

It is the first time in history that a diamond has been auctioned in this way.

Sotheby’s described the diamond as “flawless” and said it was “hard to overstate its rarity and beauty”.

He said that by not having a reserve price, the seller had made a “bold decision that came back to bite them.”

In 2017, a 163-carat diamond necklace sold for $ 33.7 million at a Christie’s event in Geneva. The diamond, taken from a 404-carat stone in Angola, is said to be the largest diamond ever presented at auction. The identity of the buyer was not disclosed.

The price of about $ 2.6 million per carat set a world record for a pink diamond, according to the European head of the Christie’s auction house.

Canada, one of the largest diamond producers in the world, is no stranger to large gemstones, although large-scale mining for the stones only began there in the 1990s.

Two years ago, the Dominion Diamond Mines company announced the discovery of a 552-carat yellow gemstone, a North American record, at its site in the Northwest Territories, 135 miles (215 km) south of the Arctic Circle.

The previous record-breaking diamond was found in the same mine in 2015.

That stone – the Foxfire, a two billion-year-old 187.7-carat diamond – has been exhibited around the world, including for a few weeks at Kensington Palace in London.

Canadian diamonds, often found in the remote northern regions of the country, have a reputation for being conflict-free and more sustainable sourced than stones from other nations.

This reputation is promoted and protected by industry and local governments, even as environmental activists argue that the mines are harming the fragile northern ecosystem.

Asian stocks, US stock futures drop due to coronavirus, US election concerns by Reuters