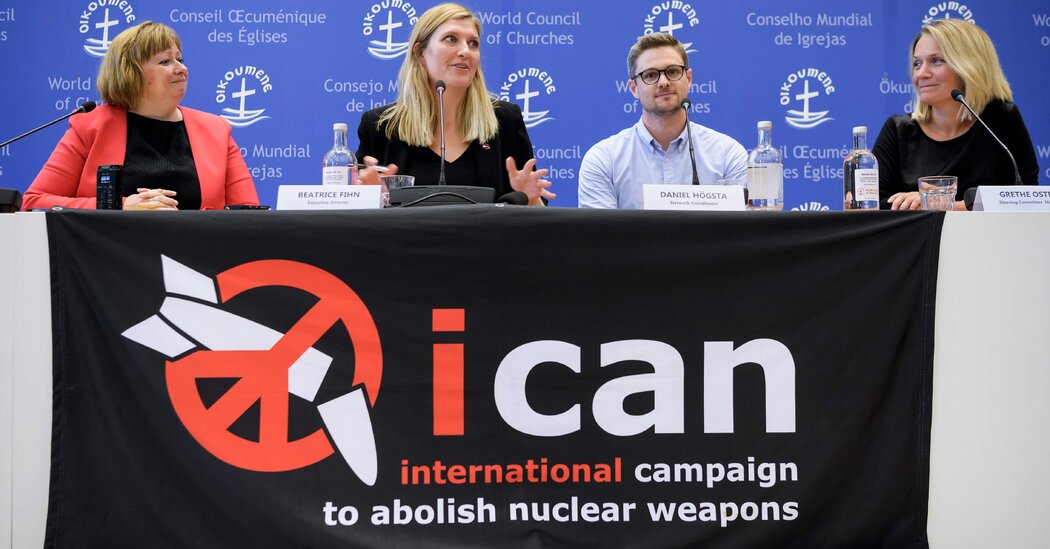 However, delegates from 122 countries – nearly two-thirds of UN members – participated in the negotiations for the treaty and 84 signed it. As of Sunday, 44 of those countries had ratified the treaty, which would enter into force 90 days after the 50th ratification. At least one or two other countries could ratify it in the coming days or weeks.

Under the treaty, all use of nuclear weapons, the threat of use, testing, development, production, possession, transfer and stationing in a different country would be prohibited. For joining nuclear-armed countries, the treaty outlines a process to destroy stocks and deliver on the promise to remain nuclear-free.

The signatories to the letter are all from countries that have refused to accede to the treaty, arguing that US nuclear forces are essential to their own security. They are Albania, Belgium, Canada, Croatia, Czech Republic, Denmark, Germany, Greece, Hungary, Iceland, Italy, Japan, Latvia, Netherlands, Norway, Poland, Portugal, Slovakia, Slovenia, South Korea, Spain and Turkey.

Five of these countries – Belgium, Germany, Italy, the Netherlands and Turkey – are believed to harbor American nuclear weapons on their territory and would therefore be required to remove them if they acceded to the treaty.

Proponents of the treaty said they never expect any of the nuclear-armed states to move quickly to sign the treaty and demolish their arsenals. But they hoped that widespread acceptance of the treaty would lift public pressure and that the “shameful effect” on the resistance would change their position.