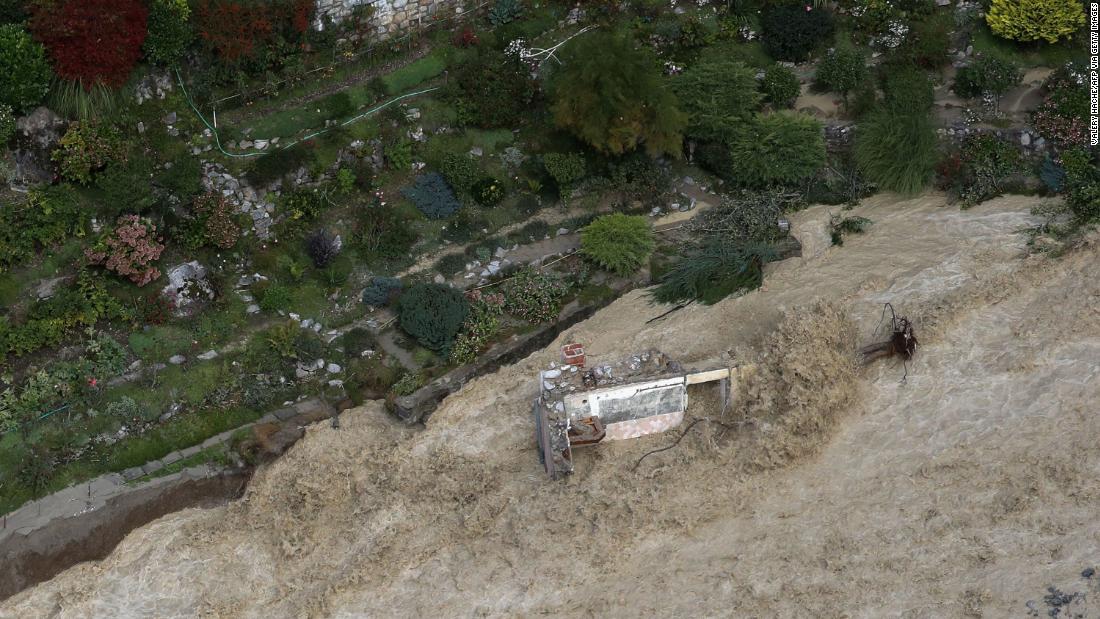 The storm, nicknamed Alex, devastated several villages around the city of Nice on the French Riviera. Nice Mayor Christian Estrosi called it the worst flood disaster in the area for over a century after flying over the worst-hit area by helicopter.

“The streets and about 100 houses have been cleared or partially destroyed,” he told French news channel BFM.

At least eight people had gone missing in France, authorities said. These included two firefighters whose vehicle was carried away by a flooding river, according to local witnesses quoted by several French media.

In Italy, at least one person died and up to 11 people went missing, local authorities said.

A firefighter was killed by a tree fall in the Aosta Valley region, while three people traveling in a van were swept away by the floodwaters of the Val Roya, on the border with France.

Six German trekkers were among the missing after not returning from a trip to the mountains in the province of Cuneo.

Television images shot in Italy showed that several roads and bridges in the north-west of the country were swept away by the floods and that numerous rivers broke their banks.

Eric Ciotti, a member of the French parliament who hails from one of the most affected villages in the area, Saint-Martin-Vésubie, said several villages have been cut down because they are located in the steep valleys of the mountainous region.

Meteo France said that in some areas, rainfall of 450 mm (17.7 in) was recorded over a 24-hour period, the equivalent of nearly four months of rain at this time of year.

There was more rainfall than on October 3, 2015, when the floods killed 20 people in and around the city of Cannes, Jérémy Crunchant, director of civil protection, told France Info.

Venice, a long-delayed flood barrier system successfully protected the lagoon city from a high tide on Saturday for the first time, bringing great relief after years of repeated flooding.

The deadliest shipwreck of 2020: at least 140 migrants drown off the coast of Senegal