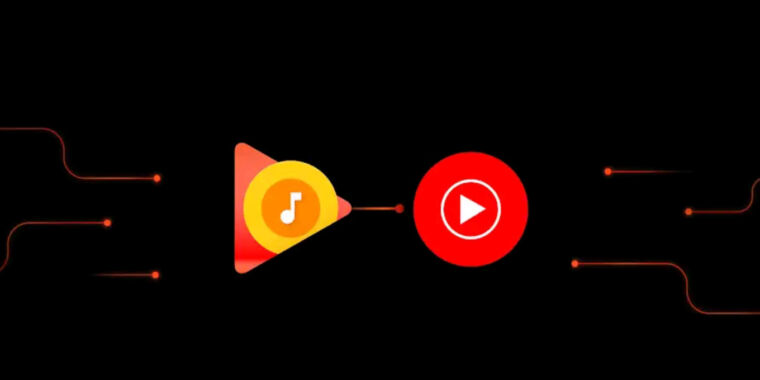 Google was talking about a smooth transition from Google Play Music to YouTube Music, and although the initial transfer process will bring all of your Google music to YouTube Music, the YouTube Music service is nowhere near ready for prime time and a streak is missing. of Features. Support for playing uploaded YouTube Music playlists began rolling out to the Google Assistant this month, but hasn’t reached everyone yet. At the moment I can’t start music with my voice, even with YouTube Music selected in the settings. My speakers just tell me “I can’t do this here, but you can ask me to play it on one of your other devices”. There are similar reports on the YouTube Music subreddit.

Google Music is expected to shut down completely this month. At the moment, the only thing left is streaming via the smartphone app and the Google Music website.

Is Google Play next on the cutting board?

In addition to losing the music store to YouTube Music, in the last few days we have seen the “Movies & TV” store duplicate in the new “Google TV” app. Google’s media apps previously had seamless links to their own sections in the Play Store, but that’s not what’s happening here – Google TV launched with an entire store duplicated in the app’s code base. On the Google Play Books front, Android police recently spotted an experimental UI test for the Play Store that removed the “Books” section entirely. This leaves nothing but apps for the Play Store.

We may be on the way to an app store-only version of the Google Play Store. It would certainly make navigating the app much easier, which is currently a nightmare to negotiate, with deep cascading sections for each wing of Google’s media empire. This would also be an opportunity to kill the terrible Google Play brand. We have already lost Google Play Music to YouTube Music and Google Play Movies and TV now totally resides in the “Google TV” app. That leaves the worst branded item, Google Play Books, which could easily be Google Books, and then only the Google Play Store remains. The “Google Play Store” branding wouldn’t make much sense at this point, but would Google want to make the millions of printed posters, postcards and web buttons out there obsolete?